Edison Vargas, president of the Fuerabamba community, announced this Saturday that they would not attend the dialogue table called by the Presidency of the Council of Ministers (PCM) for next May 7. For this meeting, the Government also summoned the community of Huancuire, and the mining company Las Bambas, in order to reach agreements and avoid more confrontations such as the last ones registered in the mining area of ​​Apurímac.

“For us it is a mockery and an offense that now we have just received a letter where the premier wants to talk with us, when at the time we have requested it. After they have massacred us, I don’t think we are going to accept this meeting.”, he said in dialogue with Successful.

The leader recalled that the community of Fuerabamba sent letters to the government and to the mining company so that they can know that they will not be able to remove “not one gram of copper from Las Bambas.” “If they try to reactivate their operation, we will no longer be responsible for things that happen”narrowed down

When Vargas was asked if the principle of authority could be taken into consideration, the community representative replied: “Here we will assume the consequences, as a community they will kill us here and so far they have not informed us of the situation of these invaded properties.” , he added.

The President of the Community of Outbamba described as “treason” the eviction from the land of The Bambas. He recalled that they had requested a dialogue with the Minister of Energy and Mines for that date.

“I am exposing the decision of the people, it does not depend on me. [La decisión fue tomada] today at 8 in the morning. Things are clear, the community does not want, they are sore […] This would not have happened when we asked for dialogue with the Minister of Energy and Mines”he claimed. 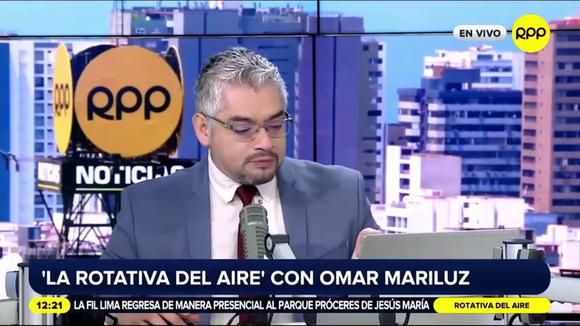 Apurímac: they report that community members from Huancuire tried to attack a helicopter from the Las Bambas mine |

Authorities occupy 700 packages of what they presume cocaine

Two Dominicans are arrested. The authorities occupied this Saturday 700

May 1: Against hunger and famine. For work, salary and in defense of social security

The decree was published in the Official Gazette No. 42,364

Authorities occupy 700 packages of what they presume cocaine

Electronic invoicing will now be mandatory: benefits and novelties compared to traditional invoices

Updated on 04/30/2022 09:47 am Social networks will have initially mocked the mandatory implementation of the

Updated on 04/30/2022 09:58 am The Subcommittee on Constitutional Accusations of the Parliament appointed Congressman Wilson

Pedro Castillo arrived in the country almost at midnight: could he have been vacated if he did not enter Peruvian territory?

The regional councilor for HuancavelicaTeobaldo Quispe Guillen, referred to the problem of buying tractors for producers

All about the business visa for Peru

What is a business visa? Who are they given to? The visa A business permit is