The movement of earth for the construction of the Chinchero International Airportlocated in Cuzcohas a progress of 75% and is ready to start works such as the air terminal and the control tower, reported the Ministry of Transport and Communications (MTC).

He added that said air terminal aims to be the second largest in the country.

He also pointed out that the Chinchero consortium, in charge of earthworks, has completed the cut and fill works in areas corresponding to milestones 2, 3 and 4 of the work.

LOOK: MTC: Construction of the Chinchero Airport passenger terminal and control tower will begin in May

After that, these areas will be transferred to the contractor in charge of the main works to start the execution of the airport infrastructure.

The TCM He mentioned that in milestone 2, which includes sector E1, the general aviation hangar (a place used to store and maintain aircraft) and the fuel supply and wastewater treatment plants will be built. The extension is 875,518 m².

Sectors E4 and E9 are located at milestone 3, with an area of ​​980,750 m² and 2,450 m², respectively. Concrete and asphalt plants will be installed at these points, activities will begin to shape the perimeter roads and internal accesses will be made for the beginning of the construction of the taxiways.

At milestone 4, sectors E6 and E7 are located, with an area of ​​463,972 m² and 318,290 m², respectively. Internal accesses will be built here for the start of construction of the runway and taxiways.

The Chinchero consortium handed over to the MTC six months ago sectors E2 and E3 (milestone 1), which have an area of ​​36 hectares. The air terminal will soon begin to be built in this space.

When the new airport infrastructure is ready, it will receive up to 5.7 million passengers per year and the flights will come from South America. This will allow capturing higher income for the country and the Cusco region due to the expenses that tourists will make.

This project, which will be executed in the Cuzco will require an investment of more than S/ 2.4 billion. 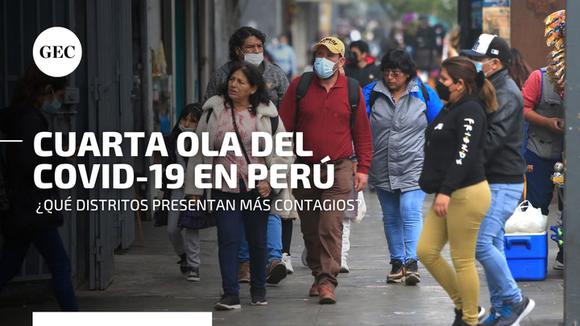 Given the increase in cases of COVID-19 in our country and after confirming the start of the fourth wave, the EsSalud spokesperson, Edwin Neciosup, tells us what the current panorama of the pandemic is.

The movement of earth for the construction of the Chinchero

Cormidom miners are still alive despite the collapse

The person in charge of communications of the Dominican Mining

Bonarda, the strain of common wines that became the protagonist of quality wines

Politicization of the Census process

If the national government complied with the State policies according

Cormidom miners are still alive despite the collapse

During his presidential address, the president peter castle announced a new bond of S/1,250 and confirmed

Exports of Peruvian chullos totaled US$ 143,962 until May, according to ADEX

The export of peruvian chullos to the world added US$ 143,962 in the first five months

Prepare the complaint. President peter castle He informed through his social networks that he will initiate