The fire reported in the Mutualista market around 10:45 p.m. this Sunday went from affecting a corridor of the June 27 Association to consume almost the entire ‘old part’ of the supply center, more than a hundred booths. Moreover, due to the chaos generated and the difficulty of reaching the emergency teams, added to the few equipment and hydrants in the area, the fire got out of control in a matter of minutes and caused a tragedy to the regret of the merchants and neighbors.

People asked for help by sending videos and audios through social networks, while they saw that little by little their merchandise was consumed. The emergency firefighters, upon arriving at the scene, tried to combat the source of the incident but it was not possible.

All of the city’s fire crews spent a long night battling the flames and until this morning they were still in the affected premises of the supply center.

Álvaro Castillo, from the UUBR volunteer firefighters, indicated that entering the disaster area was detected inside the booths even ammunition for large-caliber weapons. “I don’t know much about weapons, but it has left us at risk and has been able to injure anyone,” Castillo denounced. 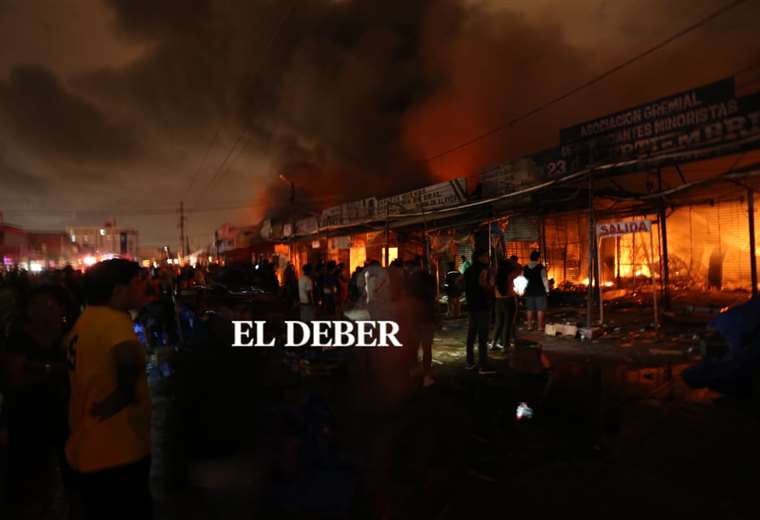 He recalled that not only did they come to fight the raging fire in the Mutualista market, but a few hours later they left to liquidate another fire in the Plan 3,000 area, where the sheds of a textile store for the collection of fabrics were consumed by flames, a fact that caused a lot of physical wear and tear on the firefighters. He also highlighted the need for cars and equipment.

“We have been working and it has been possible to contain the advance of the fire in the structure of the market, We have made a lot of effort so that it does not advance, and now we are in cooling tasks, ”said the volunteer firefighter.

He stressed that there is still active fire in the already damaged booths, so the teams reorganize and redo their logistics to extinguish them as soon as possible, but always prioritizing the areas that adjoin other unaffected structures so that it does not spread.

“Although the people from the booths lost everything and it is very unfortunate, but they have to understand that the effort has been quite complex. The situation, the type of distribution of the booths, the stored fuel has generated a violent development. In a few hours we are going to complete 24 hours of fighting major fires. We are exhausted, but we are going to continue with the extinction tasks”, express.

The situation despaired the merchants who have their stalls in the place, Some of those who left their homes to go to the market with the aim of recovering their merchandise managed to do so, but the majority arrived when the fire was out of control and progressed rapidly in a matter of seconds.

The live fire illuminated the area, the electrical connections could be heard bursting and little by little it cut, leaving the place in the dark.. The cries of anguish led the union members to risk their lives by entering the stalls near the raging fire, removing as best they could everything their hands grabbed.

“This looks like hell. The fire everywhere, desperate people and some with symptoms of intoxication and fainting”, This is how the people who witnessed the fire that gathered at the place described the panorama.

The long hours of work allowed the fire to be containedthere are still other hours left for it to be settled since there are several active points.

The director of Risk Management of the Government, Paola Weber, pointed out that 368 firefighters made up of 13 units between fire trucks, tankers, fast attack cars, they worked for 11 hours to contain the fire; however, more work remains to be done to control it as there is active fire inside the market in the ‘old zone’.

He stressed that the main thing is to attack the fire so that it can be liquidated and it does not reactivate and affect other areas of the supply center and that it will be the Police who investigate the causes of the incident. 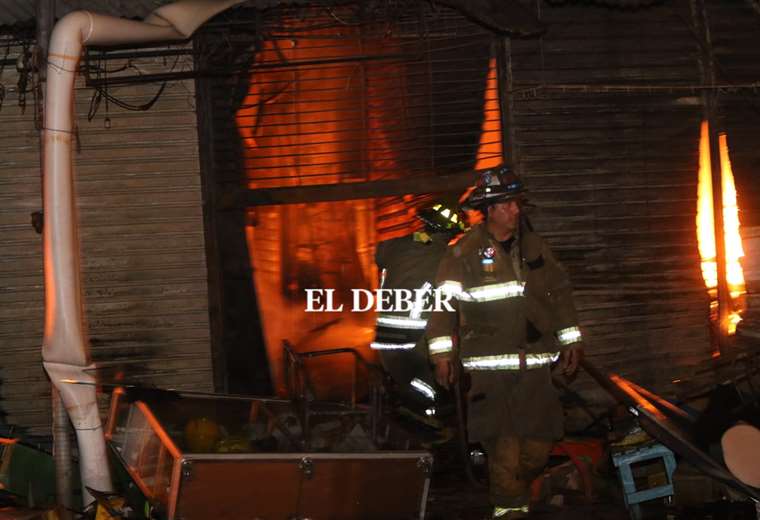 The Mutualista market area woke up with a bleak panorama, the streets full of waste and even with merchandise stocked in different places, sectors with water due to the passage of firefighters, the houses burned, completely destroyed and collapsed, while in the surroundings the firefighters continued to recharge energy to combat what is missing, and others verifying the areas to attack.

For his part, the Secretary of Sustainable Development and Environment of the Government, Jhonny Rojas, indicated that the entire human team of the different volunteer firefighterscontinued working since last night, time in which he took the opportunity to thank them for the commitment and sacrificed work they carry out not only in the Mutualista market, but also in all emergencies in the department of Santa Cruz.

The financial market forecast for the Broad National Consumer Price

Chinese rocket that was going to fall in Bogotá, what finally happened?

The alleged fall of a Chinese rocket or the remains

Madrid Spain.- A total of 6,347 homes were affected in

Politicization of the Census process

Bolivia reports 1,907 infected and five deaths from covid-19 this Sunday

They report a fire in the Mutualista market