Sartori has refused to present the affidavit of assets and income of his wife, Ekaterina Rybolovleva, daughter of Russian billionaire Dmitry Ryboloyev.

The legislator argues that “there is no legal partnership of goods” and, therefore, the data of your spouse does not correspond to be included in the affidavit.

This Wednesday, July 13, the president of the JUTEP, María Susana Signorino, was consulted by the press about Sartori’s decision, a fact for which an investigation was launched.

Citation for violation of the Law

Signorino assured that the nationalist parliamentarian was intimidated several times and will go to the second stage, which will be the citation.

I affirm that he will be summoned for the first time to testify and later, the resolution will be communicated to the Senate in person to discuss whether or not there is an omission by the legislator.

“It could already be understood, in my opinion, that he is ignoring our demands and is not complying with the Law. The affidavits are published on the JUTEP page,” he remarked. 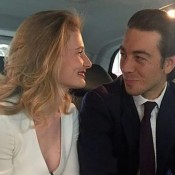 Signorino appeared this Wednesday before the Budget Commission integrated with the Treasury of the House of Representatives that analyzes the Government’s Rendering of Accounts.

In this area, the JUTEP presented only one article in which it requests three professional lawyers and an accountant so that the organization has its own staff of professionals, “because so far it only has some who are in commission.”

JUTEP: Sartori is ignorant and breaks the law by refusing to present his wife’s affidavit

Sartori has refused to present the affidavit of assets and

Chavismo recovered its voice and vote in the elections for

The Buenos Aires ruling party approved the law that enables

Companies that use tax credits (taxes paid more along the

The classic of the Closing Tournament between Nacional and Peñarol, to be played on date 4

Inflation in Argentina climbed to 64% in the year ended June

In Argentina, June inflation closed at 5.3%, boosted due to the strong rise in health, housing,

Holidays: less than 6% of children who eat in schools went for a plate of food

On regular school days, school canteens serve 201,262 children. For these winter holidays, as has been

Entrance of the Domingo Arena prison. Photo courtesy of Google Street View The multicolored coalition is