The Liberal Party (PL), the formation of Jair Bolsonaro, will have to pay a fine of 22.9 million reais (about 4.3 million dollars) for requesting the annulment of votes in the presidential elections last October, according to a decision of the Superior Electoral Tribunal (TSE) disclosed this Wednesday.

The fine was ordered by the president of the highest electoral authority, Alexandre de Moraes, after rejecting the request of Bolsonaro’s party and noting that the formation’s conduct was a “litigation in bad faith.”

The lawsuit filed by the PL, which supported the candidacy of the far-right leader for re-election, questioned 61% of the electronic ballot boxes used in the second round of the elections, held on October 30.

In response to the petition, the TSE responded that it could only analyze the matter if doubts were also raised in relation to electronic ballot boxes during the first round, since the same devices were used in both cases.

In that first round, the legislative elections were also held, in which the PL obtained 99 deputies, which will give it the first minority in the lower house starting next year.

This Wednesday, the formation admitted that in the first round of the elections it did not find “problems” at the polls, but reiterated that there were in the second round and insisted on a “verification” of the votes that gave victory Luiz Inácio Lula da Silva.

According to the president of the TSE, the petition does not have any indication that justifies the revaluation of a part of the ballot boxes.

“The total bad faith of the plaintiff in his extravagant and illegal request, ostensibly offensive to the Democratic Rule of Law and carried out in an inconsequential manner with the purpose of encouraging criminal and anti-democratic movements (…) was proven, both by the refusal to add the initial request , as well as the total absence of evidence of irregularities and the existence of a totally fraudulent narrative of the facts,” the magistrate said in his decision.

In the second presidential round, Lula prevailed with 50.9% of the votes, compared to the 49.1% obtained by Bolsonaro, in a process endorsed and recognized as transparent by all the national and international observer missions that participated.

Given the order of the highest electoral authority, the PL announced that it had already activated its legal advisors to analyze the TSE’s decision. 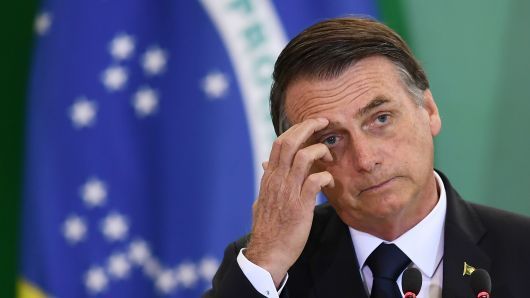 The Liberal Party (PL), the formation of Jair Bolsonaro, will

“I want to dedicate this historic victory (…) to the

Merchants ask for greater security for this Black Friday

This Friday, November 25, is the so-called black fridaythe day

Ombudsman will train justices of the peace on violence against women

38 people are charged with financial crime and money laundering

A total of 38 people, who were apprehended through the Phishing Operation, were charged with Financial

The former minister of the Ministry of Labor and Labor Development (Mitradel), Alma Lorena Cortés will

They rescue a child under 13 kidnapped in Chiriquí, there are three detainees

A raging fire that started in the Hanna warehouse, in the city of Santiago, Veraguas province,