External crises such as the pandemic and the war in Ukraine have led to skyrocketing inflation in several countries, and in Peru it has expanded even more due to our internal political situation. A prolonged inflation would lead to a pause in the growth of the GDP, which in the long term would lead to stagflation, that is, an economic cycle in which prices would remain high but production and work would decrease. Faced with this dangerous situation, many doubt the savings in soles.

The BCR admits that stagflation would be a permanent stagnation in the Peruvian economy. By lowering the level of consumption due to rising prices, the income from the sale of products would not be enough to cover production costs, so it is very likely that many companies will go bankrupt. More companies in bankruptcy would lead to less national production and this would lead to the Peruvian GDP declining over time.

For many, the concept of saving or investing is a complex decision since there is always the possibility of losing everything in a bad investment. But the vulnerability of many current jobs and continuing inflation leads many experts to consider saving dollars.

Javier Piñeda, CEO of Billex, a Peruvian digital platform specializing in currency exchange through a trust, considers these times opportune to start saving in dollars due to the drop in the foreign currency.

LOOK: Government declares emergency province of Mariscal Nieto in Moquegua after protests at Cuajone mine

“In a scenario of inflation such as the one we are experiencing today, our money in soles is gradually losing its purchase value, if we add to this a lower expected growth of the GDP, then the generation of employment and consumption are reduced, for this reason speaks of the risk of stagflation”, Pineda refers.

“The possibility of saving in dollars continues to be a good alternative in this scenario, not only because today you can buy dollars at a good price, but also because, given the current political instability, an increase in the interest rate could be expected in the following months. of exchange that could help cover the devaluation of the sun due to inflation” he adds.

Although the BCR does not guarantee that the investment will grow at the moment, many see the option of investing in the American currency as more profitable.

It is the combination of international and local conflicts that together have reduced the GDP and made employment in the country precarious. Given this situation, the purchase of dollars can be the way out for many to see their money profitable and thus diversify in the most appropriate way. 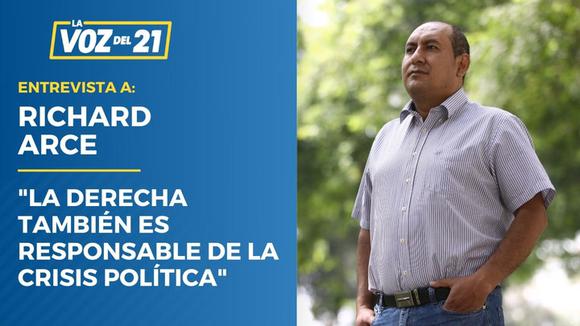 Is it convenient to save in dollars in the face of stagflation? This is what the experts say

What the State has received for natural gas

The Treasury reported that the State has received the sum

He was a hacker and now his Uruguay-based cybersecurity startup closed an investment round for US$5.4 million

He was a hacker and now his Uruguay-based cybersecurity startup

AN will present draft agreement of the Commission for Dialogue

The National Assembly (AN) will present this Wednesday in an

What the State has received for natural gas

Rosendo Serna tries to justify Aníbal Torres’ offense against Cardinal Barreto: “It was a colloquial term”

Updated on 04/20/2022 09:09 pm The Minister of Education, Rosendo Sernatried to justify the offensive phrases

PUCP on expressions of Aníbal Torres to Pedro Barreto: “They are prejudiced and offensive”

Set your alarm clock: know how it benefits you to get up at 5am

doIt really is good to get up at 5 am? The answer is yes and it