According to the latest survey of the INDEC (National Institute of Statistics and Censuses) the inflation it fell 1.4 percentage points in November compared to the previous month, and was located at 4.9%.

Though the price index it was much lower than what was expected by the market (6%) and accumulated an increase of 85.3% in the first eleven months of the year; while the inflation YoY reached 92.4%, the highest figure in the last 30 years.

The 4.9% reported in November is the lowest data in the last nine months and the third of the yearwhich shows that there was a sharp slowdown in prices in the last month, a trend that the Government hopes will be repeated with the inflation from December.

The items that increased in price the most in the eleventh month and that even remained above the general index are: housing, water, electricity, gas and other fuels (8.7%); communication (6.4%), alcoholic beverages and tobacco (6.3%). 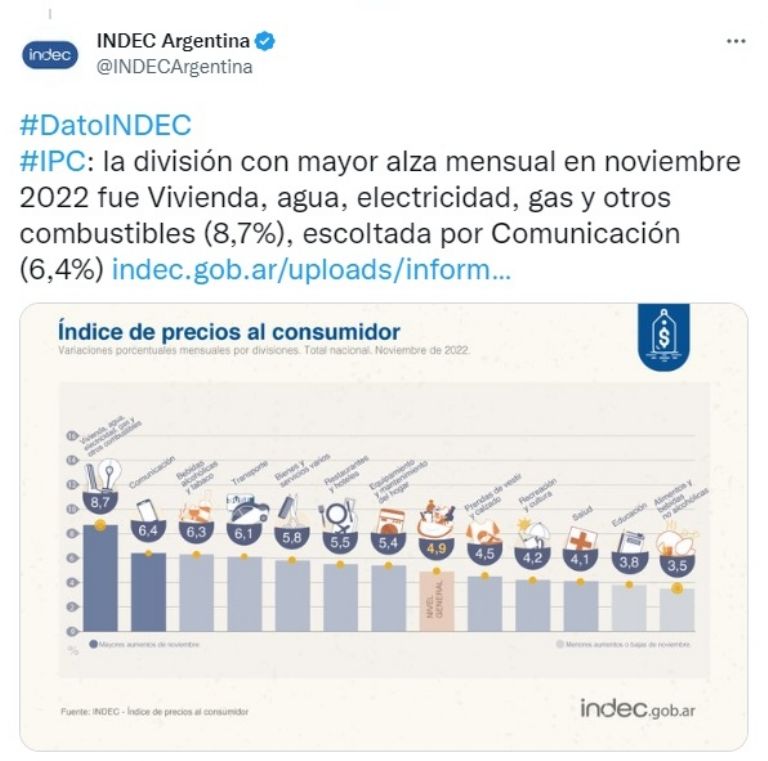 Also, transport (6.1%), empty goods and services (5.8%), restaurants and hotels (5.5%), equipment and home maintenance (5.4%). On the other hand, Although the food category had the highest incidence in all regions, the overall average increase was only 3.5%.

This is due to the strategies that the Government has implemented to contain the increase in food prices, among them, the Fair Prices program, where agreements were also recently reached with the footwear, medicines, clothing, fuel, among other. 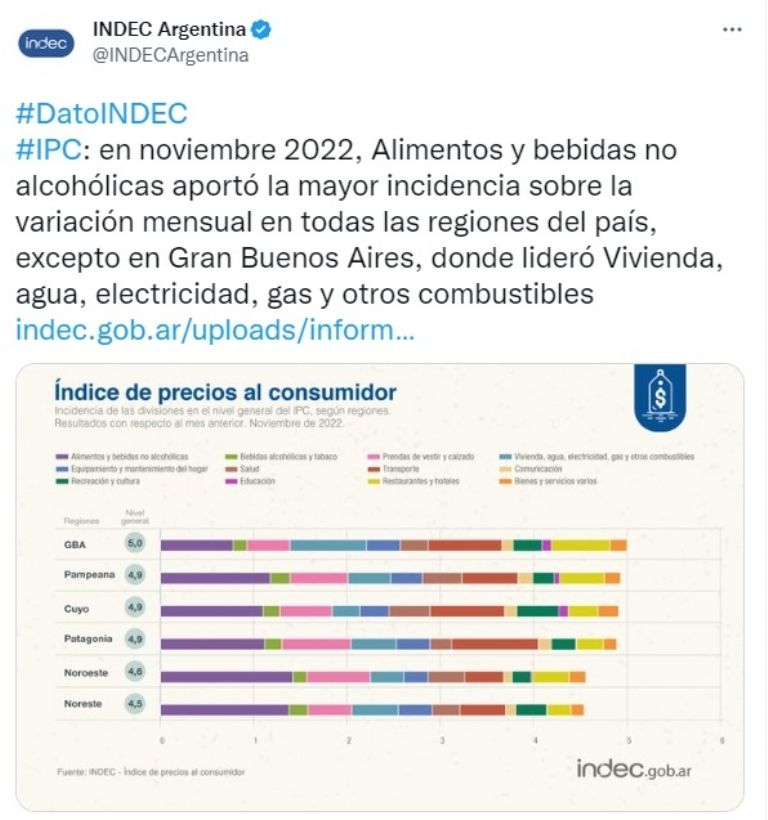 It should be remembered that voluntary agreements are signed with each of the companies participating in the program so that they maintain the price of the products for a determined period, generally 120 days, or with a ceiling increase, in exchange for having currencies to import.

In the framework of the strategies that the Government advances so that there is a greater deceleration on the price indexit is expected that in the coming days the Minister of Economy, Sergio Massa, will add more sectors to Fair Prices.

Within this framework, a new agreement is expected with the tourism sector, clothing and footwear manufacturers, among others. Although the negotiations will help contain the increases in the coming months, the great concern of analysts is what will happen in March of next year, when the agreement expires.

Santa returns to the village

Havana Cuba. — The harsh social and economic crisis that

They will deduct less ISR from your payroll, you will pay this in 2023

This is the new table that will be used to

(Photo Twitter: @FerRaverta). The executive director of Anses, Fernanda Raverta, and the mayor of Quilmes, Mayra

Fernández asked to deepen the investigations into the causes involving Macri

Just one week after the restitution of grandson 131, announced on December 22 of this year,

Neighbors and members of the Community Board signed a document against the measure. Photo: Camila Godoy.

Economía raised $320,000 million and closed a 521% refinancing in December

In January it will have to face maturities with the private sector for 0,000 million /