The collection for Income tax grew by 46.7% during the first quarter of this year, in relation to the similar period of 2021, reported the Central Reserve Bank (BCR).

The issuing entity explained that between January and March the collection of the tax on legal entities rose 26.2%; to natural persons, 28.8%, while the regularization of taxes was 129%.

LOOK: Utilities 2022: how to make the most of this extra income?

Likewise, the BCR indicated that in March of this year, the income tax collection increased by 85.8% compared to the same month of 2021, mainly due to the higher payments for regularization of the income tax of legal entities for the year 2021 , which reached a maximum level for the month in the last 20 years.

The collection of the tax on natural persons increased by 16% between March 2021 and March 2022, in all income categories, mainly by the second category (dividends) and the fifth category (income from salaried work).

On the other hand, income from regularization of income tax increased by 198% year-on-year, an increase mainly explained by higher profits in 2021. 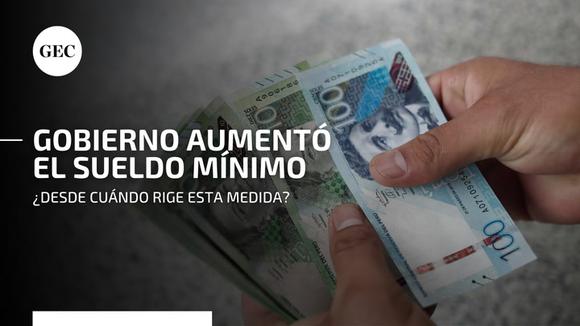 It’s official. By supreme decree, the Minimum Vital Remuneration (RMV) was raised from S/ 930 to 1,025 soles, aimed at workers subject to the labor regime of private activity. Since when does this measure apply?

The Chilean family farmer Emilio Sepúlveda, a member of the

Until now, Argentina and Venezuela maintained diplomatic relations at the

The South African army announced that it will deploy 10,000

Guido Bellido on the complaint of the dissemination of intimate photos: “I will make my honor respected”

Junín exceeded 125 thousand tourists at Easter thanks to fairs, contests and others, according to Dircetur

Despite the blockade of the Central Highway, due to traffic accidents and vehicular congestion, the Junín

Three bills that put the social market economy at risk

The executive branch and the Congress In recent weeks, they have presented bills that could threaten

Lince bunker served to plot network operations in the MTC