The cases of femicide, infanticide, sexual assault and all kinds of violence continue to undermine the integrity of women, events that in just one week, in the department of Santa Cruz, have hit at least 12 of them, unfortunately five lost their lives at the hands of their aggressors.

The victims of these events have different ages, some 12 years old, others 17, 22 and over 40 years old, and even girls who did not have the opportunity to live, whose life was extinguished in their first month of birth or after their first year.

The director of the Special Force to Fight Violence (Felcv), Colonel Carlos Oporto, reported that until Friday they had already registered 18 femicides so far this year. ANDIn Santa Cruz, the last case was of a 40-year-old woman who was victimized by a 51-year-old man, with whom she had a romantic relationship.

This fact was recorded in the municipality of Cotoca on Wednesday, August 17, when the man, who under the influence of alcohol arrived at the woman’s property, He forced her to have sexual intercourse, and when she refused, he beat her and left her unconscious. When the victim woke up naked and with a head injury, she asked her neighbor for help and she was helped by her. Unfortunately, the woman did not resist and she died a day after being hospitalized. The assailant was caught and sent to jail.

While investigating this fact, a 28-year-old woman tHe was also between life and death in a clinic. The victim had been strangled by two subjects in the brothel where she worked. In the same way, his life was extinguished, since the doctors diagnosed him with brain death and then he suffered a cardiorespiratory arrest..

The prosecutor assigned to the case, María del Carmen Roca, classified the case as an act of femicide, where the two aggressors who were identified by the security cameras of the nightclub were captured.

The remains of the two victims were found four months after their disappearance.

Another case that shocked the population was the murder of two women. A 17-year-old mother and her daughter who was only 25 days old. The bodies were found half-buried after four months of their disappearance. This case was recorded in the municipality of San Ignacio de Velasco, where the mother and daughter were presumably victimized by his ex-partner and the man’s new girlfriend.

The relatives of the young mother reported the disappearance of the mother and her baby, since in the house were the documents of both, as well as all the clothes. As the months went by, some cowboys found the skeletal remains of the two missing women in the Cochabambita community of San Ignacio de Velasco, and they informed the Police. Agents lifted the remains and body parts where a forensic doctor certified that both were stabbed with a death date of three to four months.

The main suspects in the crime were already imprisoned in Palmasola, but the Public Ministry opened an investigation for the crime of femicide and infanticide.

The fifth fatality in the department of Santa Cruz was a girl only a year and a half old. The little girl was killed by her own mother. in the municipality of Puerto Suarez. But, not only the girl died, but also her mother, because after committing the crime she took her own life in the bathroom of her house.

Before making the decision, the mother, aged 21 He posted videos on his tiktok that warned that he would take the drastic measure, showing signs of suffering sentimental problems.

The lives of these five women were blinded for different reasons, but another six were also victims of some type of violence. The recent case known on Saturday August 20or it was the gang rape of two minors, 12 and 13 years old, in the municipality of Yapacaní.

In this case, five people are apprehended and one in custody in a hospital, who suffers from a sexually transmitted disease, and even one of the victims who was harassed, was also infected by the disease.

A report from the authorities on this case is awaited, a fact that, for the second time, in a similar situation is reported in Yapacaní. Mes ago a child, who was abused by his neighbors, died from the chronic disease that his aggressors transmitted to him. Two of the rapists were imprisoned, although one died while the other fled to Chile.

Meanwhile, during this week, in the Santa Cruz capital, other girls were found doped and abused, some reported as missing, but they were helped by neighbors and the Police. 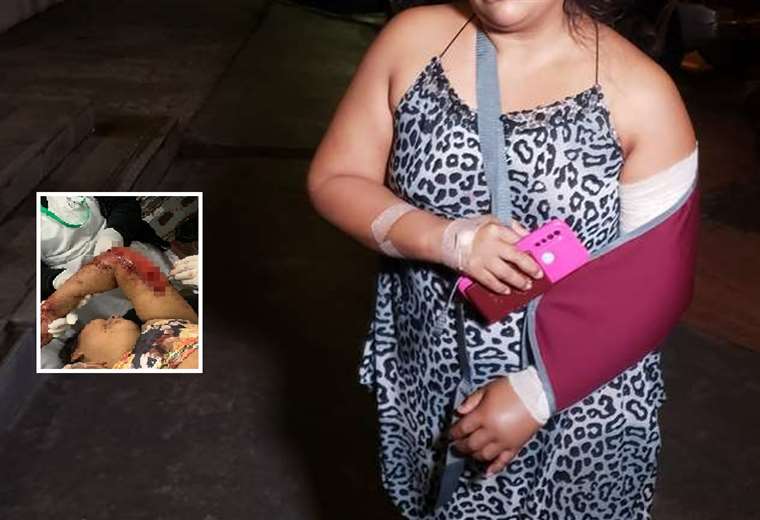 One of these cases was recorded early Friday morning in the Julio Leigue neighborhood, eighth ring in the capital of Santa Cruz. Carriers and neighbors saw the young woman unconscious and requested police support. Similar to this case, a 22-year-old girl was also helped in the Vallecitos neighborhood, place where the neighbors assure that it would not be the first victim that the aggressors abandon, for which they ask for a greater police presence and capture the subjects.

The last victim reported that a man, aboard a taxi, intimidated her with a knife to commit sexual abuse and then threw her into the street.

On Saturday, August 20, another young woman was found with signs of having been doped in the Piraí River area. Her parents reported her disappearance since last Wednesday, and upon learning that she had been rescued, they went to the medical center where she was transferred.

On the other hand, two other women suffered injuries after being attacked, one of them was a woman between 35 and 40 years old, who denounced that she was attacked by five subjects and suspects that her ex-partner was the protagonist of her aggression.

The woman ended up suffering serious cuts on one of her arms, as she was attacked with a knife. The Police captured the main suspect and are investigating to collect evidence to prosecute him. 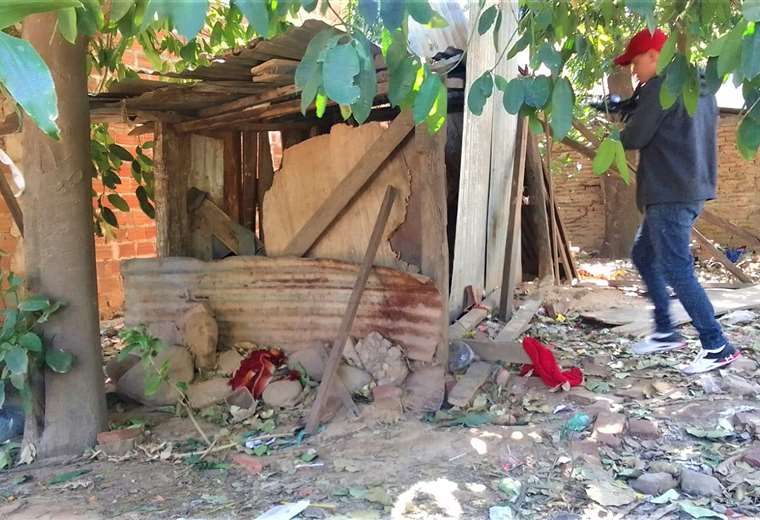 The violence also touched the life of a retired teacher, who suffered a mental breakdown 10 years ago. and he sank into depression, for which he frequently took refuge in a vacant lot where there is a precarious dwelling. She was found there bloodied, with broken noses, no dentures and multiple injuries. yesAccording to the medical diagnosis, the woman was the victim of a multiple rape, for which the family asks to find those responsible for the abuse.​

The woman fights for her life hospitalized in a room at the Los Pocitos hospital, while the Prosecutor’s Office and the Police carry out expertise to clarify the fact and find the culprits.

While the violence is unleashed in homes, the authorities are looking for strategies to raise awareness among the population and stop these events, that are claiming the lives of women, not only in the Santa Cruz department but in the country.

A few days ago, the Government organized a summit against violence in which representatives of various institutions and organizations participatedin which they seek to establish a roadmap to work on new policies to eradicate this problem.

Among the proposals is to strengthen teaching in educational units, where it is intended to instill from children, that violence should not be allowed and abuse in the home should not be normalized.

Barcelona draws with Espanyol in the Spanish League

I received the new year with smiles, without fireworks and without the consequences of their use

The last night of this year is approaching and the

A few hours before the arrival of 2023, there are

The most downloaded apps and games in 2022

According to data shared by SensorTower App and game downloads

Check out the Senate candidates for Mato Grosso do Sul

The Malbrán Institute, at the continental forefront in the production of antivenoms

Zvonko Matkovic: "We are not going to fall into the MAS game, what they want is to hit the Government"

Day of Fury; gases, firecrackers and fire turn the monument of Christ into a scene of violence

The last day and those that will come