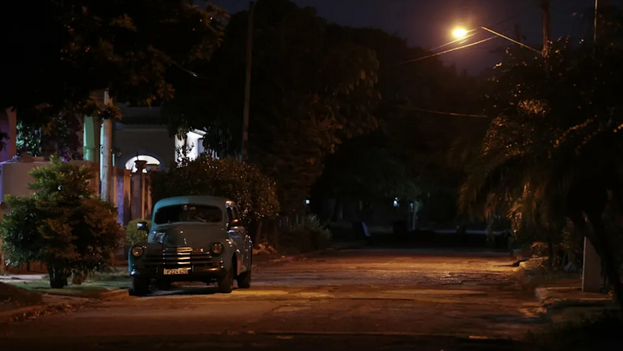 Cuba faces this Wednesday one of its worst days of electricity deficit due to the increase in demand. The Electric Union of Cuba has announced an availability of 2,499 MW, very insufficient given the need for 3,000 MW forecast for today on the island. In previous weeks, the shortage translated into 12 or 18%, due to the demand for some 2,500 MW , but today it reaches 24%.

The state company also points out that yesterday the maximum impact was 694 megawatts, at 9:00 at night, but that there were blackouts throughout the day.

The state company also indicates that yesterday the maximum impact was 694 megawatts, at 9:00 at night, but that there were blackouts throughout the day.

Although blackouts have been common in Cuba for decades, in the last two years the situation has been aggravated by the pressing economic crisis, which has worsened the possibilities of doing maintenance and repairs to the old thermoelectric plants. The last few weeks are testing the patience of Cubans even more, especially outside of Havana, where power outages are going on for hours.

“If you stay in the room you’ll suffocate, if you open the doors and windows the mosquitoes will kill you,” complained a Sancti Spiritus resident of the nightly blackouts last Tuesday, who finds it difficult to rest due to the summer heat on the Island. , where temperatures exceed 36 degrees.

The summer rains and the lack of fumigation have also multiplied mosquitoes throughout the country, a presence that is aggravated when at dawn you cannot turn on the fan or close the windows to enjoy the air conditioning.

Last monday, the Trotskyist collective Communist Cuba He denounced that the authorities limit the power outages in Havana to the maximum and impose “long blackouts in the rest of the country’s provinces; mainly in regions where the July 11 protests did not take place, or at least were weak.” On a daily basis, the concise statement from the UNE states that “all measures to restrict consumption in the state sector are implemented.”

But these restrictions and the blackouts have led, in other places, to nightly protests such as those that occurred in Los Palacios, Pinar del Río, where the population’s weariness was demonstrated in the midst of a power outage through slogans such as the already known “Turn on the current, pinga!”, to the sound of saucepans.

The phrase was heard for the first time during another demonstration by residents of the University of Camagüey campus who had been without water and electricity for days.

The situation of blackouts and lack of electricity worsened after the fire in the Lidio Ramón Pérez Thermoelectric Power Plant, of Feltonlocated in Holguín, last Saturday that caused severe damage.

During the last days of May, Miguel Díaz-Canel assured that the electrical situation would improve at the end of June. However, the deadline was met with new difficulties and more blackouts. The president postponed the “solution” for the end of this month.

Power outages were one of the factors that fueled social unrest last year in Cuba and led to the outbreak of 11J. Now, they are repeated throughout the Island, along with the discomfort they cause in the population.

"If you lock yourself in your house, you suffocate from the heat and, if you open the windows, the mosquitoes kill you"

Cuba faces this Wednesday one of its worst days of

Cristian Ábrego: ‘Mistrust has generated the serious situation we find ourselves in today’

The pre-candidate for deputy for the free nomination in North

Euclides affirms that they do not want him in the Concertación

Euclides Acevedo, presidential candidate for the opposition for the “New

The building under construction on K and 23, called to be the tallest in Havana, is

The Parliament of Vietnam has given away 750 tabletstwo servers, a storage device and two multifunction

The Felipe Pazos bridge, one of the communication routes between Sagua la Grande and the town

Paralympic athletes Christian Guillén, Elvis Nules, Lázaro Yarlo Rodríguez and one more who was not identified