The rapporteur for freedom of expression of the Inter-American Commission on Human Rights (IACHR)Pedro Vaca, met with the representatives of the Congress, a delegation headed by the president of the Parliament María del Carmen Alva, to publicize the discrepancies due to the limitations and prohibitions that the press has to carry out its work in the Legislative headquarters.

Upon his departure, Vaca offered a statement to the journalists who are still outside the Congress headquarters, under a tent and crowded to watch the sessions through a screen, situations that the IACHR representative lamented.

LOOK: Rapporteur for freedom of expression of the IACHR transmitted complaints from the press to Pedro Castillo

“We have been informed that this space should be enabled by the end of this month. I had the opportunity to express to the Congress authorities that I prefer a Congress that meets in a square that a Congress does not have journalists because, I think, the Congress should be covered, in this direction too I was encouraged to consider the gradual entry from now to 31 so that the activities could be covered”, Cow stated.

The IACHR spokesperson indicated that the congressmen with whom he met “They stated that there is a commitment to freedom of the press.” In addition, he stressed that the entity he represents will continue to monitor the situation of the press in our country.

“(I want) to show solidarity and something I do not agree with is that this tent exists (referring to the space set up for journalists outside the Congress); there is a point, some journalists have let me know that they consider it humiliating to see parliamentary activity through a screen”, Cow condemned.

The IACHR rapporteur indicated that they hope “the efforts that the hemicycle is opened as soon as possible, we hope that it can be so”. Likewise, he stressed that the visit that the institution has made to our country will culminate this Friday, May 20, in Ayacucho, where they will give an assessment of the situation of press freedom in our country.

“We see that these are difficult days for the press, I had to witness an image that I regret when I left the meeting, I believe that police work should guarantee journalistic work,” urged and stressed that “We hope that our visit contributes to the coverage work of all the authorities of public power in Peru.” 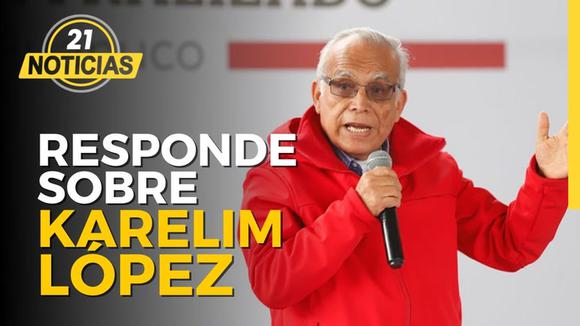 The prosecutor Luz Taquire questioned the premier this morning. In addition, Pacheco’s lawyer to Villaverde: “It is surprising that he intends to tarnish people’s honor” Also, Amalia Moreno says that it is a lack of respect that the Executive has not communicated to him about his termination in Reconstruction with changes. And, Pfizer’s anticovid pill increasingly prescribed in the US in full increase in cases.

IACHR Rapporteur for freedom of expression: “We see that these are difficult days for the press”

Domínguez Brito: “The thing between Abinader and Leonel is a game, they seek to choose rivals”

“We are facing a very important opportunity for Latin America, for the region and for Uruguay”

President Luis Lacalle Pou led the opening of the 67th

Cardinal Porras said that Venezuelans have the power to demand

Domínguez Brito: “The thing between Abinader and Leonel is a game, they seek to choose rivals”

Rosendo Serna on Pedro Castillo’s thesis: “It’s not about plagiarism, but about similarities”

The alleged plagiarism in which the President peter castle in the preparation of his master’s thesis,

AFP Funds: They propose reform of the pension system

In recent days, the administrators of Pension funds (AFP) have once again been in the eye

Enter a new group of sub-prefects of PL

Tacna: Provincial Mayor Julio Medina in the sights of the Prosecutor’s Office for land

The head Roxana Ticona Ccalli, of the Provincial Prosecutor’s Office Specialized in Crimes of Corruption of