The roofs of the houses came off.

Approximately two hours of terror was what the inhabitants of the Guarani communities lived in the municipality of Lagunillasafter the weather changed suddenly on Monday afternoon and hit homes with hurricane-force winds, torrential rain and hail.

That was the terrifying panorama that surprised, mainly, the community members of the Iupaguasu captaincy, some heading to their jobs, others to the crops, to the children at school and others to their homes. But the gusts of wind made us believe the worst, since from one moment to another the precarious constructions gave way and the corrugated iron went flying and even the walls began to fall.

Seven were the communities that experienced the natural event: tapera, Peña, Aguada Grande, Itaimi, Iguasurenda, Ñancahazú and Ñancami, as confirmed by the mayor of Lagunillas, Héctor Contreras, in time to point out that there are approximately 400 affected families. 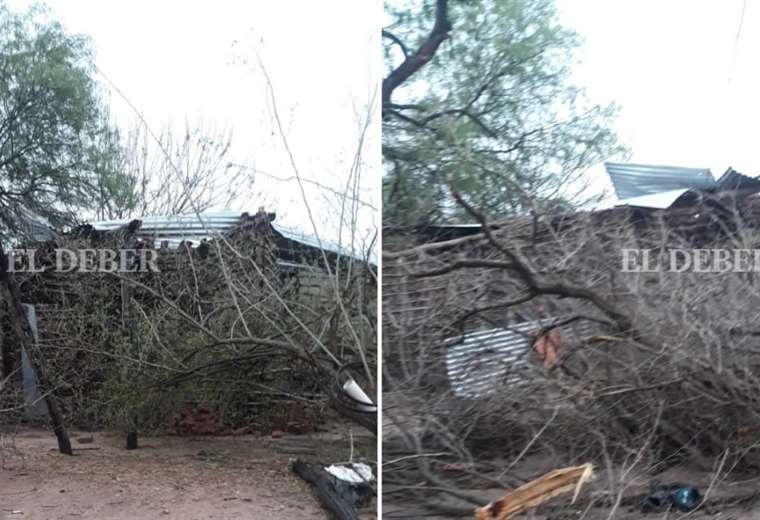 The second great captain of Iupaguasu, Cesarín Cuéllar Durán, told EL DEBER that almost all the Guarani and peasant communities of Lagunillas were affected, although Iguasurenda and Itaimí were the hardest hit.

Approximately more than 100 families live in these communities and the people She had to spend the night sheltered in meeting rooms. He said they are organizing to “get up in the middle of this mess”, since not only the precarious houses were destroyed, but also the material ones.

“Since yesterday we have been giving the desperate cry for help, the brothers have been left homeless, even the newly built ones have fallen down. The corrugated iron roofs flew off, the walls have split, others have fallen and we even felt that the earth trembled and in some parts the earth opened up,” explained Captain Cesarín.

The children were terrified by what happened, who were contained by the adults despite the fact that the event caused fear in everyone. “This had never happened before, it surprised us and scared us. People are asking for help and we are waiting for help,” he said. 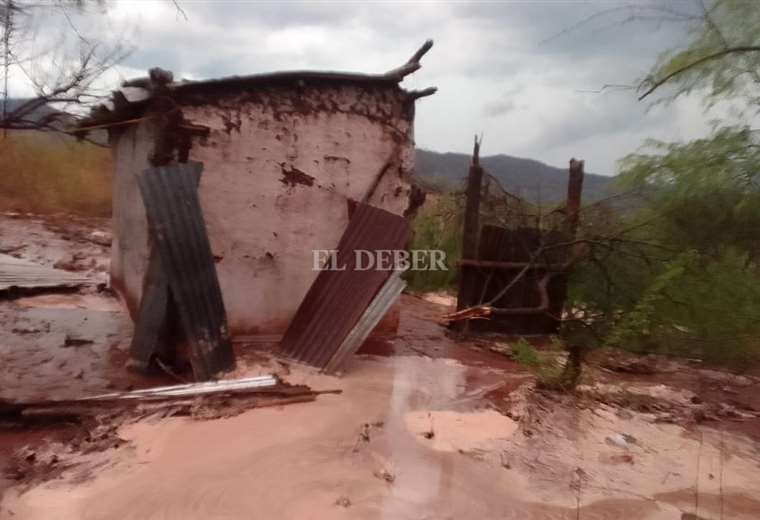 After two hours the winds and the torrential rain ceased.

Some people managed to capture with their cell phones the moment of the passage of the heavy rain, leaving their patios and streets flooded, even the riverbed grew. Trees fell and the winds lifted everything in their path.

The mayor of Lagunillas, Hector Contreras, added the cli eventmatological It not only left the houses destroyed but also without electricity and water. In addition, the roads were inaccessible and there were floods.

“The Risk Management Unit has already gone to the scene, a data survey has been carried out and about 400 families are affected. Now we are bringing aid and we have already requested support from the COED (Departmental Emergency Operations Center of the Government) and Civil Defense (central government),” Contreras said.

Due to the force of the hurricane winds and the torrential rain, the authorities and the community members report that it is the first time they have experienced the terrible episode, while now they seek to repair the material damage. “There are families whose health is delicate, some are already suffering from colds, we are going to bring them medical care, food and all the help they need. Some were left with only the clothes of the body, “he pointed out.

Sugarcane harvest should be 598 million tons

Check the agenda of presidential candidates for this Tuesday (10/18)

In his new book, Francis asks to reject hate speech "In the name of God"

In Santa Cruz, 50% of the Mypes paid a Christmas bonus, the other half agreed to give the benefit in installments or in merchandise