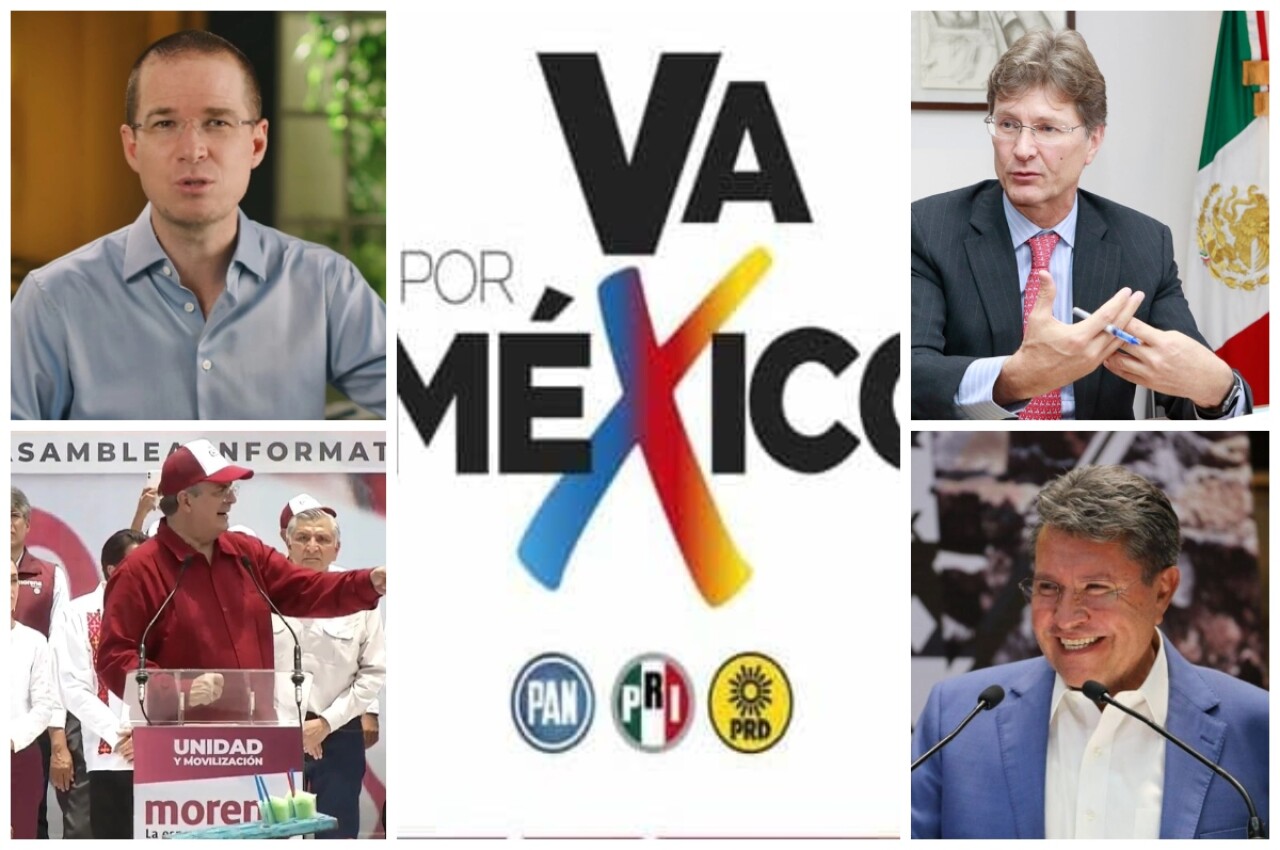 “The ‘Corcholatas’ are going to decide to endure and swallow frogs (like Monreal, in case they are not the chosen one), while they look for a real rearrangement in Morena (it is better) to look for an adventure in games that do not represent anything, “he explains.

“The only thing that will help the opposition is the rebellion of its hungry millennials. I believe that if Morena were to nominate an organ grinder, she would win 2024. Really, for the opposition to have a solid candidacy, it needs a candidate with its own leadership, to mobilize those who are not necessarily for or against the Fourth Transformation, “he details. .

And it is that PAN members, PRI members and PRD members recently ordered a survey to measure the “factor (Ricardo) Monreal”, in an effort to know the citizen support that this block would have with the senator outside of Morena and as an opposition candidate in 2024.

The expert explains that the opposition is betting that part of “the corcholatas” will leave Morena if they are not favored, but warns that either with the former governor of Zacatecas or Foreign Minister Marcelo Ebrard, they would not have a winning bet:

“The opposition parties would be happy to receive them, but it would be a mouth-to-mouth breath of dying institutes with more or less well-regarded candidates, but it is not a safe bet for a sustainable race in the medium term,” he details.

“He goes through Mexico, he has not realized that the sum of three negatives (PAN, PRI, PRD), does not give a positive even in mathematics,” says the academic of the Autonomous Technological Institute of Mexico (ITAM), Dworak.

From his vision, the coalition should not only continue to define its cadres but also to strengthen competitive candidates.

“Strengthen leadership in the states, to gain positions in 24”, because it is not just about running old politicians and keeping 3% of the national vote, he assured.

The master’s degree in Legislative Studies from the University of Hull, United Kingdom, said that the opposition “brings the same discourse as the politicians of the 90’s.”

“If they believe that some traditional politician is going to win, with people who have no political roots and/or with disruptive candidates like (Senator) Lilly Téllez, they are not going to get anywhere,” he emphasized.

He estimated that in the debacle of the traditional parties, the one that would have the greatest capacity to survive is the Blue and Whites, “for one reason: it is a party of cadres, not corporatist.”

“The ‘Corcholatas’ are going to decide to endure and swallow

Departmental Government of Cordillera (CORDILLERA) awarded for a total value of G. 136,500,000

Departmental Government of Cordillera (CORDILLERA) awarded a total value of

Despite the announcement made by Aníbal Torres on August 3,

All the windows that an MBA opens

Four graduates of the Master of Business Administration recount the

Departmental Government of Cordillera (CORDILLERA) awarded for a total value of G. 136,500,000

The Vice President of the United States, kamala harrismet this Friday with Latina state congresswomen to

It is urgent to support the workers of the coal zones: Gómez Urrutia

"The pain I had was so much that I came to resign myself”, AMLO narrates his heart attack

“The pain I had was so much that I came to resign myself, because I could,

The mysterious radio player who projects a national reach from Zacatecas

NTR, tv zac Y radio cannon are part of the same economic interest group, one that

Medical tourism: Why is Mexico the second destination worldwide?

The specialties that have shown a remarkable boom is plastic surgery, since Mexico was located among