The Ministry of Defense ruled out that there was a political motivation in the military parade for National Holidays on July 29 and that the participation of the former Chavín de Huántar commandos was prevented.

Through a statement, the Defense sector specified that, due to the recommendations of the Ministry of Health, the event was held at the Army Headquarters (San Borja) and only had the participation of military and police personnel, from the Peruvian Army, Peruvian Navy, Peruvian Air Force, Peruvian National Police and Disaster Risk Management Units.

“The Armed Forces are not subject to political decisions and act under the mandate of the Constitution”, indicates the writing.

“We regret that the new generations of commandos are classified as “usurpers” and that they are minimized, questioning their high-level training to act in any adverse situation.”, adds the statement.

What happened on July 29?

Last Friday, July 29, simultaneously, the Chavín de Huántar Historical Company participated in the Parade and Military Parade within the first march group. While, outside the Army Headquarters, located in San Borja and where the patriotic event takes place, the former Chavín de Huántar commandos also marched down the street unofficially.

The Chavín de Huántar military company is the protagonist of the rescue of the hostages kidnapped by the MRTA in the residence of the Japanese ambassador in 1997.

The presence of the ex-commandos Chavín de Huántar in the military parade for National Holidays has been carried out since 1998. They staged a courageous military incursion for the security of Peruvians during the time of terrorism in the country.

The group of former commandos told the press that those who will parade this morning at the National Holidays event are “replacements.”

“The invitation is made every year prior to the Military Parade. This year no invitation has come. The Army Command issued a possible participation of the former Chavín de Huántar commandos, but the invitation never came. In addition, they prepared a replacement to parade over the members of the operation. A political decision is not possible, because this comes from the Minister of Defense, and the Army Command lends itself to it. This is an affront to the Nation and soldiers”, Colonel (R) Jaime Cabrera, former Chavín de Huántar commando told the media. 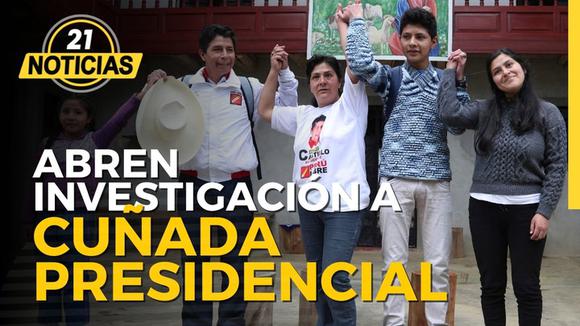 The Ministry of Defense ruled out that there was a

Sustainability is ingrained in our DNA, says Barrick

For Barrick Gold Corporation (NYSE:GOLD)(TSX:ABX), sustainability is not just a

“Padlock rule”: Balance between savings and taxes or fiscal inequity?

Popular Will ratified Leopoldo López as its national coordinator

Interim President Juan Guaidó also participated in the act of

Sustainability is ingrained in our DNA, says Barrick

Who is Wilmar Elera, vice president of Congress, who justified allegations of rape with sexist expressions?

The congressman from the Somos Perú party, who also holds the position of third vice president

The Ministry of Health (Minsa) reported that as of Sunday, July 31, the number of people

Wilmar Elera apologizes for his statements: “I have to make a mea culpa, I was wrong”

The third vice president of Congress, Wilmar Elera (Somos Peru), apologized for the statements he gave