As of Friday, April 29, the rule established by the Supervisory Agency for Investment in Energy and Mining (Osinergmin) that sets the price bands for LPG fuels, 84 and 90 gasoline, among others, for the benefit of consumers.

The objective is to prevent the volatility of the international price of fuels from being passed on to final consumers, through the compensation or contributions financed by the Fuel Price Stabilization Fund (FEPC) to the producers and importers of these products.

Next, we detail the prices of gasoline, diesel, domestic gas and vehicular natural gas (NGV) today, Saturday, May 28, 2022, according to data from the Facilito platform of the Supervisory Agency for Investment in Energy and Mining (Osinergmin). In addition, we show them where to find the lowest prices to buy fuel.

How much is the gasoline today, Saturday May 28?

Facilito indicates that the price of a gallon of 84-octane gasoline fluctuates between S/ 14.69 and S/ 20.19 in the districts of the capital this Saturday.

The lowest price was located at a tap in San Juan de Lurigancho, where said fuel reached S/ 14.69 per gallon. Instead, the highest price of S/ 20.19 was registered in Carabayllo.

As for 90 octane gasoline, the price per gallon varies between S/ 16.00 and S/ 23.77 at the different taps in the capital. The districts where the highest prices were registered were San Juan de Lurigancho, Miraflores and San Isidro.

What is the price of oil (diesel) today at the taps?

How much does the gas balloon cost?

The 10-kilogram gas balloon registers prices ranging from S/ 44.10 to S/ 68 in the districts of the capital this Saturday.

The lowest prices are registered in stores located in districts such as Chorrillos, Rímac, Ate and San Juan de Lurigancho. While the highest rates are in Surquillo, Magdalena and Lince.

What is the price of vehicular natural gas (VNG)?

There are some faucets in Cercado de Lima where CNG is sold from S/ 1.36 per cubic meter. They are followed by districts such as San Miguel, Ate and La Victoria where the price varies between S/ 1.36 and S/ 1.42.

However, in other parts of Lima, the price of this fuel reaches S / 1.99 this Saturday. 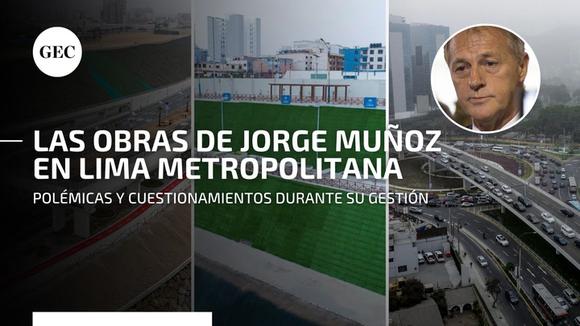 Jorge Muñoz, together with the new mayor of the capital, Miguel Romero, inaugurated the overpass in the Monitor Huáscar oval. The former mayor of the capital justified his presence by maintaining that he was a participant in the execution of this project. He remembers his management in the Municipality of Lima.

Gallon of gasoline of 90 exceeds S / 21 in 7 districts: find out where the best prices are here

As of Friday, April 29, the rule established by the

Nobel laureate in economics Joseph Stiglitz advocated this Friday for

This Saturday the 28th, the inauguration and baptism of the

The politician Juan Guaidó reiterated this Saturday that any personal

Elections 2022: June 7 is the deadline to publish results of internal elections

Ica reached 5.2 °C, the lowest night temperature not recorded since 1993

Updated on 05/28/2022 09:23 am The manager of the Investment Division of AFP PremiumJose Larrabure, stated