This Wednesday at 11:00 a.m. Alberto Fernandez will visit the General Rodríguez district of Buenos Aires to inaugurate a Space for Early Childhood (EPI) in the San Enrique neighborhood.

President will carry out the protocol ceremony in the company of the Minister of Social Development, Juan Zabaleta; In addition, it is expected that Alberto Fernandez give a speech on the scope that the EPI will have for the Buenos Aires party.

It should be remembered that this Tuesday, Alberto Fernandez shared a lunch with the former president of Bolivia, Evo Morales. During their meeting, both leaders discussed current problems in the region.

In addition, the leaders of both nations commemorate the birth of General Juana Azurduy, within the framework of the Argentine-Bolivian Fraternity Day. After meeting him, the Argentine president published a message on his social networks in which he expressed how pleasant it had been to meet again with the Bolivian politician. 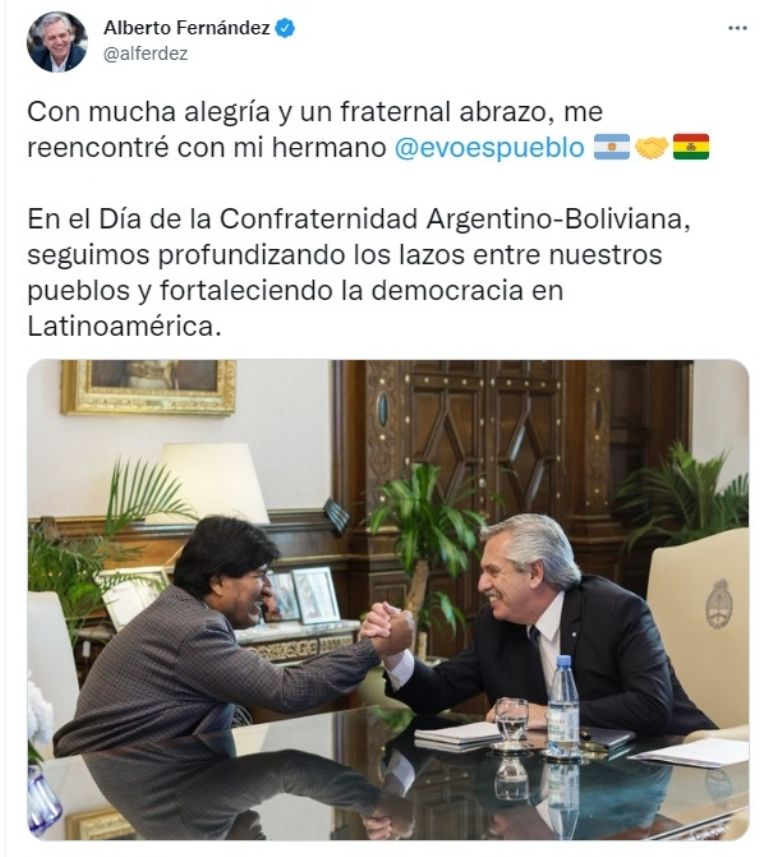 “With great joy and a brotherly hug, I met again with my brother Evo Morales. On the Argentine-Bolivian Fraternity Day, we continue to deepen the ties between our peoples and strengthen democracy in Latin America,” he said.

The head of the Federal Intelligence Agency (AFI), Agustín Rossi, the designated ambassador in Venezuela, Oscar Laborde; the legislators Carlos Heller and Eduardo Valdés and the presidential spokesperson, Gabriela Cerruti.

Evo Morales was visiting the country, because he was invited to give a keynote speech entitled “Present and Future of Latin America” ​​at the National University of Rosario (UNR).

What will the Space for Early Childhood in General Rodríguez be like?

The Space for Early Childhood that will inaugurate President this morning, will be the first in the Buenos Aires party General Rodríguez, and It will serve to provide accommodation, care and education to boys and girls from 45 days of life to four years of age..

The weather forecast in Brasília for today (1st), the day

What to do in the presence of birds with symptoms

Phrases to remember Benedict XVI, the pope who invited reflection

Up or down? Cuban theory of the diminutive

One of the phenomena that contributes the most to the

Ceballos: clarification of the case Carlos Lanz carried out an arduous investigation

Photo: Florence Downes. The singer Patricio Fontanet, who led the band Callejeros 18 years ago when

Photo: file. According to the Center, The destination of the dollars was “basically for expenses made

Photo: Raúl Ferrari The Minister of the Interior, Eduardo “Wado” De Pedro, described this Friday as

Photo: @AlNassrFC (Twitter) The Portuguese star Cristiano Ronaldo is from this Friday officially a player of

Victoria Donda resigned from the presidency of INADI

In the last hours and through their social networks, Victoria Donda announced that she submitted her