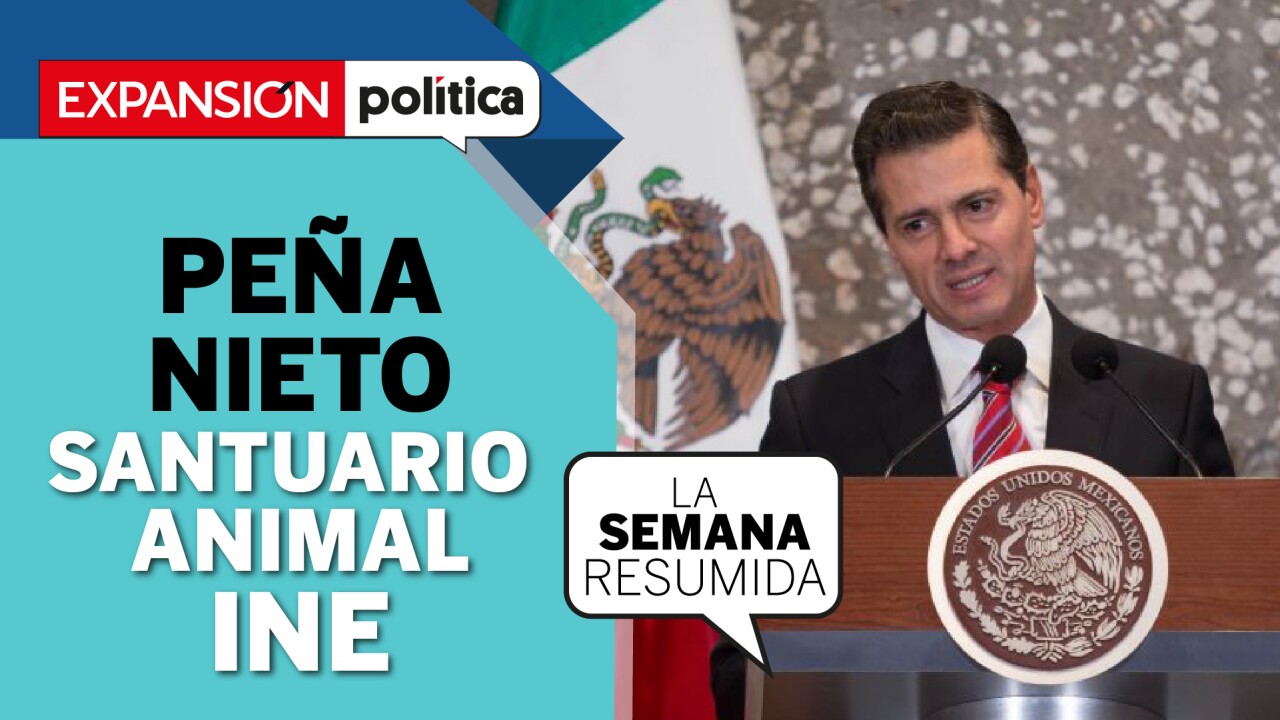 The Black Jaguar White Tiger Foundation is a supposedly non-profit wildlife facility. It is known by its acronym BJWT and supposedly housed everything from dogs to big cats.

The place was sold to its clients and investors as a sanctuary to take care of these beautiful animals. But, this week there was a complaint for abandonment and animal abuse raised by the Association of Zoos, Breeders and Aquariums of Mexico.

This place could not have been in operation without the participation of some “heroes” that they themselves mentioned on their Instagram account. “Heroes” among which appears Rafael Pacchiano, former Secretary of the Environment of Peña Nieto.

The owner of BlackJaguar-WhiteTiger is Eduardo Serio, son of Eduardo Moisés related to Monexgate in the Peña campaign.

And although the relationship with his father is not close, the journalist Gabriela Gutiérrez denounced on Twitter that Serio took advantage of his father’s political connections.

Several organizations expressed their concern about the mistreatment suffered by the animals, in addition to the fact that the place had not been classified as a sanctuary nor did it have the conditions to provide correct care to this type of animal species.

AZCARM zoos will be responsible for the rescue, rehabilitation and protection of the hundreds of felines abandoned by the Black Jaguar – White Tiger Foundation @BJWTC.
We demand exemplary punishment for Eduardo Serio to put an end to animalistic fraudsters who are harming our fauna. pic.twitter.com/2pzTfGAzsK

The truth, according to journalist Gabriela Gutiérrez, is that the business of pretending to care for tigers and lions generated good dividends for Mr. Serio, who went from receiving donations of $232,000 in 2015 to almost $1.5 million in 2019, according to reported to the IRS (the SAT of the United States).

For now, the government of Claudia Sheinbaum intervened to rescue 190 cats that are being transferred to the Chapultepec zoo. Profepa and the capital police investigate the multiple complaints against Mr. Eduardo Serio and this, seriously, could also reach the beards of characters very close to former President Enrique Peña Nieto.

For more videos of #LaSemanaResumida, check out the section video-politics .

Publisher’s note: The opinions expressed in this video only represent who expresses them.

The Ortega regime prohibited this Friday, July 8, the entry

Four men allegedly linked to the crime Against Freedom and

Villarejo has not yet defined his presidential duo

Sebastián Villarejo, national deputy for Patria Querida, affirmed that he

The SAT rules out having requested a tax record

Who loses when my investments win?

Despite damage to the country, the spirit of the government is to sign an agreement with Calica

FIU against Peña: between distractor and act of intimidation against the PRI-Edomex

It seeks to corner the PRI On the reading behind the investigations against Peña Nieto, the

The president of United States Joe Biden will take this Friday a series of measures to,