The cassation filed by former president Ollanta Humala that will be evaluated by the Permanent Criminal Chamber of the Supreme Judge Cesar San Martin It is so transcendental that its conclusions will not only affect the cases within the Lava Jato plot, but also other cases of national interest such as illicit contributions to Pedro Castillo’s presidential campaign.

Humala wants the Supreme Court to define whether the millionaire payments he received to finance his 2006 and 2011 campaigns constitute the crime of money laundering, as postulated by the special team led by prosecutor Rafael Vela.

For the former head of state, in those years the Peruvian law did not classify the financing of proselytizing activities as a crime, and the non-declaration of the money used – the US$3 million that the Odebrecht company gave, according to the indictment – ​​was only sanctioned as a misdemeanor. administrative.

If the room grants the appeal, at least ten investigations that have political parties and their leaders against the wall will be left without a floor.

LOOK: Chamber reschedules hearing in which it will evaluate Ollanta Humala’s cassation for campaign contributions

To the cases of Keiko Fujimori, Pedro Pablo Kuczynski, the Aprista Party, Peru Possible, PPC, Julio Guzmán and the revocation of Susana Villarán is added the one involving Pedro Castillo and Vladimir Cerrón, leader of Peru Libre.

Although the current president is not included in this investigation, the Money Laundering prosecutor Richard Rojas Gómez has found evidence of the income of undeclared money by the Castilista environment in the second electoral round of 2021.

In fact, an effective collaborator told the special team headed by prosecutor Marita Barreto that Sánchez contributed more than half a million soles to the Chotano professor’s campaign, a figure far removed from the S / 46,800 that he donated, according to the Peru report. Free ONPE.

In this folder, the Vice President of the Republic, Dina Boluarte, is also investigated. who was in charge of opening the bank accounts to receive campaign contributions for Castillo’s activities.

The hearing to evaluate Humala’s cassation was scheduled for tomorrow, but Judge César San Martín decided to reschedule it at the last minute.

That same day he must give his personal interview before the National Board of Justice (JNJ) as part of the ratification process that he has to overcome every seven years.

San Martín has not wanted to refrain from analyzing the cassation despite the requests of the supreme prosecutor Pablo Sánchez and the money laundering attorney Miguel Sánchez.

The name of the magistrate has appeared in the agendas of Nadine Heredia, wife of Ollanta Humala, and for this reason he has previously decided to withdraw from other cases involving the former presidential partner on the grounds of not questioning his impartiality. However, this time he has not done it.

Prosecutor Vela has been insistent on emphasizing this conflict of interest, but he has not been the only one. The ad hoc prosecutor for the Lava Jato case, Silvana Carrión, has also requested the judge’s inhibition in the Gasoducto case, which also involves the Humala-Heredias. And she has received the same answer: San Martín does not want to step aside.

“Carlos Caro, who is a lawyer for César San Martín, also represents the Enagás company, involved in the Gas Pipeline case. We believe that there are clear elements for the judge to withdraw from the process,” Carrión explained to this newspaper.

Regarding the cassation of Humala, the defender of the State maintained that the pronouncement of the room is decisive because it will conclude whether the contribution of money to a political campaign is money laundering or not.

“What the room resolves will have a significant impact on the rest of the financing cases because it will define a criterion, a way of operating,” he said.

Since 2019, the crime of financing prohibited political organizations has been criminalized, whose sentences can reach up to eight years in prison. But, for the Prosecutor’s Office, money laundering is what prevailed behind the money that entered political campaigns, including Castillo’s.

The effective collaboration agreement signed between the Odebrecht company and the Peruvian Prosecutor’s Office could be at risk due to the return of Lula da Silva, the main defendant in the Lava Jato case, as president of Brazil.

On November 7, the declarations of Brazilian directors begin in the trial against Ollanta Humala – financially aided by Da Silva through the powerful construction company, according to the prosecutor’s accusation – and the first scheduled is the former boss Marcelo Odebrecht. The next day, businessman Jorge Barata must do the same.

Peru21 learned that, despite the legal agreement, the demonstrations of the Brazilians –confessed witnesses of the delivery of millions of contributions to Peruvian political parties– are not guaranteed. Proof of these obstacles is the slowness with which international cooperation between Peru and Brazil works now, a country that delays the delivery of information.

The decision of the room headed by César San Martín is also a thermometer for the company to measure its collaboration in the future. 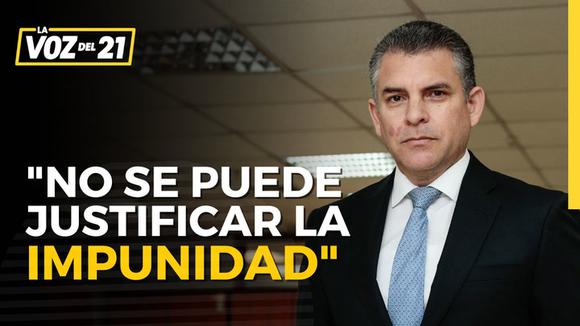