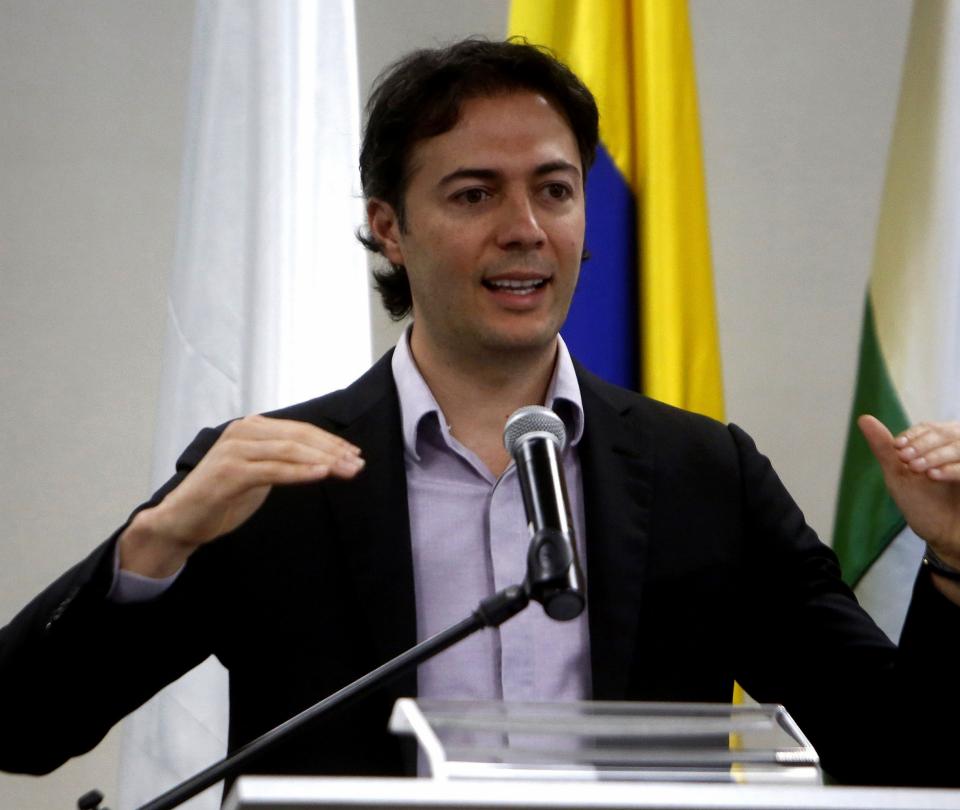 A Colombian court provisionally suspended the decree appointing the peace commissioner, Juan Camilo Restrepo, as mayor in charge of Medellín (northwest), alluding to the fact that it admitted an “electoral nullity” lawsuit filed by a citizen.

(Read: Daniel Quintero, among the mayors with the highest salary in the country).

The Administrative Court of Antioquia resolved suspend Executive Decree 723 of May 11, 2022, which made effective the provisional suspension of the mayor of Medellín, Daniel Quintero, ordered by the deputy attorney general of the Nation and who commissioned Restrepo as “delegate of presidential functions”.

Regarding this provisional measure, which came to light this Friday, the court explained that it is due to the fact that Restrepo does not belong to the same political party as Quintero, suspended for three months by the Attorney General’s Office for alleged participation in politics in favor of the leftist presidential candidate Gustavo Petro.

Regarding this “notorious fact”, the Jurisprudence stated that “the provisional suspension of the administrative act demanded is appropriate and the taking of said measure is more than justified, in the case of a temporary absence of the mayor suspended from his functions”.

“This is because the teleological sense of the norm is the protection of the democratic principle and the programmatic vote,” added the information.

MEDELLIN, WITHOUT A MAYOR AND IN CRISIS

In the square of the Alpujarra administrative center a small sit-in was held, in which members of Independents participated, movement to which suspended Mayor Quintero belongs.

The mayor was present at the scene in the company of his family and his municipal cabinet to state that he considers the court’s determination as a “first step” to do “justice”, but maintains a “discomfort” because Medellín is mired in a crisis. “We continue in an institutional instability.

Due to everything that has been hastily done by the government of (Iván) Duque with a political interest to intervene in the next electionstoday the city does not have a mayor,” Quintero told reporters.

“This is the beginning of justice, but when there is full justice I will return to my post,” said the mayor, who returned from Washington, where he asked the Inter-American Commission on Human Rights (IACHR) for precautionary measures to return to his duties and to the protection of his family.

Once he was removed from office, Independientes presented the Colombian president, Iván Duque, with a short list made up of María Camila Villamizar, Andree Uribe and Karen Delgado, but the appointment has been delayed, according to Quintero, because “there were no men on the list, it is a tremendously macho government”. “Why can’t a woman be in charge of the city?” he added.

(Read: The keys to the presidential elections this Sunday).

RESPECT THE RESULTS OF THE ELECTIONS

The suspended mayor pointed out that it has been “very tense” times for him, his family and the country, so he asked the government to be careful with the protection of the presidential candidates, whom he called the “symbol of national stability.”

He also asked to take care of the results of the presidential elections on Sunday and made a particular appeal to the commander of the Army, General Eduardo Enrique Zapateiro. “For General Zapateiro to say publicly that he is going to respect the results of the elections, that has not happened and should happen (…) no one in Colombia can be sure that next week will be calm”said Quintero

Court suspends the appointment of the mayor in charge of Medellín

A Colombian court provisionally suspended the decree appointing the peace

The remittances received by Nicaraguans from different parts of the

Real Madrid is the owner of Europe: it defeated Luis Díaz’s Liverpool and won the Champions League

real Madrid gave a new example of hierarchy by defeating this Saturday, May 28 1-0 to

The start of the Champions League final between Liverpool and Real Madrid is delayed, a maximum

Alert in Antioquia due to low registration of electoral witnesses

the italian cyclist Alessandro Kovi (UAE Team) won this Saturday, May 28, stage 20 of the