The Mayor’s Office of Baruta reported via WhatsApp that they have not allowed “any type of work or anything related to it” in Cumbres de Curumo, however the construction continues, covered with black bags and, in addition, with extended work hours until 7:00: 00 pm although the permitted hours are until 5:00 pm. Members of that community in the southeast of Caracas summon Mayor Darwin González on social networks to give them answers to the claims because “many of his votes came from this community”

Residents of Cumbres de Curumo have denounced the illegal construction of a car wash in the shopping center that bears the same name as the development. Marianela Rodríguez, an architect and resident of the area, explains that although the use of that space is commercial, the work is illegal “because it is already exceeded in the percentage of construction allowed for that plot.”

According to the MAnnual Zoning of the Baruta and El Hatillo municipalities of 1993, which is still in force, constructions on this land must allocate 90% of the area of ​​the plot to accesses, free areas, green areas, loading and unloading, etc. 10% for deposits in semi-basements, 10% for commercial floor and the mezzanine may be used for offices or shops. This work exceeds these limits.

In rejection of the construction, the inhabitants of the area have carried out street protests, complaints via social networks and they have been in communication with the Mayor’s Office of Baruta to demand answers; but to date these have been scarce and those affected consider that they are being mocked.

The Mayor’s Office of Baruta created a WhatsApp chat called GV Cumbres de Curumo to maintain direct communication with neighbors. On July 6, the complaint was made in this way and one of the group’s administrators, identified as the Mayor’s Office of Baruta, informed them that “the Municipal Engineering Department has not permitted any type of work or anything related to it, and much minus the tax administration. In the same way, his complaint was sent to the address to carry out the pertinent actions in this regard », the message reads.

The official lawsuit was filed with the mayor’s office on July 25, but Rodríguez says that “no one officially responded to the complaint.” However, he claims that The director of Civil Registry and Citizen Services, Reyna Alemán, reiterated that this construction “has a procedure, that it does not have a permit, that it is an illegal construction.”.

Attention.
Residents of Cumbres de Curumo inform me of a construction where they intend to install a business. There is a sign that offers car wash service, polishing, alarm, smoked paper, upholstery cleaning. There is also a Poster of the Mayor’s Office…
Continue the thread👇 pic.twitter.com/ejQYvdnDhS

The mayor’s office sent three prosecutors who arrived at a place and stuck the same sign twice (one next to the other), at two different times, reminding them that to carry out any type of construction, the administration must be notified, in compliance with the article 84 of the Organic Law of Urban Planning. This article requests the project of the work to be carried out, certification of the supply capacity of the corresponding public services, proof of payment of municipal taxes, among other documents. 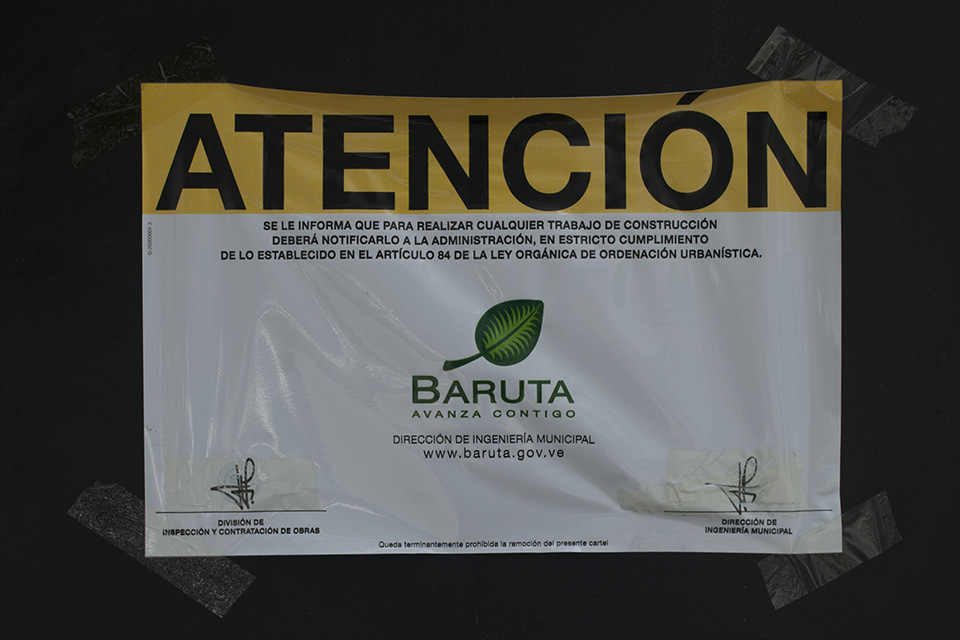 However, the architect Marianela Rodríguez assures that article 84 does not apply because it only emphasizes asking for permission and complying with certain precautions. She explains that reference should be made to article 109, which addresses the sanctions for natural or legal persons who carry out urban works or activities without complying with the law.

Among the sanctions are the immediate stoppage of the work, if the urban variables are violated, the work must be partially or totally demolished and fines for twice the value of the work.

To date, the Mayor’s Office of Baruta has not explicitly ordered the stoppage of the work and it is unknown if there are investigations and procedures in progress.

In the parking lot of the Cumbres de Curumo Shopping Center, a car wash is still being built —covered with black plastic— that offers polishing, alarms, beautification, smoked paper and more. They are promoted by an Instagram account called Cumbresmotors that it offers the sale and consignment of vehicles and that it only has two publications, both from May 30 of this year.

To corroborate that this is an illegal construction, investigate why the stoppage of the work has not been ordered while investigations are carried out and who is the owner of the property, SuchWhich contacted the communication director of the Mayor of Baruta, Luis Omanaas well as directly with queen germanwith Harold Sosa, director of Civil Engineering for the mayor’s office.

On Tuesday, August 2, both public officials offered to answer to this medium the concerns raised among the residents of the area, but as of the date of publication of this text, no response was received.

SuchWhich also wrote to the president of the Municipal Council of Baruta, Louis Aguilarbut there was no answer either.

Only Luis Omaña said via WhatsApp message that “the issue is that the response times are not as fast due to the review of the files.” 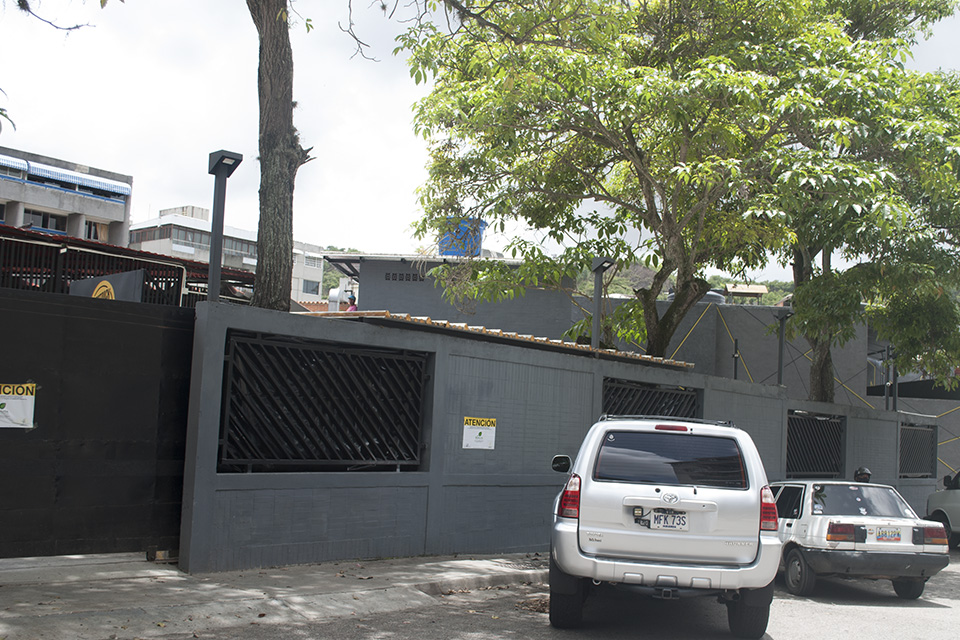 For Iñaki Alberdi, a resident of Cumbres de Curumo, the signs pasted by the Mayor of Baruta at the entrance of the place are “a salute to the flag because after they are installed, work continues without paying attention to it and generating annoying noises for the neighbors. It is a mockery for both the neighbors and the mayor’s office because they ignore it.

Alberti maintains that they are not opposed to progress or entrepreneurship, but they demand that the laws and municipal ordinances be complied with. “We want our quality of life to be maintained, that the zoning is not violated, we want a response and action”express.

Iñaki Alberdi also condemns this construction extending its working hours until 7:00 at night; when in Baruta the permitted hours for construction are Monday through Friday from 8:00 am to 12:00 pm and from 1:00 pm to 5:00 pm.

*Also read: Learn about the Baruta noise nuisance ordinance that can fine you up to $1,200

Despite rumors that the construction is owned “by a general”, the neighbors have not been able to confirm who is the owner of the work.

Since 2020 they have been inquiring about the ownership of that property and they still do not know the information; Therefore, they requested that file from the Municipal Chamber for the review of the inhabitants of the urbanization. “There have been many obstacles to accessing that document,” says the architect Marianela Rodriguez.

Other complaints that the residents of Cumbres de Curumo have sent to the mayor Darwin Gonzalez and that are related to regularities of urban order are the changes of use in premises, increase in illegal constructions, unauthorized extensions in fifths, constructions on retirements, noises by parties, among others; but these do not receive satisfactory answers either.

They say that constructions that violate the ordinances have become common in the Cumbres de Curumo Shopping Center. They say that the Animalarium pet store made an extension and the neighbors could never verify whether there was permission or not, they say that an extension was made in a sushi place that interrupted a pedestrian crossing and nothing was done and extensions in the still life 33.

The residents of Cumbres de Curumo have all their complaints registered, ordered more or less from the years 2017-2018; but the absence of official answers is what has always won the cases. 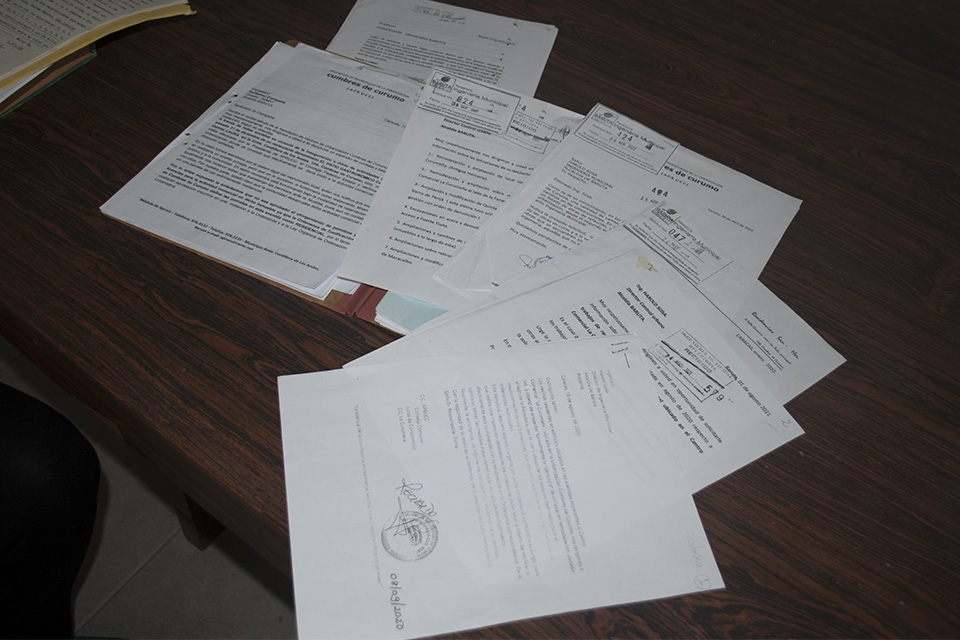 The Mayor’s Office of Baruta reported via WhatsApp that they

This homeland of love that hurts…

The Mega-Sena Contest 2508, which will be held tonight (6th)

Through the Military Community Brigades (Bricomiles), they rehabilitate the “La Libertad” Initial Education Center, located in

JPSUV holds a discussion of the 1×10 of Good Government

Exiles carry a poster against the communist government of Cuba | Luis F. Rojas By ARMANDO