congressman Jose Cueto (Popular Renewal) pointed out that parliamentarians from various groups are promoting two interpellation motions against the Minister of the Interior, Willy Huertadue to recent changes in the National Police of Peru (PNP).

The parliamentarian indicated that he has signed both initiatives, which are promoted by the Renovación Popular, Avanza País and Alianza para el Progreso (APP) groups. In that sense, he said that he hoped that next week the member of the cabinet could go to the Legislative Palace to answer the questioning statement.

“Today I signed two (interpellation motions). There is one of us (Popular Renewal) with Avanza País that is almost ready and I know that APP is also presenting a that I have also signed so that the questions can be supplemented”, declared Cueto in dialogue with Canal N.

LOOK: Minister Huerta considers the president’s decision to change the high command of the PNP “correct”

“Let’s hope that this is for the next plenary session and he realizes it. If we can see it in the morning and in the afternoon, discuss it so that we can quote it next week and question it”, he added.

Next, Cueto Aservi explained that direct censorship of Minister Huerta is not promoted, despite the fact that he appeared before the Defense Commission on Monday, because they want all congressmen to listen to how he answers the questions put to him.

“We made the consultation with the senior officer and he suggested that we go through the interpellation. In the (Defense) Commission we are a small group where many times some members are not present, so to avoid these suspicions that only a small group listened and went to censorship, we have decided to go through the interpellation”, he expressed.

At another time, the Popular Renovation parliamentarian referred to the participation of the head of the Ministry of the Interior in the Defense Commission and emphasized that it gave “shame and sorrow” that does not defend the Police.

“We have been ashamed and sad to see a minister who does not defend the institutionality of the Police. I have a lot of relationships with young people from different classes. I can assure you that there is general discontent among the young officers of the Police. Almost two years of mistreatment are coming and he gropes the Police. It started with Mr. Vizcarra, Sagasti increased it and Castillo is doing the same”, Cueto said. 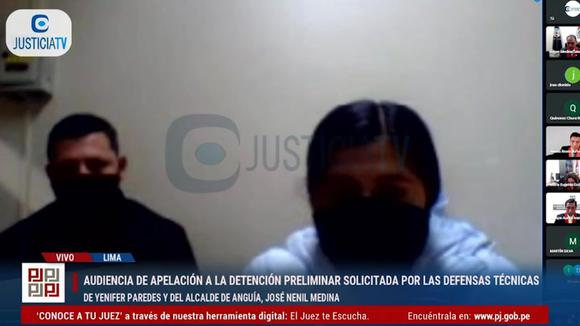 Statements by Yenifer Paredes at her hearing

New Year’s meal. Illustrative photo LN. These end of the

The President of the Republic, Dina Boluartequestioned that union leaders

They cite the objections of the PLD to the Trust project

Two of the aspects that Dominican Liberation Party (PLD) claims

The Minister of the Interior, General PNP (r) Victor Rojas Herrera, rejected the request of the