This weekend the first expedition of the 11th edition of the environmental contest, Colossi of the Earth, took place. There were almost 1,000 kilometers of travel through three departments to pure emotion and adventure looking for the largest tree in Paraguay.

The first expedition of the three planned, left last Friday with a delegation of more than 50 people, including members of the NGO A Todo Pulmón, environmentalists, representatives of brands that support the contest, press workers and influencers.

The first stop was an unknown quantity for the invited expeditionists. The delegation landed in the Caazapá National Park to visit two huge specimens of Yvyra Pytã, both finalist trees were discovered and registered by the park rangers themselves. 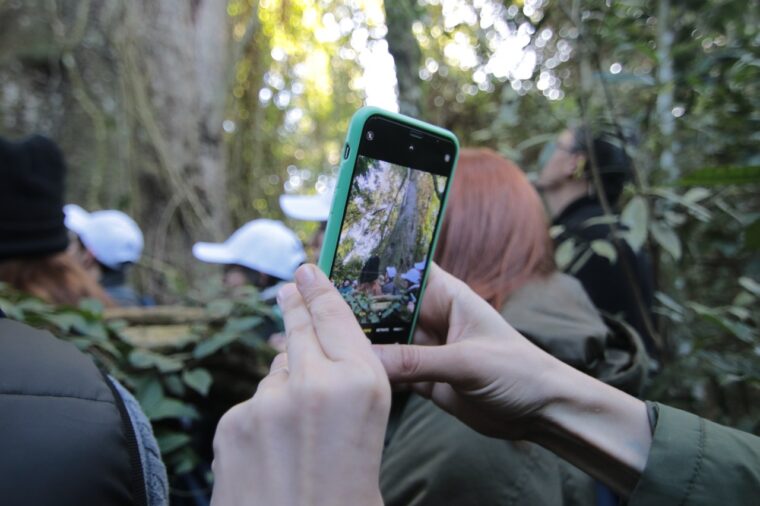 In this sense, Laura Ayala, one of the park rangers, gave her testimony and said that her greatest satisfaction is caring for the forests, thinking of future generations, such as those of her son who was present at the time of the expeditionists’ visit. . 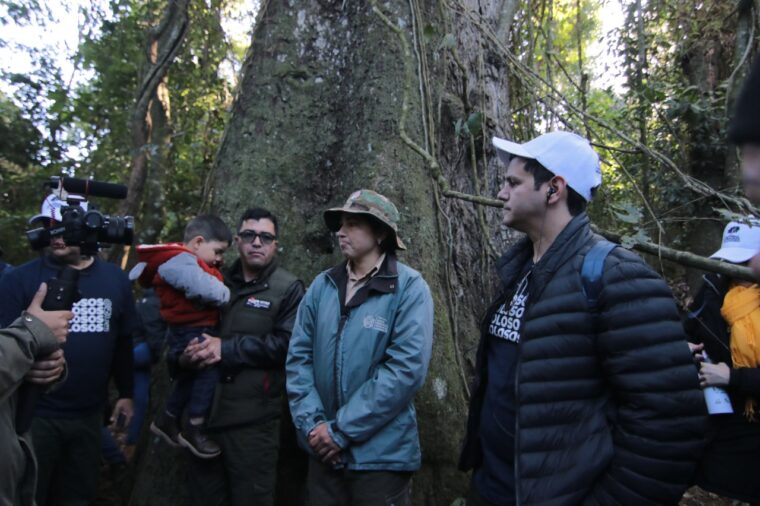 The second stop did not move from the department of Caazapá, but it was in the town of Maciel. Two leafy trees of the Timbó species were waiting there, nominated by the Reljuv SA company, which develops the El Paraíso Verde real estate venture, in addition to tasks related to reforestation and the commercialization of medicinal plants.

There was a moment full of emotion, when a poster was seen hanging from one of the trees with the phrase “Plant a tree, write a book and have a child”, popularized by Don Humberto Rubin, creator of the NGO A Todo Pulmón . 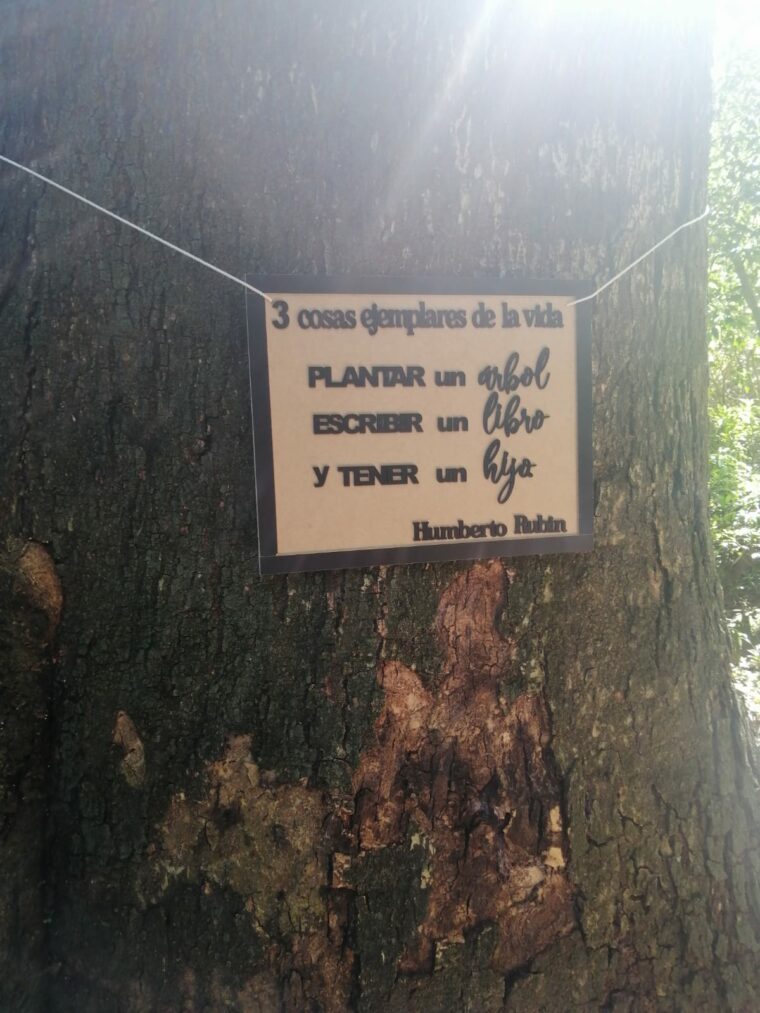 Already on the second day of the expedition, the turn was from the department of Itapúa, specifically in the towns of Bella Vista and Obligado, where two Tajy trees were waiting, with really exciting family stories and with the commitment to transmit the value of nature of generation to generation. One of them was even declared of tourist interest for the community. 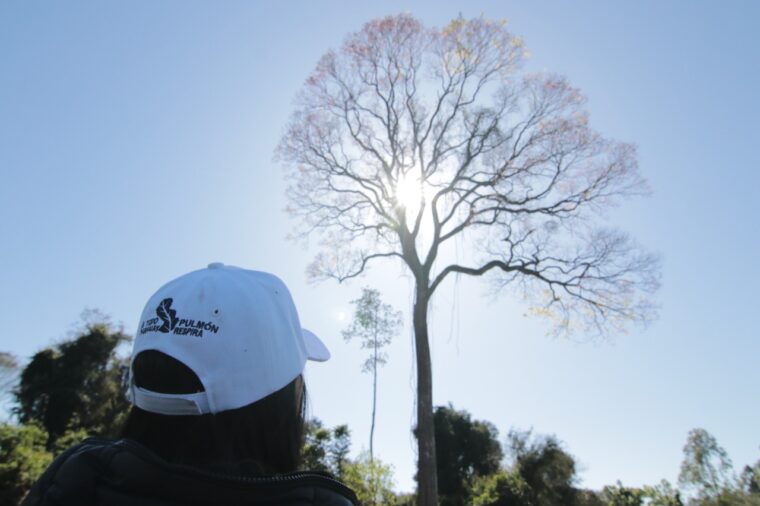 Majestic Tajy in the town of Bella Vista. Photo: ATP.

This first expedition ended in the town of San Patricio, department of Misiones. The activity was marked by artistic and gastronomic samples, as characterizes said city. The emotion increased when discovering a copy of Timbó, considered a relic for all the inhabitants, who are in charge of preserving it.

There are still two weekends of expeditions left, through other areas of the country and with more colossi finalists to visit. The winners of all the categories of the contest will be announced at the end of September.

It should be remembered that the Colossi of the Earth contest is an initiative carried out annually, which seeks to provide a valuable and important contribution to make visible the importance of preserving our forests, and this year with a slogan as important as “Let nature surprise you”. 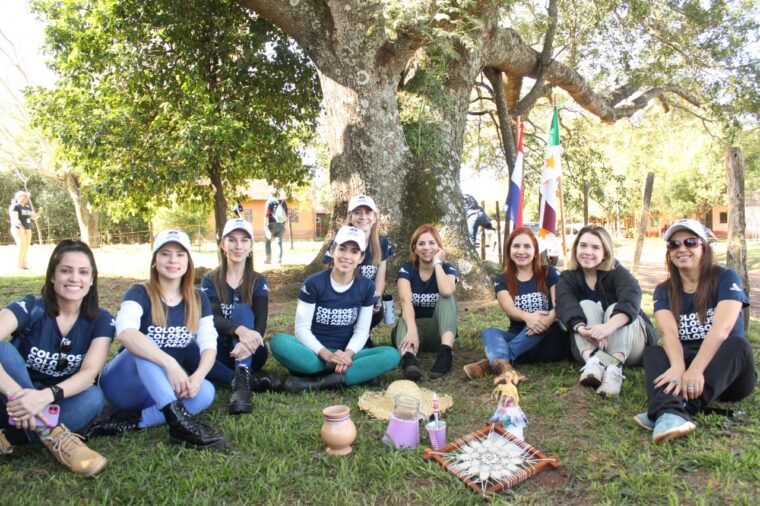 Colossal expedition in search of the largest tree in the country

Majestic Timbó visited by the expedition in San Patricio, Misiones.

SNI: Poverty in the North Macroregion reaches one in four inhabitants

Monetary poverty in the North Macroregion of the country (Cajamarca,

The delegation included executives from the corporations Bank of America,

The ruling party backed the ministers Heber and Bustillo, but

SNI: Poverty in the North Macroregion reaches one in four inhabitants

Uruguayan Minister of the Interior rules out “minimizing” the Marset case

World August 22, 2022 8:33 PM The Uruguayan Ministers of Foreign Affairs, Francisco Bustillo, and of

Customs areas could apply the use of scanners

In a regular meeting, the Legislation and Codification Commission, chaired by deputy Jorge Ávalos Mariño (PLRA),

Velázquez as president leaves the country “badly standing” according to analysts

Pope Francis will impose the cardinal’s cap and ring on Monsignor Adalberto Martínez this Saturday, August

Coric, champion in Cincinnati, climbs 123 positions in the ATP ranking

The first patient recovered from monkeypox in Bolivia is discharged

World August 22, 2022 8:33 PM The Uruguayan Ministers of Foreign Affairs, Francisco Bustillo, and of