The General Inspectorate of the National Police summoned for this Wednesday Colonel Harvey Colchado in order to be notified with the complaint that President Pedro Castillo filed against him for having intervened in the Government Palace to arrest his sister-in-law Yenifer Paredes.

According to the subpoena, to which he agreed Peru21Colchado must go at 9:30 am to the Disciplinary Office located on Aramburú Avenue, in Surquillo.

Sources of this newspaper indicated that after notification, the officer will have 10 days to provide his written defenses.

Last Thursday, Castillo asked the Police General Inspectorate to initiate a disciplinary process against Colchado for having raided Pizarro’s House, despite the fact that he was complying with a court order together with the special team of the Prosecutor’s Office.

“At the end of the same (disciplinary process) the sanction of very serious is imposed, consequently, he is immediately retired,” reads the document that was presented by Eduardo Pachas, lawyer for the head of state.

LOOK: Pedro Castillo seeks the expulsion of the colonel who investigates his criminal environment

Pachas – who had previously threatened the authorities with retaliation for the diligence – affirmed that the PNP colonel “tore up minutes” and intimidated them into giving him the videos from the security cameras.

But the government made an unexpected move last saturday, changed the Inspector General PNP and put Segundo Leoncio Mejía Montenegro, a Chotano general. That is, someone trusted by President Castillo.

Mejía, the countryman of the president, will be the one who decides the fate of Harvey Colchado. 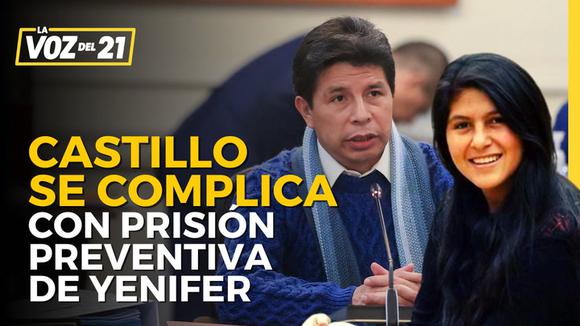 The United States embassy in Nicaragua insisted that Nicaraguans pick

Panama Metro misses the crown and comes looking for the

Ronaldinho will play an exhibition match in Ecuador

The President of the Republic, Dina Boluartemet this morning with representatives of the Peruvian Press Council