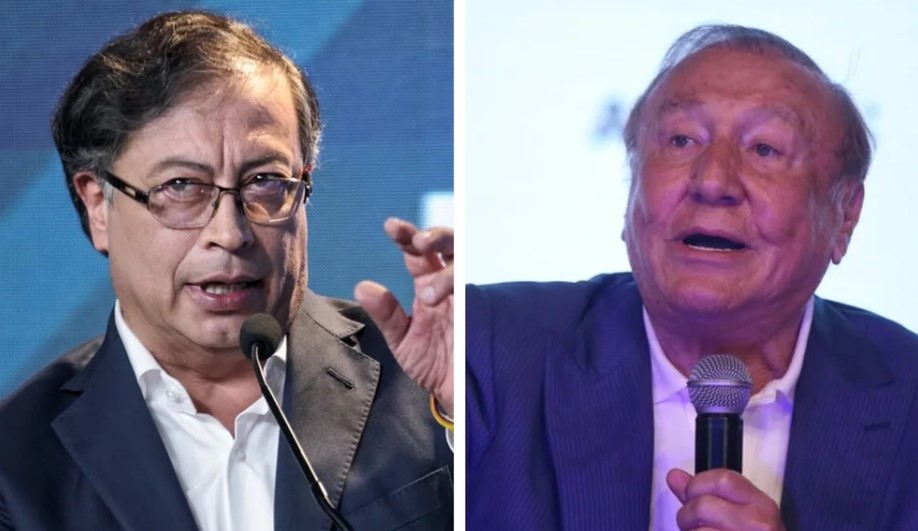 In the first round of the presidential elections, the Colombian electorate chose to move towards the extremes of the political spectrum, rejecting the more moderate candidates. He favored Gustavo Petro, a prominent leader of the Colombian and Latin American left, and Rodolfo Hernández, an engineer and millionaire businessman, who proclaims himself a defender of free enterprise.

Petro has been linked to the Sao Paulo Forum and the Puebla Group, was close to Fidel Castro and his brother Raúl, is an admirer of the Cuban revolution and the Bolivarian revolution, at least when Hugo Chávez was alive, and a defender of discourse and the interventionist practices that have guided the conduct of leftist parties and organizations on the continent. He was a member of the M-19, an insurrectionary group that spread terror in Colombia during the 1980s. He was responsible for the assault, in 1985, on the Palace of Justice, headquarters of the Supreme Court of Justice, in which more than one hundred people died, including eleven magistrates of the Court.

Rodolfo Hernández is a folkloric, chatty and prosaic businessman who, at 77 years of age, decided that he wanted to spend his last years in this dimension entertainingly playing politics. Kind of like Donald Trump. Luck, but above all the severe crisis that the traditional Colombian political elites are experiencing, favored him. The accelerated growth of his alternative during the last weeks of the campaign showed the population’s weariness with Uribismo, with the government of Iván Duque and with the sectors that have been running the nation for decades.

The two candidates who are vying for the presidency of the Republic represent a serious danger for the future of the sister republic and, of course, for Venezuela. Colombia competes with Chile for fourth place among Latin American economies, after Brazil, Mexico and Argentina. During the Duque period, despite the pandemic, it achieved significant growth rates in its GDP. Oil exploitation –thanks largely to the technical and managerial contribution of Venezuelans- has increased considerably.

What happens is that Colombia continues to be a country where inequalities and social contrasts are very marked. The oligarchy is rancid and insensitive to these imbalances. Poverty spreads through the cities and the countryside without the governments being able to combine policies that reduce it ostensibly. These contrasts provoked the mobilizations and violent demonstrations of 2019 and 2020, sinking Duque’s popularity to the basement.

Petro and Hernández managed to take advantage of the discontent with the traditional parties and groups and magnetize the citizens in a different way. Both moved at the level of general proposals on central issues such as the reduction of poverty and informality, social violence, existing inequalities in access to quality education and health for the great majority. The problem of the distribution of land in the countryside and the fight against drug trafficking were also aspects that remained floating in the clouds. The situation of the nearly two million Venezuelans who have fled to Colombia and relations with the government of Nicolás Maduro also remained in limbo. Both say they will restore diplomatic and commercial relations with Venezuela. Fine, but in exchange for what? It is understandable that they want to differentiate themselves from Duque on this level, but does Venezuelan democracy give a damn?

According to Petro’s background and ideological formation, it is legitimate to assume that the former leader of the M-19 will address the enormous conflicts in Colombian society with the canons of the traditional left: statism, regulations and excessive economic interventionism; increase in the mechanisms of social control over independent organizations; pressure on the Judiciary to favor the decisions of the Executive; and coercion of independent media. At the international level, his partners will be Cuba, Nicaragua, Mexico, Bolivia, Argentina and the other ALBA countries. Relations with the United States could sour, despite the importance of trade between Colombia and the northern power. The scheme could be the one that is already known.

Rodolfo Hernández constitutes an unknown quantity, like all outsiders. Apart from being a picturesque character, that he assumes vulgarity as an attribute to identify himself with the people, of simple and concise thinking, very little is known about his vision of the State and society. From his passage through the Bucaramanga mayor’s office, the complaint of corruption was left for having given one of his sons a contract without bidding. This precise statement was not an obstacle for the “fight against corruption” to become one of his fundamental slogans during the first round.

Perhaps Hernández’s advantage over Petro is that the entrepreneurial engineer lacks a project and an organization determined to materialize it. The management of him would perhaps be nothing more than improvised and chaotic. Instead, Gustavo Petro has the support and tradition of that left that has never rested in its desire to keep Latin America behind. Hard decision for Colombians.

In the first round of the presidential elections, the Colombian

Ecuador managed to get rid of the difficult approach that

Salvage: "Energy is crucial to growth and we are committed to development"

(Photo: Pablo Añeli). There, where the production of energy requires

In a very busy match played on Thursday night (2)

Biden calls on the nation to ban assault weapons in speech

“This is not about taking away anyone’s rights. It’s about protecting children, protecting families. It is

The 1×10 System of Good Government is the correct path to be closer to the people,

In a sector of Tocuyito (Carabobo) Jeanfranco Nolasco Corona Castillo was captured, wanted in Colombia for

Venezuela pleads in Stockholm to reverse the “Triple Planetary Crisis”

Biden calls on the nation to ban assault weapons in speech

EFE- Biden asks in a speech to the nation that assault weapons be prohibited. The President