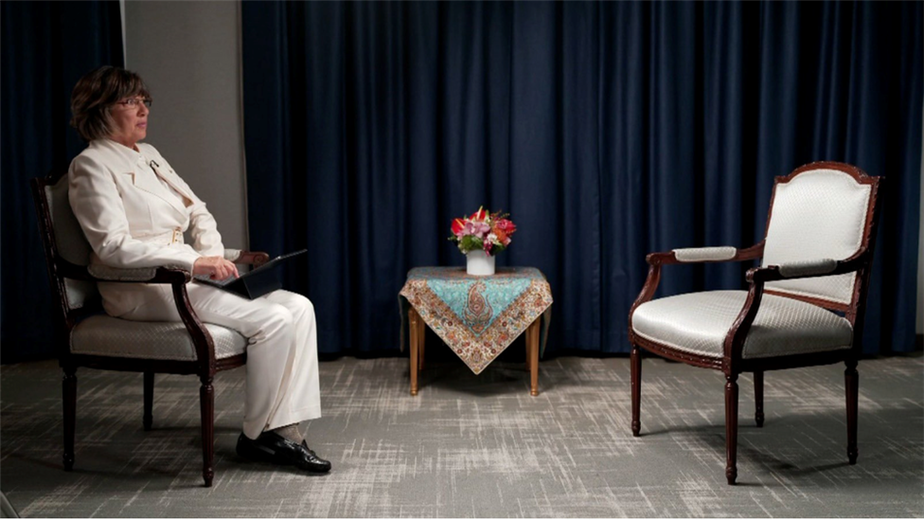 CNN journalist Christiane Amanpour has canceled an interview she was due to conduct in New York with Iranian President Ebrahim Raisi after she was required to wear a headscarf.

Amanpour, who has a long professional career, pointed out that no Iranian president had made this request to him before when he interviewed them outside Iran.

According to the journalist, an assistant to Raisi told her that it was for “the situation in Iran”.

The death of a woman detained in Iran for allegedly breaking veil regulations has sparked violent unrest in that country.

Mahsa Amini, 22, slipped into a coma last week, hours after she was arrested by morale police.

According to some reports, the officers hit Amini’s head against one of their vehicles. Police have said there is no evidence of any mistreatment and that the woman suffered “sudden heart failure”.

The protests, now in their seventh day, have reached another 80 cities and peoples of the Islamic Republic. At least 17 people have died.

The interview would have been Raisi’s first on US soil, during his visit to the UN General Assembly.

Amanpour explained that she was ready to do it when one of the president’s aides insisted that she cover her hair at Raisi’s request.

“We are in New York, where there is no law or tradition regarding headscarves,” the journalist later said on Twitter.

Amanpour explained that Raisi’s assistant had made it clear that the interview would not take place if she did not wear a headscarf, saying it was “a matter of respect”.

Her team walked away from the interview rejecting what she called an “unexpected and unprecedented condition.”

The presenter then posted a photo of herself without a headscarf in front of an empty chair, in which Raisi was supposed to sit for his interview.

Raisi was elected president last year and signed an order in August to enforce a new list of restrictions.

These include the introduction of surveillance cameras to monitor and fine unveiled women or refer them to “counseling,” and a mandatory prison sentence for any Iranian who questions or posts content against hijab (headscarf) rules online.

The restrictions led to an increase in arrestsbut they also sparked a surge in women posting unveiled photos and videos of themselves on social media, something that only intensified in the days after Amin’s death.

It’s a question correspondents face when interviewing senior officials for whom headscarves are a problem. When we work in Iran, where wearing them is mandatory, we have had to comply with the norm.

In the past, Iranian officials have accepted that the rule does not apply beyond their borders. But the image of an unveiled correspondent – and of Iranian descent – grilling an ultra-conservative president on what is now an explosive issue in the country must have been seen as too politically risky.

There is a similar sensitivity in Afghanistan, country controlled by the Taliban. Some senior Taliban officials have even told us that there can be no footage of them sitting with a female journalist. But some are less strict.

Many of us tend to be guided by what works best to achieve the best interview. There is a balance between not showing disrespect and not accepting impositions. But when the interview is about headscarves, that’s a different story.

Now you can receive notifications from BBC World. Download the new version of our app and activate it so you don’t miss out on our best content.

Check the presidential candidates’ agenda for this Friday (23/9)

This is the agenda of the 11 presidential candidates for

Passenger traffic by air grew 85% in the first 8 months

The Civil Aeronautics revealed the figures for the mobilization of

Check the presidential candidates’ agenda for this Friday (23/9)

They seize 1.2 t of cocaine in Brazil and the Federal Police assures that it is from Bolivia

They set up a vigil in Trompillo to ask for the search for the pilots; rescue teams leave this friday

The Kingston clan, the polygamous and inbred sect of Mormons accused of rape, incest and slavery