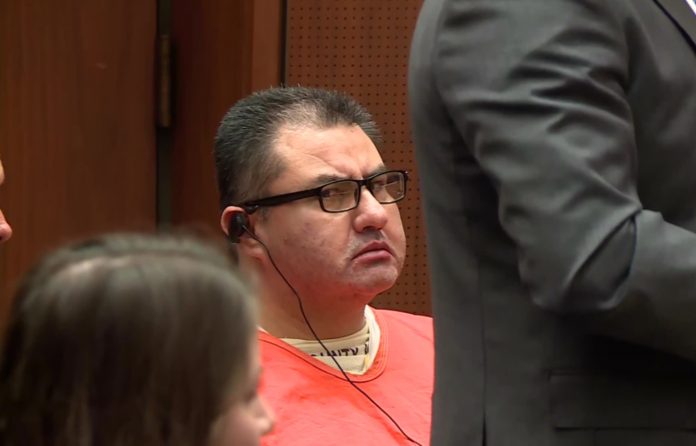 Mexican pastor Naasón Joaquín García, leader of the La Luz del Mundo church, pleaded guilty this Friday to at least three charges of sexual abuse of minors in a US court. This was reported by the attorney general of CaliforniaRob Bonta.

The guilty plea comes just days before the trial, which was scheduled to begin next Monday with jury selection.

The sentencing hearing is set for next Wednesday, June 8. They will do it in a Los Angeles court.

“As the leader of La Luz del Mundo, Naasón Joaquín García used his power to take advantage of children. He relied on those around him to groom parishioners for sexual assault,” Bonta said in a statement.

He added that today’s agreement “can never repair the damage, but it will help protect future generations.”

García was arrested three years ago, on June 3, along with one of his assistants, Susana Medina Oaxaca, after they arrived at Los Angeles International Airport in a private plane.

Medina, Alondra Ocampo and Azalea Rangel Meléndez, the latter with a search and arrest warrant issued against her, also face charges in the same case.

Bonta specified that the investigation, which began in 2018, culminated in the arrest of García, Medina and Ocampo in 2019. This for conduct that occurred over several years in Los Angeles County since at least 2015.

Ocampo, who had pleaded guilty to four counts in October 2020, was a potential witness against the religious leader at trial.

The non-Trinitarian Christian church La Luz del Mundo, which has its international headquarters in Guadalajara (Mexico), was founded in 1926 by Aarón Joaquín, Naasón’s grandfather. It is currently present in 60 countries and claims to have up to 5 million followers.

In the coming months, after more than two years of

The No.3 in the world Alexander Zverev has “several torn

Jack Robinson wins in Indonesia, but Filipinho remains leader in the WSL

Australian Jack Robinson, 24, proved himself to be the executioner

Freedom of expression was violated 14 times in May 2022, says Espacio Público

State institutions continue to be the main perpetrators of violations of freedom of expression, while among

“To the Venezuelan people who like to be on the wave, I ask you: Did you

They seized 21.6 tons of drugs in five months

Between January 1st and May 31st, different security agencies seized 21,632 kilos with 798 grams of

The president of Bolivia, Luis Arce, will not attend the Summit of the Americas, called by