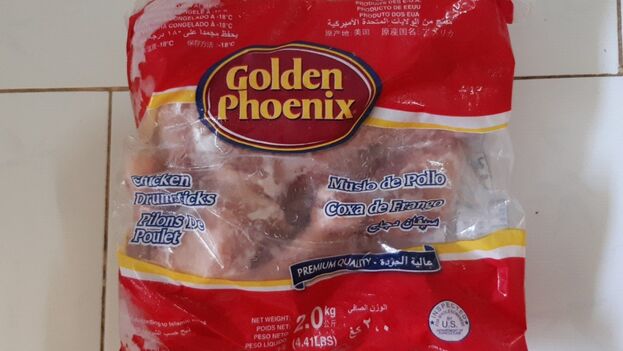 The scarcity, once again, of chicken in the markets and the high price at which it is found – up to 270 pesos a pound in the informal market – is consistent with the decrease in exports from the United States, the largest supplier of this product to the Island.

According to disclosed data by the Cuban economist Pedro Monreal this Thursday, in just three months, since February 2022, the amount of chicken meat imported by Cuba from the neighboring country fell by 54%. For the specialist, “it could be in a phase of shortage of imports from the main supplier.”

The latest figures, which the economist takes from the US Foreign Agricultural Servicereflect that in May chicken meat exports registered “notable falls for the second consecutive month, with a contraction of 28% in tons, which had not had such a low level since November 2020.”

Despite this decrease, Monreal points out, “the levels, both in value and in tons, remain relatively high compared to historical data”

Despite this decrease, Monreal points out, “the levels, both in value and in tons, remain relatively high compared to historical data.”

Havana has to import about 80% of the food it consumes, for which it spends about 2,000 million dollars a year. Imported chicken meat has long been essential on the Cuban table, given, on the one hand, the disappearance of other sources of protein from the market, such as fish, eggs or beef, and, on the other, the other, the stratospheric rise in the price of pork.

In these months of intense heat, the purchase of large quantities runs the risk that the frozen chicken will spoil during the long power outages that are occurring throughout the Island. Consumers must choose between two risks: that of buying little of once and run out of chicken in the fridge or lose money on groceries after a long power outage.

The scarcity, once again, of chicken in the markets and

ECLAC: Nicaragua grows less due to conflicts and political instability

“The global performance of the Nicaraguan economy after World War

Celeste Amarilla, a national deputy for the Liberal Party (PLRA)

Heat, rain and lack of fumigation are the perfect combination for the mosquito Aedes aegypti do

The Ministry of the Interior confirmed this Wednesday that Professor Santiago Morgado, whose body was found