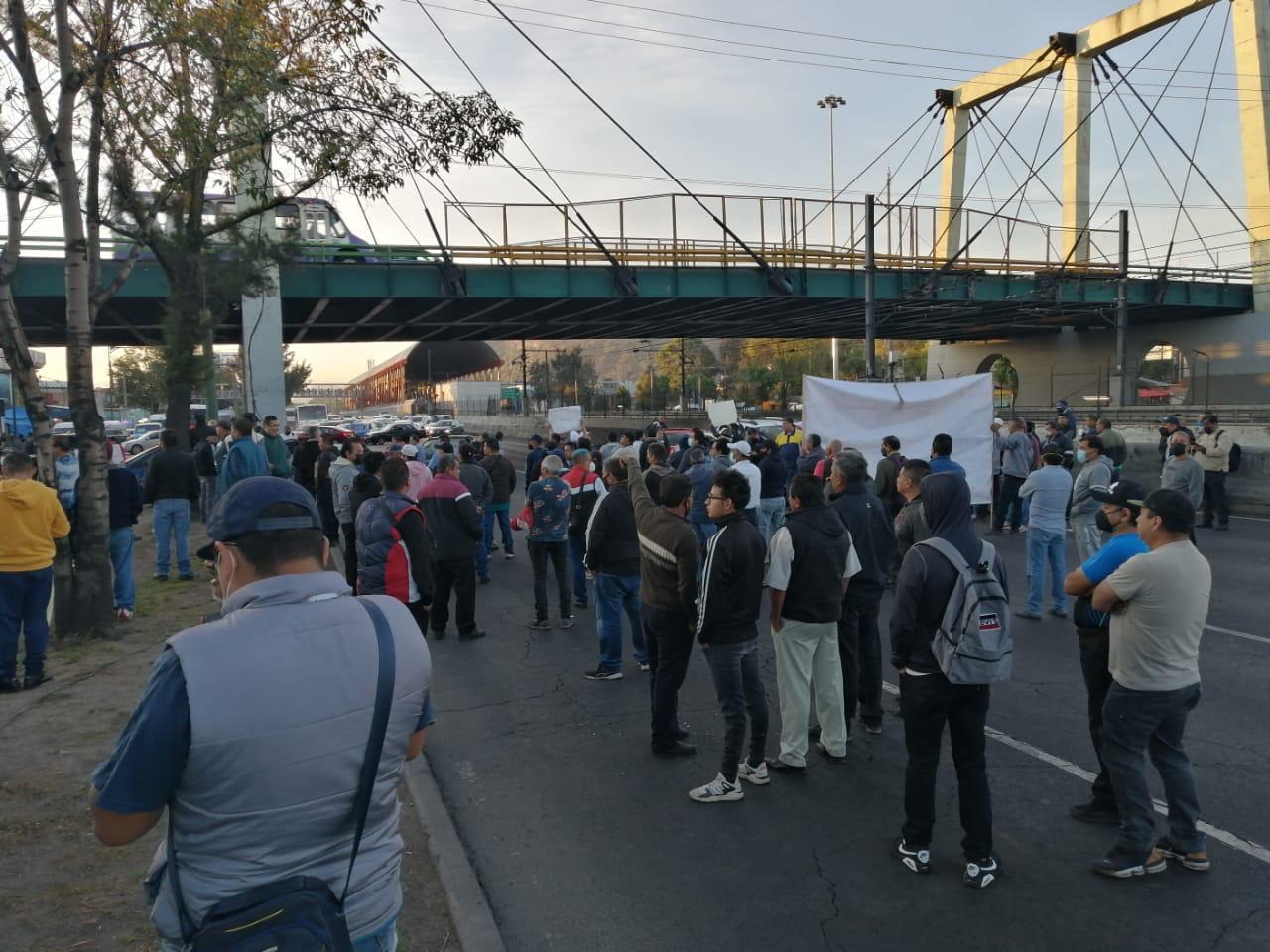 As planned, this Thursday more than a thousand transporters distributed in roads such as: Constituyentes and Reforma, Insurgentes, at the height of Indios Verdes, Calzada Taxqueña and Miramontes, Calzada Ignacio Zaragoza, among others, were blocked as a measure to pressure the authorities agree to their demands.

Starting at seven in the morning, carriers took to the roads shouting “fair rate” and “solution, solution, we want a solution.”

With banner in hand, the drivers of different passenger transport routes were distributed on different fronts in order not to allow motorists who were stranded to move and avoid an accident.

Passengers on other transport routes that did not participate in the blockades had to walk for several blocks to reach another means of transportation such as the Metro or Metrobús. As he passed, some reproached the protesters for the damage.

“I wish that just as they demand their rate, they would also give a good service, they all drive crazy, smoking and even with their cell phones. Do you still dare like this?”, a woman shouted to the carriers at the intersection of Taxqueña and Miramontes.

Other affected users decided to run to get to their activities on time. His face showed the desperation to get quickly to the Taxqueña station of Line 2 of the Metro.

On Canal de Miramontes avenue, a transporter decided to lift the ticket that came from Tlalpan or the Taxqueña Metro to transfer them to the center of Xochimilco, but his attempt to earn a few pesos ended in a lawsuit with the protesters, who attacked the unit and broke various glasses.

The government of Mexico City sent elements of the Ministry of Citizen Security to all the blockade points to withdraw the protesters and free the roads. In most of the places the operation was carried out without any problem, except in Indios Verdes where there was tension and some jostling between the uniformed officers and the demonstrators.

In Taxqueña and Miramontes, the police tried to encapsulate the carriers, but they decided to run towards the Tlalpan road, where they again blocked traffic for a few minutes.

Complicated Thursday for CDMX As planned, this Thursday more than

The Teachers’ Union Unit (USM) denounced the unjustified dismissal of

100 days of war are fulfilled: deaths, refugees and destruction

To stay alert. Although it was ruled out presence of

Unifin Financiera is a Mexican company that provides financial services to companies through leasing, billing, insurance,

Remittances and narco, between the uncomfortable truths and the peasant heroes

Don’t let the truth ruin a great story, Randolph Hearst demanded of his reporters. The media

One in three people in the world lacks drinking water

Magistrate will propose to ratify sanction against morenista governors

For this reason, the determination of the Specialized Chamber of the TEPJF to give a hearing

Remittances register in April the highest amount in four months