Elena Quinteros was born in Montevideo on September 9, 1945, and was arrested and disappeared in the same city on June 24, 1976, within the framework of the civic-military dictatorship.

The FA pays homage to Quinteros, in her capacity as a woman, teacher, political and social activist, member (along with the murdered teacher Julio Castro) of the Socio-Pedagogical Missions.

Quinteros was trained in the school of the Dominican sisters, and studied teaching at the Artigas Institute of Teachers and at the Faculty of Humanities. In 1966, at the age of 21, she graduated as a teacher and began teaching classes.

“Close to the realities of the town, seeing the hardship of the weakest transferred to the school, she assumed a greater duty in search of profound changes that the country needed. She was part of dozens, hundreds, thousands of young people convinced that to end social injustice, the world had to be changed. And that conviction was given and strengthened in the strikes and in the struggle, in the resistance and in the militancy”, recalled the Broad Front.

In 1975, she was required by the Joint Forces and dismissed from her position as a teacher by the authorities of the dictatorial government.

On June 26, she was arrested and transferred to the “300 Carlos” torture center, dependent on Army Division I. On the morning of June 28, she was led to the vicinity of the Venezuelan embassy with the ruse of “ deliver” a contact. She tried to escape, ran, jumped over the wall and entered the embassy gardens. She called out her name and asked for asylum. Her staff tried to help her without success in the struggle between the Uruguayan police and military who took her away.

With her leg broken, she was placed in a car bound for the 13th Infantry Battalion, where she was subjected to savage torture, according to testimonies from prisoners and political prisoners who were being held.

Last Wednesday, September 7, the Chamber of Deputies paid tribute to the anniversary of his birth, by Deputy Daniel Gerhard.

On July 14, 2022, the trial of C/N Jorge Néstor Tróccoli (who is in prison for other reasons) began in Rome for his kidnapping and disappearance, as well as for the kidnapping and murder of Argentine citizen José Potenza and citizen Italian Raffaela Filipazzi. 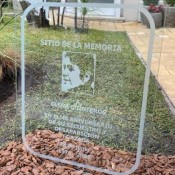 Lula participates in the Festival of the Future in Brasilia

Will Colombians be able to travel without a visa to the United States in 2023?

Luis Gilberto Murillo, the Colombian ambassador to the United States,

Joseph White, one of the great violinists of the 19th century

Round-trip flights to Colombia could cost between $250 and $500

Luis Abinader will meet with Kamala Harris in Washington

the border between Venezuela and Colombia has been completely reopened this Sunday, January 1, after the

After the ups and downs of 2022, the livestock market closes the year with a slight rebound