The Minister of Labor and Employment Promotion, Betssy Chavezdenied that his sector had authorized the air traffic controllers’ protest that paralyzed the service for several hours on Holy Thursday, and pointed out that decisions made by Corpac and the workers’ unions cannot be attributed to his sector.

“At no time does the Ministry of Labor give them the go-ahead to leave thousands of Peruvians in the situation they left on Thursday. At no time was that authorized.”assured in statements to RPP.

Chávez assured that what his sector did was to declare the communication of the strike appropriate for the purposes of discounts as long as a union complies with the formal requirements.

Betssy Chávez assured that it is Corpac’s responsibility that the service has been paralyzed due to the air traffic controllers’ strike. (PRP)

In this case, the minister pointed out that Sunafil verified that until Wednesday the air traffic controllers’ strike was being carried out properly, a situation that changed on Thursday morning when they broke the law and affected the service of thousands of passengers.

“Other people have the right to be guaranteed air transportation. That budget is broken and the work portfolio declares the illegality of the strike […] With or without our authorization, that strike was going to take place.”he detailed.

The minister, also a congresswoman from the Democratic Peru bench, warned that her sector cannot be accused of not having foreseen the situation when it was Corpac’s decision and the workers not having reached an agreement to prevent Holy Thursday.

“It cannot be that, under the pretext that Corpac did not sit down to talk, because it had to sit down with the union, they want to blame the autonomy of the General Directorate of Labor”he stated.

The minister thus responded to the questions that were made against her, after the president of the National Chamber of Tourism (Canatur), Carlos Canales, attributed responsibility to her for allegedly having authorized the strike of air traffic controllers that affected 2 million people .

“Minister Betssy Chávez must resign. She is completely disconnected from reality with the rules that the MTPE has been issuing, always attacking the workers themselves, ”said Canales in dialogue with Successful. 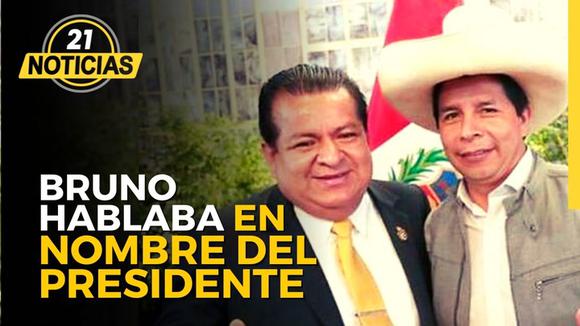 The former Commander General of the Army José Vizcarra appeared before the Congressional Oversight Commission where he confirmed that the former secretary and now a fugitive Bruno Pacheco was speaking on behalf of President Pedro Castillo. 02:35 Lawyer Raymundo Valverde who visited Sarratea’s house went to PCM with an anti-mining leader from Ancash. 05:10 Cuajone mine workers ready to confront anti-miners over water. 12:05 And what happened in Migrations and the passport crisis? We talked with former superintendent Roxana del Águila. 25:00 FIRE in mattress store in SJL, firefighters report a victim. 27:50 9 months in preventive detention for subject who kidnapped and abused a girl in Chiclayo 30:50 In addition to what benefits or affects the VAT exemption on certain products, we talked with the finance specialist, Dalí Reyes. 13:15 And Easter we spoke with Father Rafael Fernández Hart SJ Rector of the Antonio Ruiz de Montoya University about faith and spirituality. 40:48 Also, why don’t you eat fish at Easter? and other dishes that can be consumed these days with the chef of the Huancahuasi restaurant.

Know how to get your business forward this 2023

If your business or entrepreneurship has been hit by the

President Luis Abinader highlighted today that from August 2020 to

Government delegated commission to dialogue with workers on strike in Sidor

Sidor workers are on strike for five days to demand

As announced, the Government officially presented to Congress the draft

Raquelita Guerra had denounced her ex-partner in 2021

Know how to get your business forward this 2023

Supreme Judge Juan Carlos Checkley will announce on Monday, January 16, at 10:00 am, his decision

Antonio Zapata on Boluarte: “Now she is in hiding, but she is politically responsible for the massacre”

Opinion. The principal investigator of the Institute of Peruvian Studies (IEP) Antonio Zapata wrote a column

Antapaccay will evacuate its workers before invasion of its camp

Updated on 01/13/2023 11:28 AM m. the mining company antapaccay announced that, before invasion suffered in