Economic activity in Peru grew 1.7% year-on-year in August, but the low dynamism occurs in a context in which the positive effect of the normalization of the sectors that were most affected by the sanitary isolation measures is dissipating and in the that mining activities, such as hydrocarbonscontinue to weigh down growth, according to BBVA Research.

Along these lines, the report indicated that the non-primary GDP (which excludes import duties and taxes) grew 2.2% in August, a figure similar to that of the previous month. On the one hand, the construction sector accelerated, going from 2.1% in July to 5.6%, mainly supported by public investment.

LOOK: Hydrocarbons Sector paid US$ 1,337 million in royalties to the State

On the other hand, the transport and lodging and restaurant segments continue to lose dynamism as the “rebound” effect dissipates after the relaxation of sanitary isolation measures.

Non-primary manufacturing, on the other hand, continues in negative terrain, with the manufacture of consumer goods falling 2.7% and of capital decreasing by 1.9%. The primary GDP accentuated its contraction in August, going from -1.5% in July to -2.6%.

The entity specified that the production of hydrocarbons fell due to climatological problems (abnormal waves that made it difficult to transport hydrocarbons) and technical problems (failures in important units, maintenance work), while mining production continues in negative territory, collecting a low grade in treated minerals and persistent social conflict.

The increase of 1.7% inter-annual in August is consistent, according to the INEI, with a growth of 0.26% inter-monthly. In a scenario in which the GDP maintains the level reached in August without changes until December, the expansion of activity in 2022 would be 2.3% according to our estimates.

LOOK: Mining: the production of most metals falls

“For the rest of the year, our base scenario considers a challenging international scenario in a context in which the central banks of the main economies continue to raise their interest rates to contain inflation, affecting growth”, noted BBVA Research.

Locally, it considers that confidence remains stuck in pessimistic territory, political tensions that do not favor the environment for doing business, inflation that refuses to give way clearly, and high interest rates, although also the start of production of the copper mine Quellaveco (with some delays) and the good performance that public investment has shown in recent months (13% in August and 11% in September).

“Consequently, it is likely that we will continue to see relatively low growth rates in the remainder of 2022. For now, we continue to maintain our forecast that the year will close with a GDP expansion of around 2.3%.“, I note. 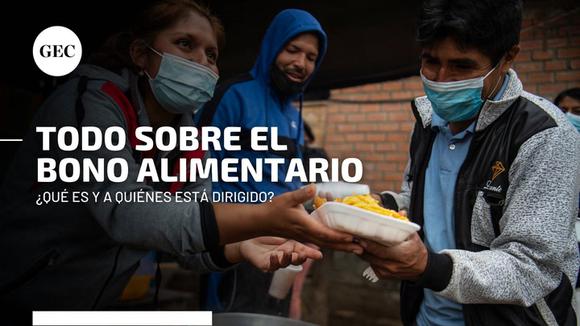 The rise in prices of the products of the basic family basket has led the Executive Power to announce an economic subsidy.

Abinader inaugurates eight works in Puerto Plata and one in Santiago

Puerto Plata.- In what will be a year of many

Unusual and unexpectedly high inflation has been one of the

In the stations of the Caracas Metro system, the State

“We are already suffering the devastating consequences of global warming,”

Alarms go off in Portugal

After more than four hours, the forum of the National Agreement (AN), which held its 132nd

The government of Dina Boluarte arranged that Evo Morales do not enter the country. The Ministry

Premier on the situation in Puno: “That those who are destroying the country be captured and prosecuted”

The Chief of Cabinet, Alberto Otarolaaccompanied by five ministers, gave a statement tonight after the unfortunate