What or who is Banksy? Is he an urban artist or several? Its English? Probably, but no one can say for sure. The only thing certain is that his work can be seen in our country with the exhibition The Art of Banksy: Without Limitswhich will land with a great staging at the GAM, from May 25 to July 31.

The exhibition will present a reproduction of a metro station in Londonwhich seeks to immerse all visitors in the world of this enigmatic artist.

banksy In essence, it is an irreverent, transgressive, critical and sarcastic collective idea that with indisputable skill installs graffiti-like urban interventions on the most famous and deteriorated walls of this world, on the issues that contingency is raising.

It has several names and none at the same time. Doubt brings stories and gossips find out if they find. They have linked him with Neil Buchanan from the well-known children’s series art Attackwith Robert del Naja of massive attackwith Robin Cunningham and they have even believed it more than a person, a group. No one has made it.

The classics will land in our country. The Art of Banksy: Without Limits, which has already toured a dozen countries on different continents, is made up of more than 160 works, including certified originals, engravings, photographs, lithographs, sculptures, murals and audiovisual installations. You can see, for example, Girl with balloonhis most famous work, and a reproduction of Exhaustwhich originally appeared on the reading prison In England.

Some of his latest works are aimed at censoring the American police in the case george floyd and to criticize the use of masks during the pandemic. On his social networks he also acknowledged the authorship of a dozen works on benches, beaches and others and published a video on Instagram that shows how they were made, always keeping the mystery of his identity.

Banksy is paint cans, stencils, social criticism, enigma and resistance. Her style, absolutely different and identifiable, has achieved a brand that is criticized and admired. He is the son of the influence of Parisian graffiti artist Blek le Rat (France); he was persecuted as a vandal and today he is sought after as an inspiring crowd. He has traveled the walls of the world with contingent messages full of meaning and reason, leaving a mark. He today he is not only an icon of our century, but also an absolute troubadour of beliefs and philosophies.

Photos of The Art of Banksy: Without Limits in Chile 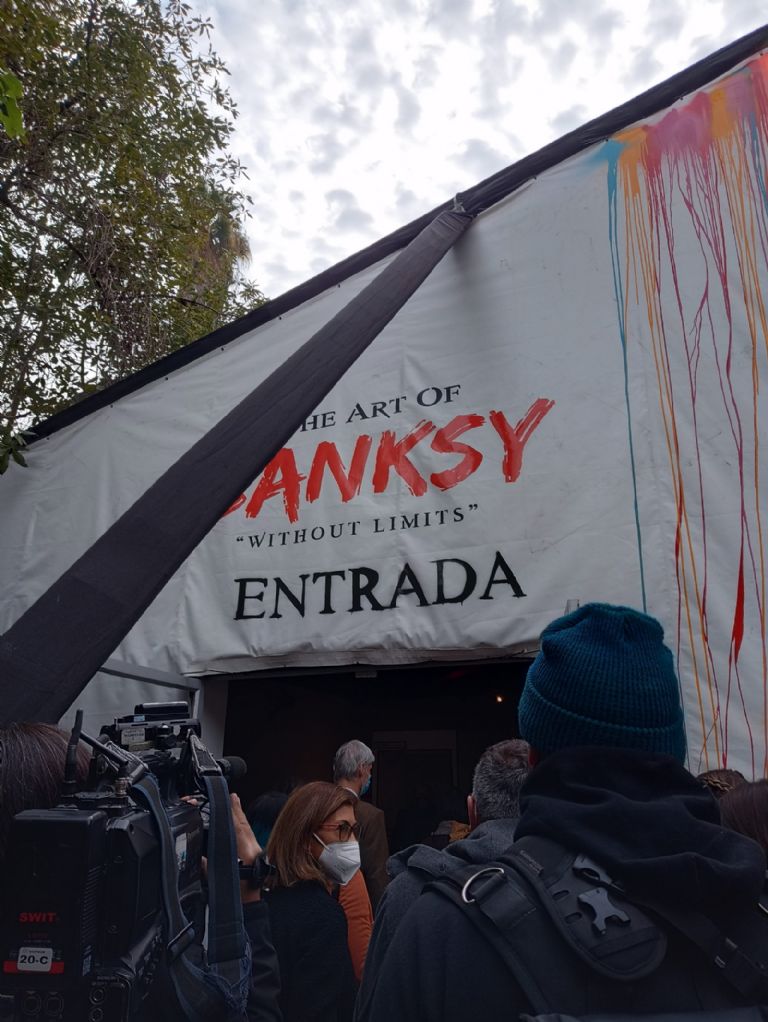 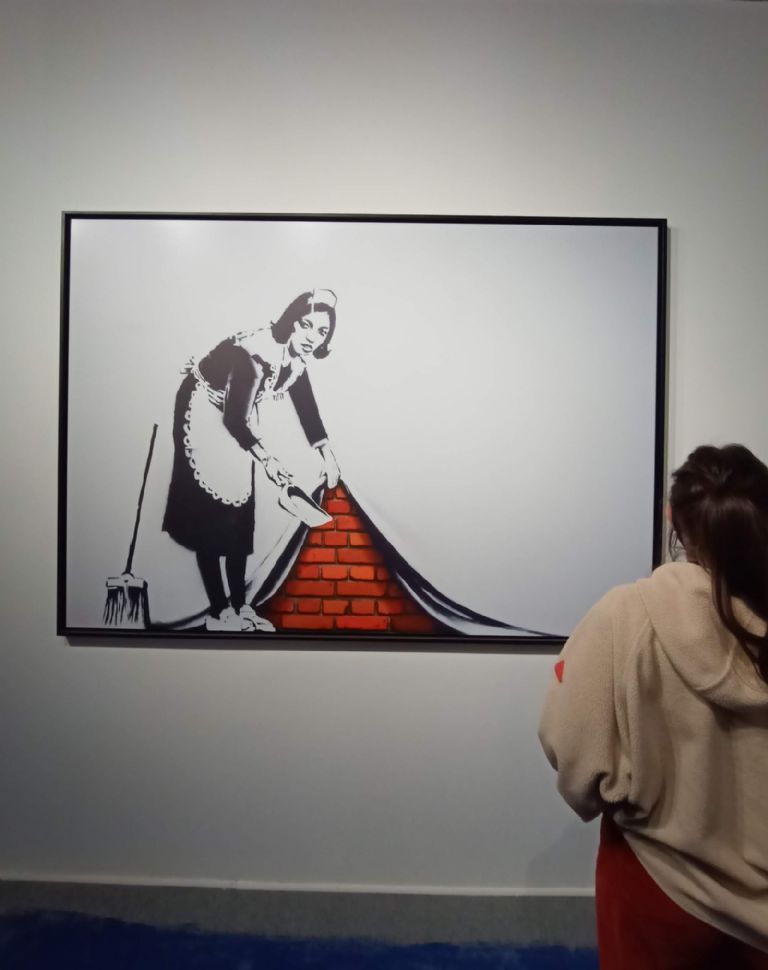 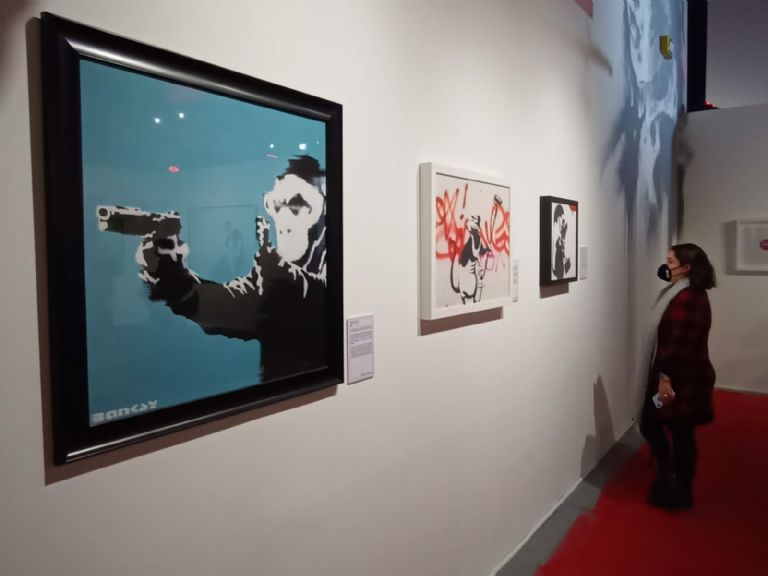 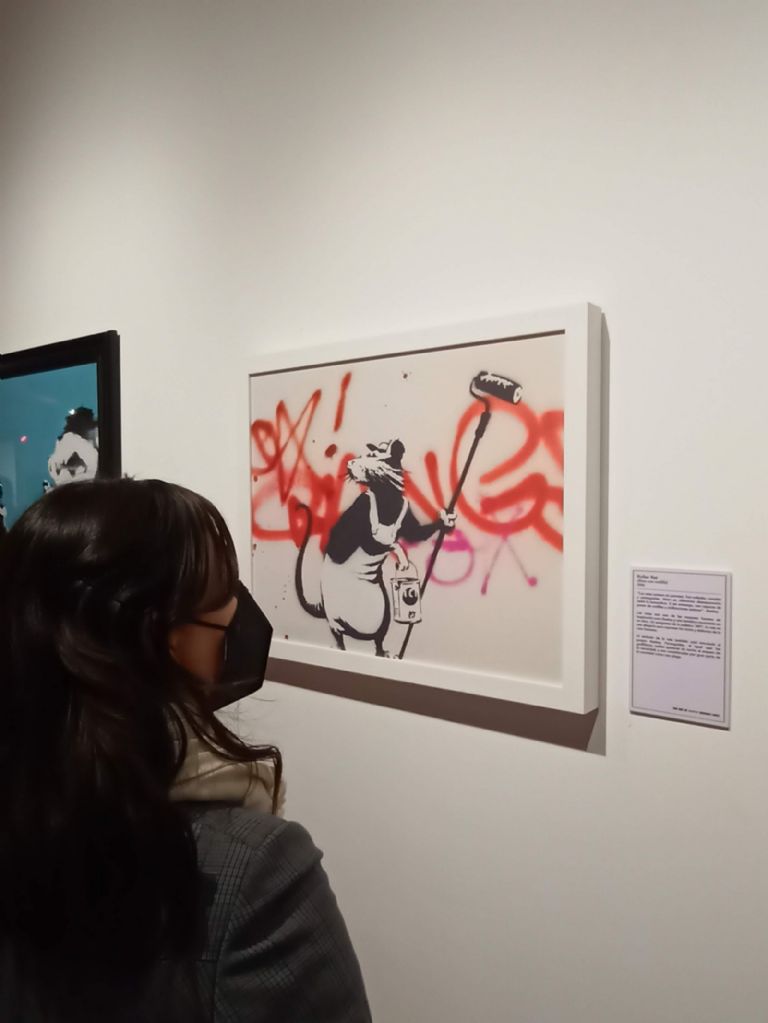 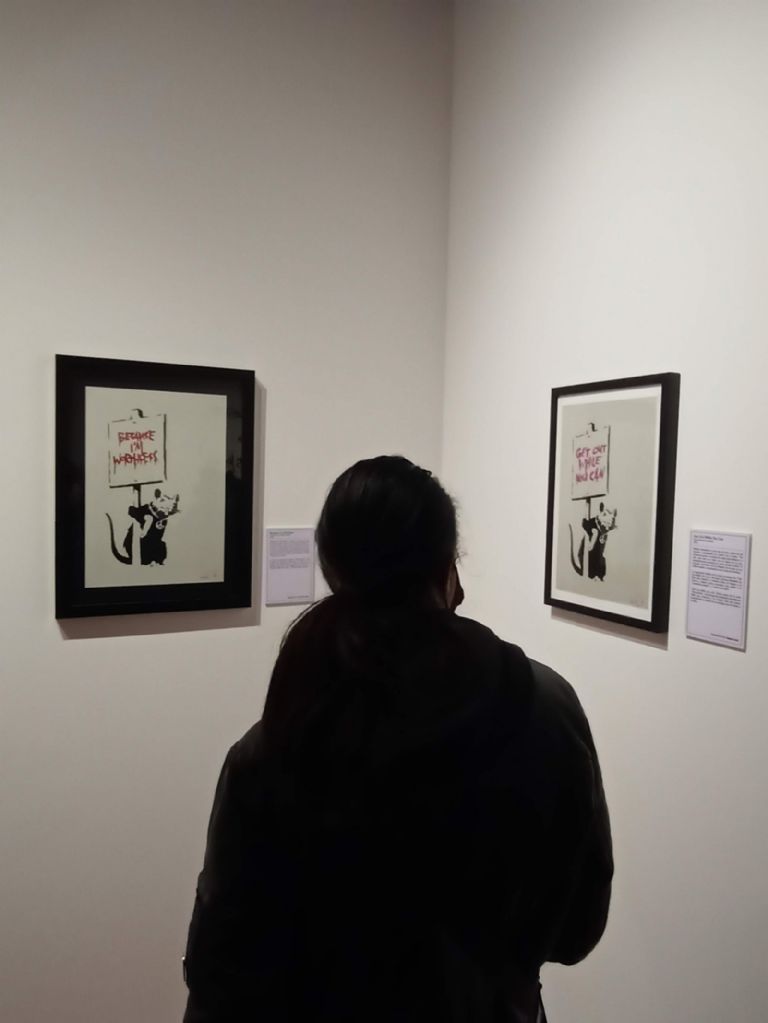 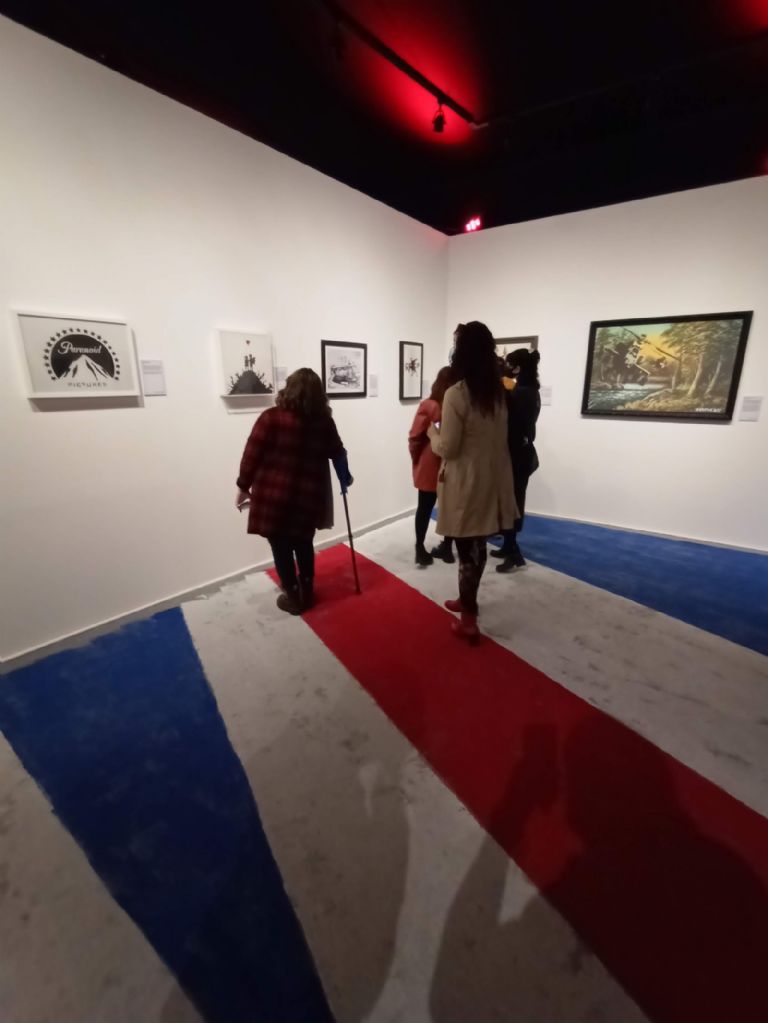 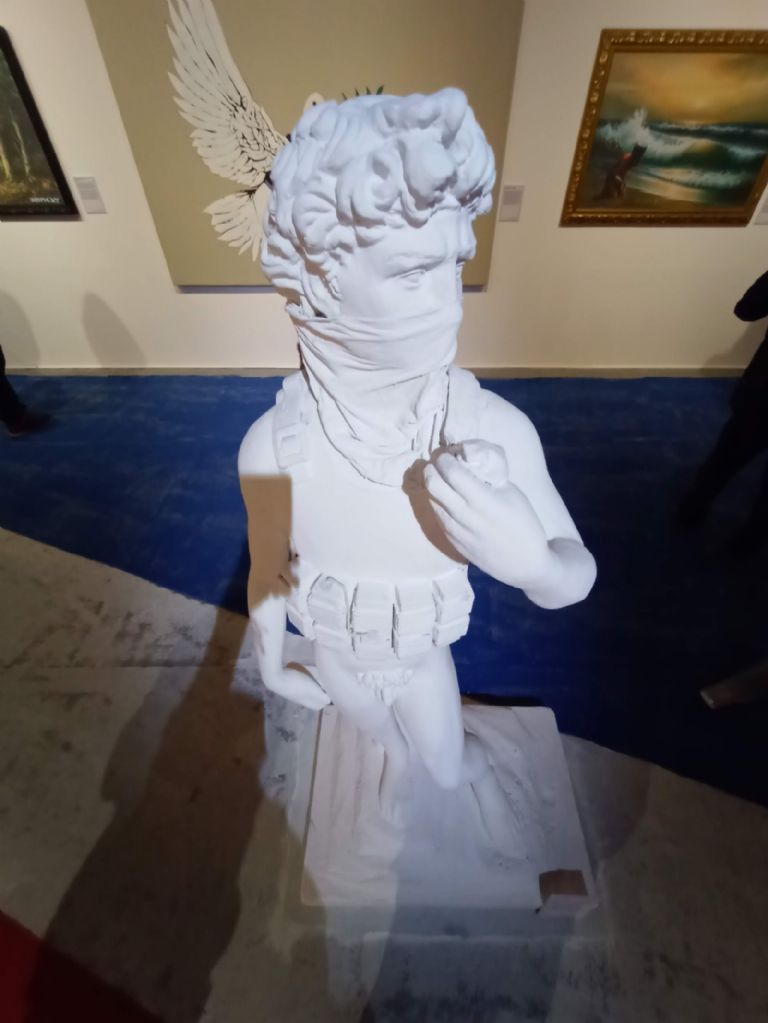 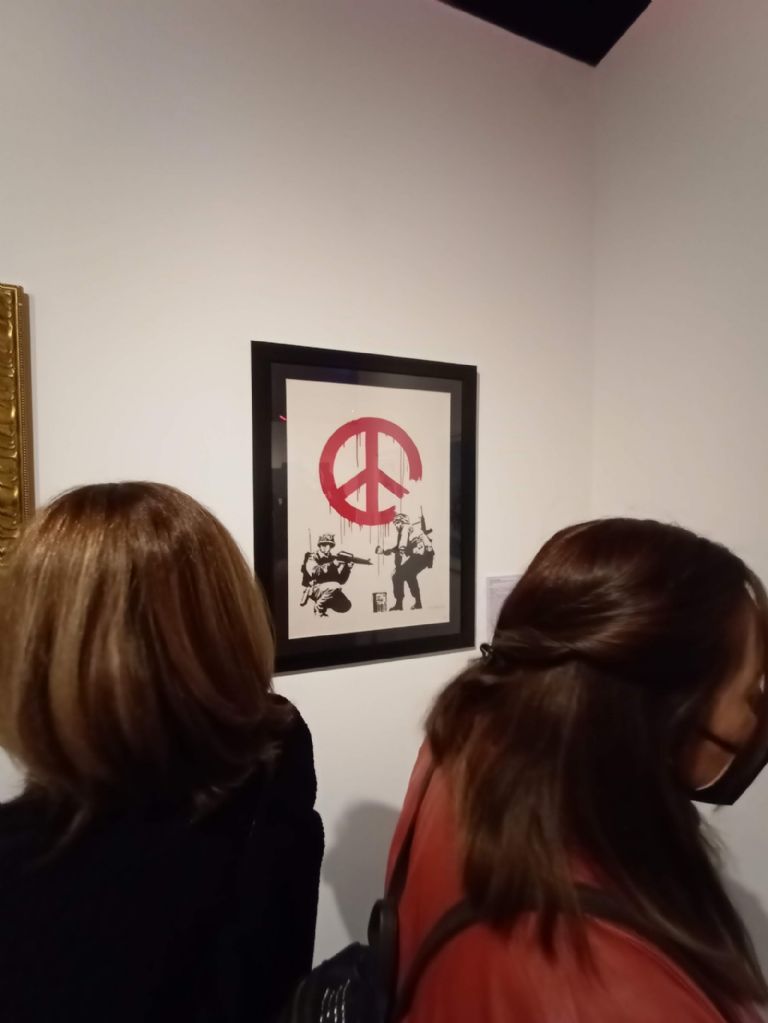 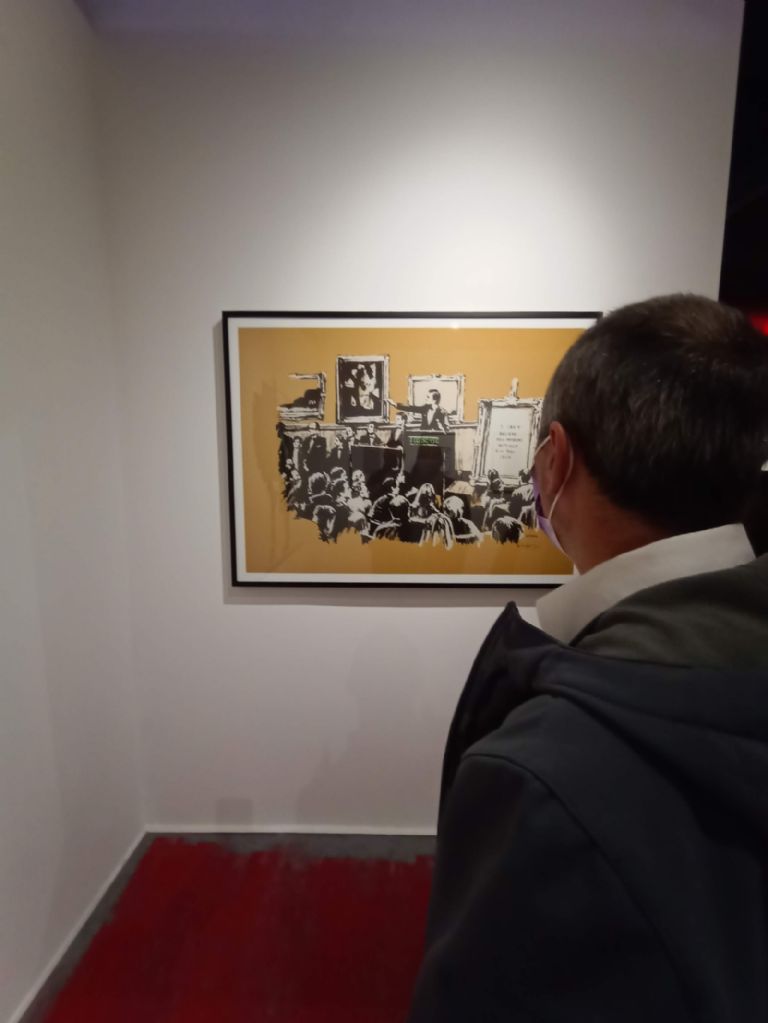 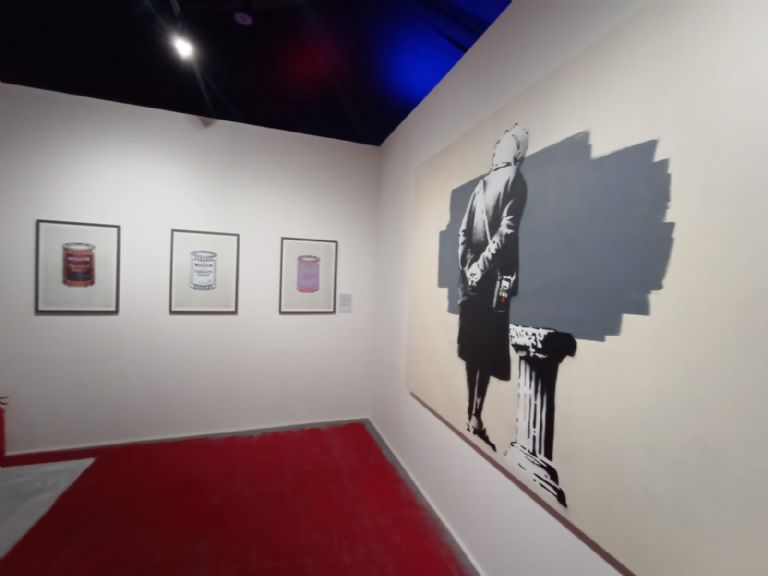 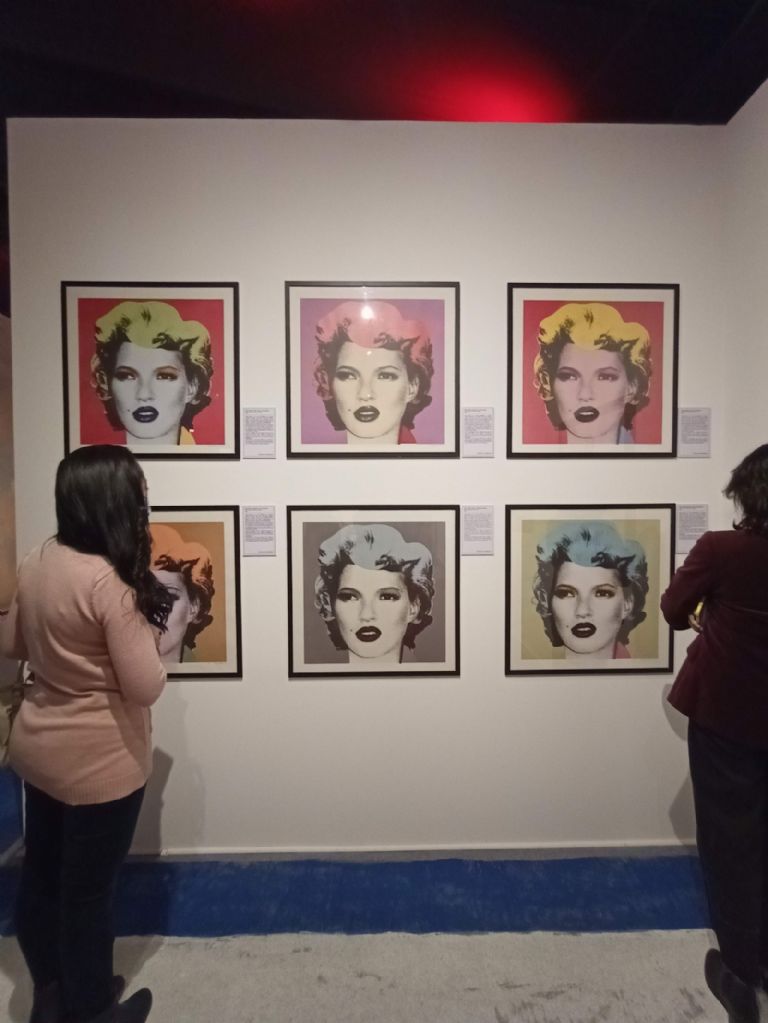 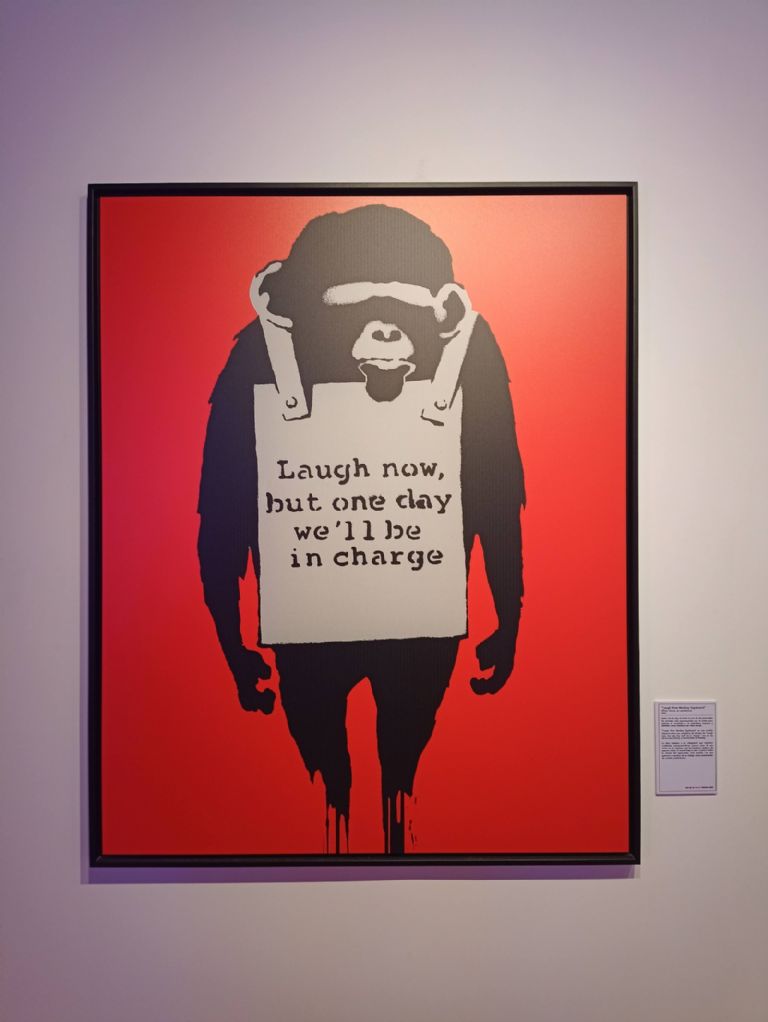 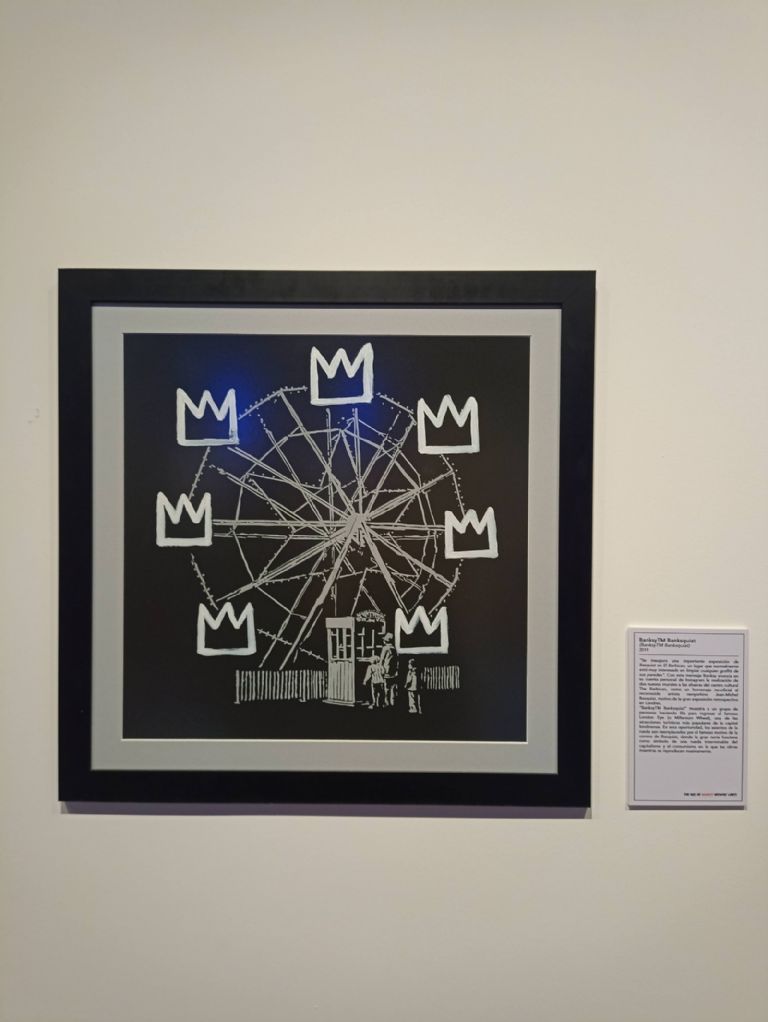 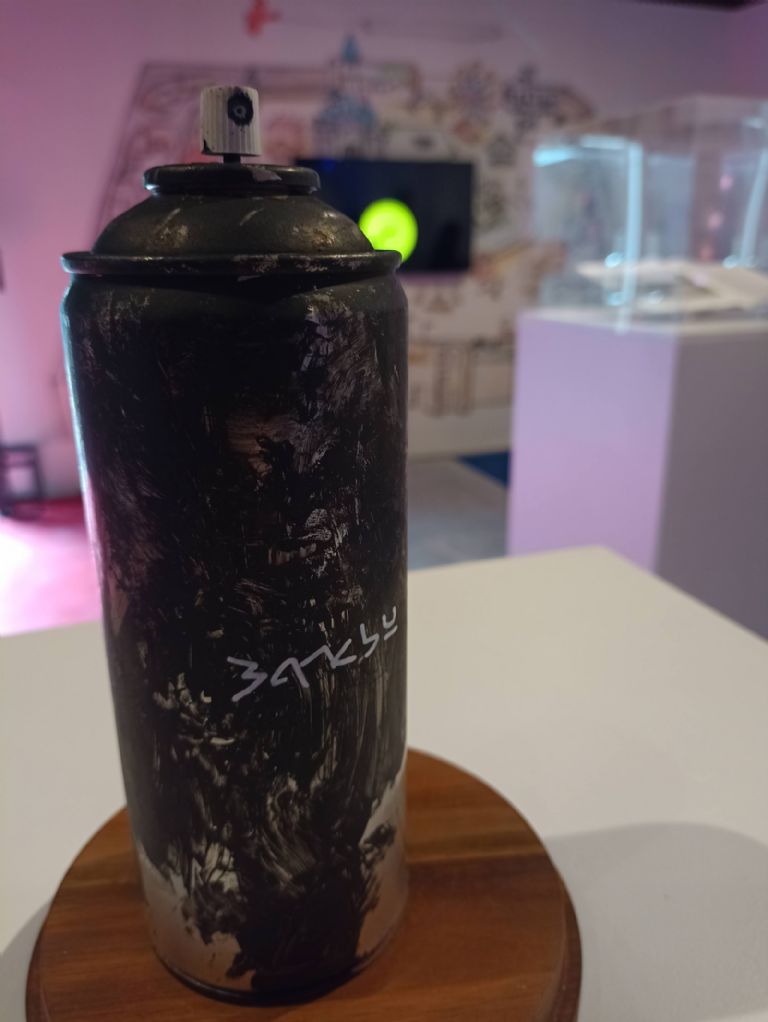 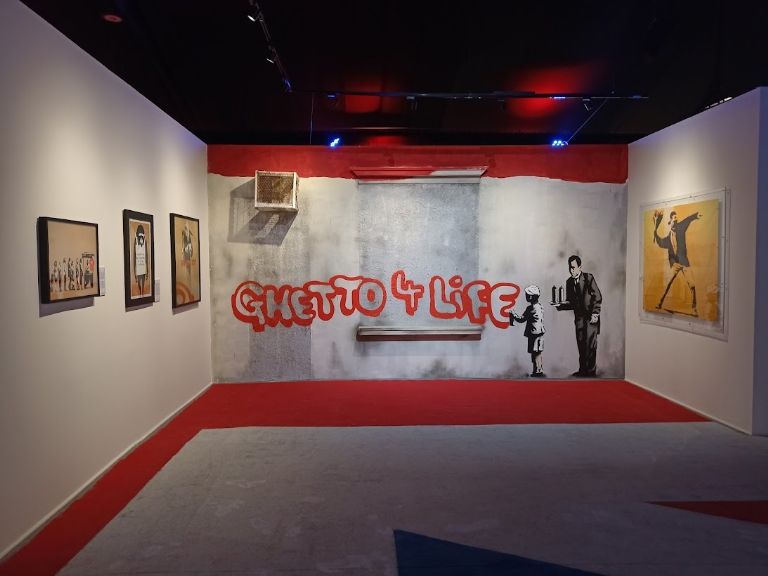 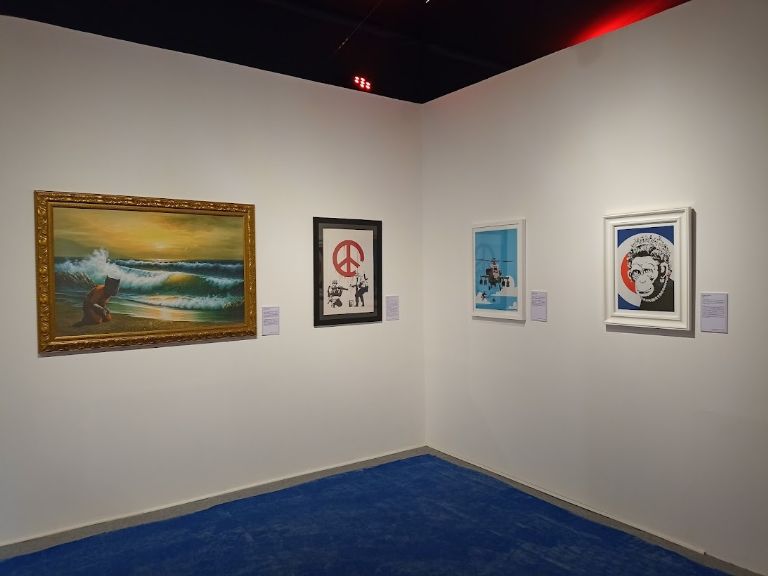 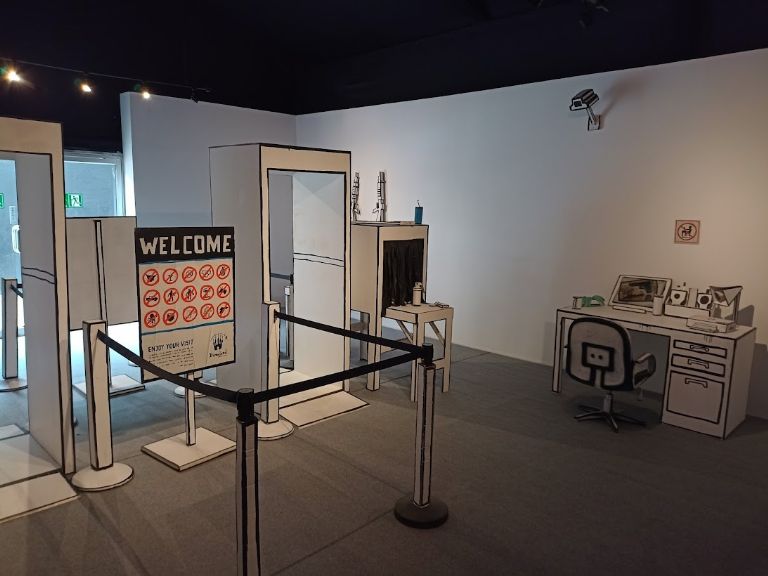 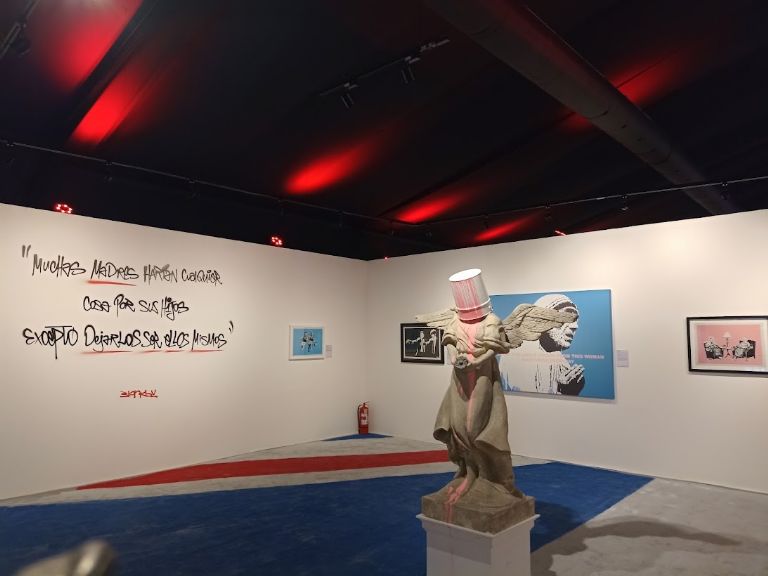 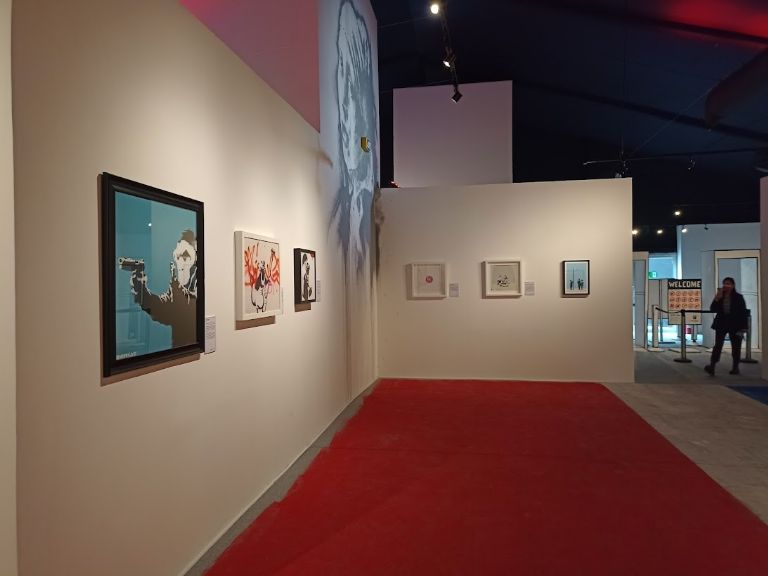 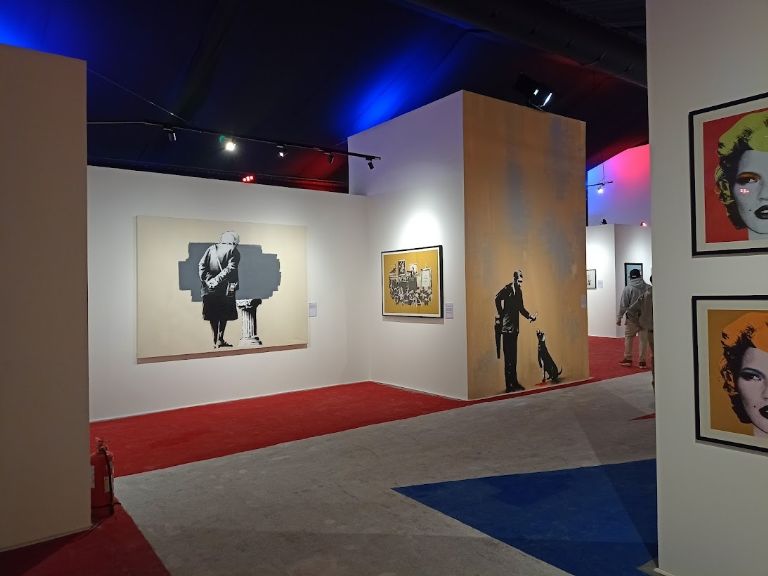 All the photos in this article were taken during the opening of the exhibition The Art of Banksy: Without Limits with a phone Motorola G9 Plus.

Banksy landed at the GAM in Santiago

What or who is Banksy? Is he an urban artist

Petro and Rodolfo Hernández start a new race for the Presidency

Colombia chose. This Sunday the Colombians went to the polls,

Colombia: electoral results set a second round between Gustavo Petro and Rodolfo Hernández

The coalition of the Historical Pact, headed by Gustavo Petro

Amparo 884/2022 was processed by professional divers qualified in cave

Petro and Rodolfo Hernández start a new race for the Presidency

President of Colmed points to the Minsal for risk communication: “They must transmit a clear and powerful message (…) that we are in the midst of a pandemic”

The president of the Medical College (Colmed), patrick meza, pointed to the Ministry of Health (Minsal)

State of Exception: the government will communicate this Monday the next steps of the measure

Ombudsman for Children responds to controversial sayings of conventional Baradit: “It normalizes the most serious violation of rights”

The Ombudsman for Children criticized the statements of the conventional Jorge Baradit, who pointed out: “let