This Monday, Axel Kicillowill present to mayors the Buenos Aires CREA Program, through which credits are granted to finance the expansion or renovation of homes.

The governor, who had launched the program last week, this time will present the campaign to community leaders and provincial officials. The act that will lead Axel Kicillo It will take place in the Golden Room of the Government House, in La Plata.

Through their social networks, Axel Kicillohighlighted over the weekend how successful the program has been, just days after it was launched, as more than 15,000 people have signed up to access financing.

The president indicated that the purpose of this program is not only that “more Buenos Aires families can improve the conditions of their homes”but also “motorize the economy, promoting construction and job creation”. 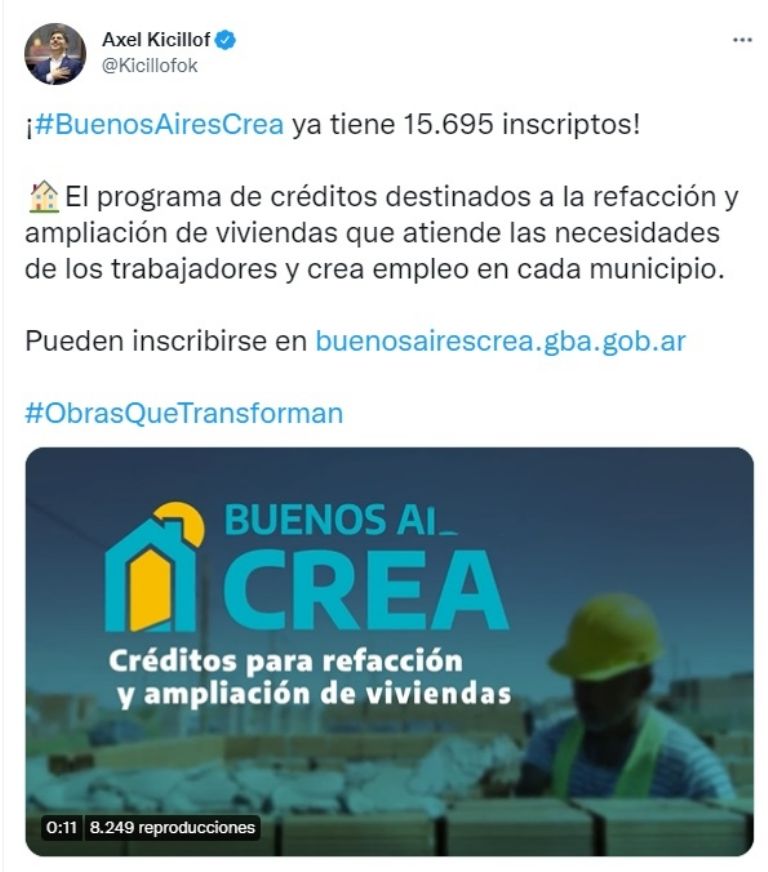 The Buenos Aires Government specified that “the initiative is aimed at those families whose income is between one and five minimum wages, with repayment terms of three to six years, with grace of 3, 6 and 9 months, and installments of between 5 and 10 thousand pesos per month.

Likewise, “Large families, people with disabilities or permanent physical limitations will have priorityas well as single-parent households or guardians with children under 18 years of age in charge, people in situations of gender violence, transvestite/trans people and households in neighborhoods with a situation of social or environmental vulnerability”.

How will the credits be?

The program that launched days ago the governor, will offer three lines of financing. The first will be for minor spare parts for a value of up to $185 thousand, whose return period is 36 installments. 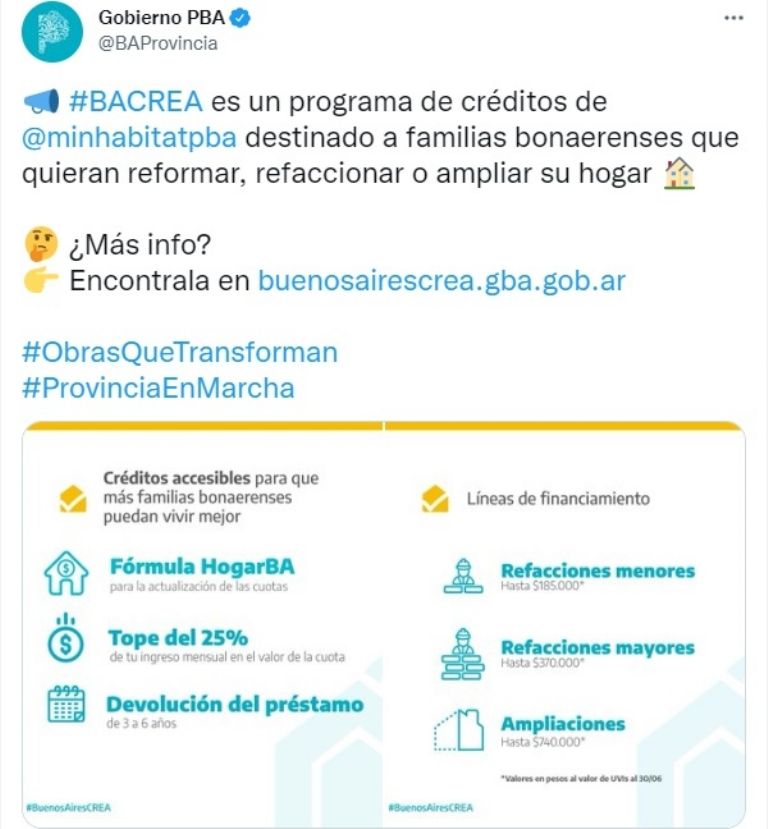 This Monday, Axel Kicillowill present to mayors the Buenos Aires

Colombia defeated Argentina 1-0 in the semifinal of the Copa América Femenina.

Nathasha Rosa takes the podium at the Pan American Weightlifting

Brazil returned to shine this Monday (25th) at the Weightlifting

Colombia defeated Argentina 1-0 in the semifinal of the Copa América Femenina.

The law will eliminate the sale of dogs, cats and rabbits in pet stores. (Photo: 123RF)

Batakis brings together executives from energy, technology and automotive companies

The head of the economic portfolio will maintain an intense agenda in Washington. The Minister of

The President inaugurates a hotel in Chapadmalal

(File Photo). President Alberto Fernandez will open this Tuesday Hotel 6 of the Tourist Unit of

This Monday, the Minister of Economy, Silvina Batakis will have her first meeting with the director