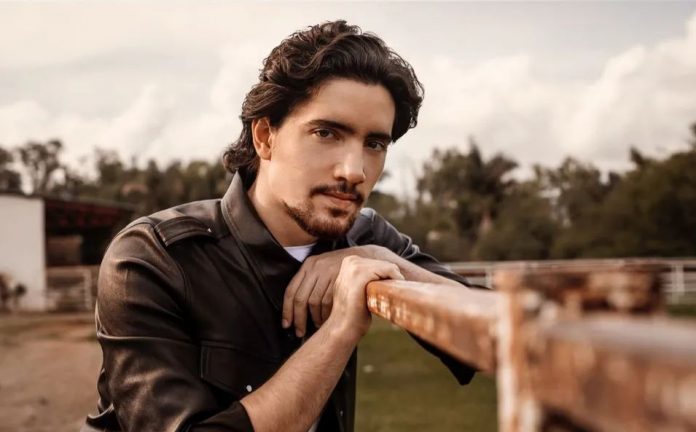 After the loss of his idol and grandfather, Vicente Fernández, and the happiness of becoming a father for the first time, Alex Fernández confesses to Efe that he feels more and more comfortable as an artist, and although he is now experimenting with the band and the mariachi in his second album, he already has a third work of “mariachi pop” in his sights.

“I have noticed the change (a lot) (…) I did not have my whole life dedicating myself to this and whenever you start from scratch you learn much more than someone who may have spent his whole life in this,” says Alejandro Fernández’s son “El Foaly” in an interview.

Alex recently revealed “The best decision«, the prelude to the release of his 12-song album and a «bonus track» that will be published in August under the title looking for oblivionthe first single from this production that was “orchestrated” by singer Edén Muñoz, former lead singer of Caliber 50.

It was Muñoz who approached Fernández’s team to seek to produce an entire album for him and Alex, who only knew his work as a singer, was amazed by such an offer.

“I asked: isn’t he a singer? Is he a composer, right? Is he a producer?” Alex recalls, and the doubt was justified, since Muñoz was looking to become a producer with this first material.

His experience with him, in addition to being fun, was very “cinematic”, since Fernández considers that he played a role similar to that of a “film director”.

“It’s very curious, usually the director directs you how to sing, but not to such a degree, (Edén) literally told me how to sing each vibrato, each word,” he narrates.

“He is super meticulous in everything, I had fun, he is super funny (funny), super good vibes and relaxed,” he adds.

According to Alex, the former lead singer of Caliber 50 is responsible for the fact that the predominant sound of his album is a mixture of banda and mariachi, the first by Muñoz and the second because he is convinced that his destiny lies in traditional Mexican music, albeit with its variations.

«It is not that this album has my essence, nor that I have wanted to change the genre, for now Edén is the director of the film, he is a norteño, a band, but it does not mean that I am going to do this all my life, I always I’m going to be dressed as a charro, playing traditional Mexican music and adapting to the director’s style,” Fernández replies.

And anticipate that after looking for oblivion will enter the world of “mariachi pop”.

«The next director is going to be a bomb, if it’s what I imagine, it would be an album like mariachi pop, it would be more ballads and pop. I want to be in the mariachi but playing in the surroundings », he reaffirms.

This event especially marked the life of the singer, who had a song made for his daughter Mia and who confesses that he is constantly excited.

“I feel inspired 24/7, I feel good even if I haven’t slept at all, I’m super happy, wanting to get home and be with my baby, it’s another roll,” he says.

The singer dedicated the song “The Best Gift” composed “to measure” by “El Chico” Elizalde to his daughter.

In addition, Mía has helped him stay “distracted” from the mourning that he still carries from the death of his grandfather, who promoted his career as a singer, Vicente Fernández, who died last December.

“The duel there continues, although it is getting better and better. Mine could not have come to me at a better time, she brings us distracted, but we always remember my tata (grandfather), I think of him, who accompanies me everywhere », she says.

The singer will have performances on September 15 and 17 in Las Vegas with his father, in October he will give concerts in Guadalajara and Pachuca, and on November 3 – one day before his birthday – he will sing at the Metropolitan Theater in Mexico City.

In addition, he warns that after consolidating his solo career, he will begin to think about collaborations with other artists, although he predicts that this will take at least another six months.

After the loss of his idol and grandfather, Vicente Fernández,

Central Córdoba could never beat Rosario Central in the First

The financial market forecast for the Broad National Consumer Price

The public transport sector is charging the fare at least Bs. 3 on short routes and

In the 2021 report of the United States Department of State, 696 Venezuelans in 24 countries

This Sunday, July 31, the American sociologist Lucas Koerner will be the guest on the program

And the light came from the East!

To Freddy Gutiérrez, I dedicate And God said to men: “Serve the Lord faithfully: that is