A total of 1,047 packages of alleged drugs were seized through an anti-drug operation carried out by the National Aeronaval Service. The illicit substances were in two containers in a port area of ​​the capital city and were transported in the containerized cargo modality.

The authorities detailed that the first container had Algeciras, Spain as its final destination and came from Manzanillo, Mexico, this shipment was in transit through Panama.

While the second container also came from Manzanillo, Mexico, transshipment port Antwerp, Belgium, in transit through Panama and also had Algeciras, Spain as its final destination.

In coordination with the Panamanian Drug Prosecutor’s Office, the search and search of the 02 containers was carried out.

During the period from 2022 to date, the National Aeronaval Service, through the execution of *124* operations, has achieved the total confiscation of 85,482 packages of illegal substances. 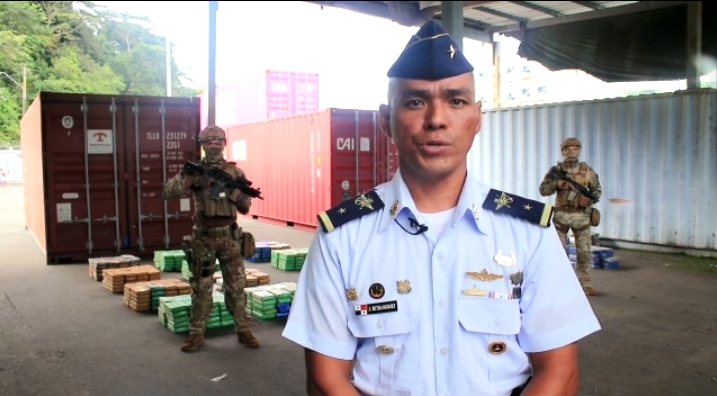 Monotributo: what are the scales that apply from January

As of January 1, all the scales of the monotributewhich

“It is not the responsibility of the Government”: Foreign Ministry on the defense of a Colombian doctor convicted in Russia

From El Espectador they revealed that the embassy responded to

A total of 20 diesel engines, with the capacity to

Priest Óscar Benavidez, from Mulukukú, will face trial in January 2023

They shoot a prisoner in the courtyard of the Mega Jewel

Judith Pena | December 30, 2022 An inmate was killed with a firearm at La Mega

Judith Pena | December 30, 2022 The authorities of the Ministry of Health (Minsa) in the

The Panamanian Government issued this Friday, December 30, two resolutions through which it rejected the legal