The agenda of the president’s sister-in-law peter castle, Yenifer Paredeswhich was seized in the raid on his residence in Anguía, Cajamarca, registers figures next to his name and that of the first lady, Lilia Paredes.

The notebook, accessed by ATV, reveals that Paredes Navarro had notes with numbers reaching up to 90,000, but it is not specified if it is soles, dollars or another denomination.

LOOK: Hugo Espino confessed that he financed the presidential campaign of Pedro Castillo

On one of the pages you can see a list that includes the names of “Yenifer” and “Lilia” together with certain figures and, at the end of it, a sum of all the amounts that are registered:

In another page of the notebook of the sister-in-law of peter castle there is another similar annotation in which the name of the first lady is also mentioned:

The program detailed that on the agenda of Yenifer Paredes Annotations were also found where mention is made of bidding processes. “You have to find a record.”, indicates one of those records.

Likewise, 15 stamps of municipal agents, lieutenants, governors, justices of the peace, peasant communities and various authorities were seized. Among the seals of the officials is that of the mayor of Anguía, José Nenil Medina Guerrero.

As it is recalled, according to the hypothesis of the Public Ministry, Paredes Navarro would be part of an alleged criminal organization that illegally awarded construction tenders. Among the illicit acts would be the falsification of documents of authorities and other people.

Said alleged criminal network would have been coordinated by the first lady, Lilia Paredesfor whom the Prosecutor’s Office has requested, this Monday, August 22, an impediment to leave the country for 36 months. 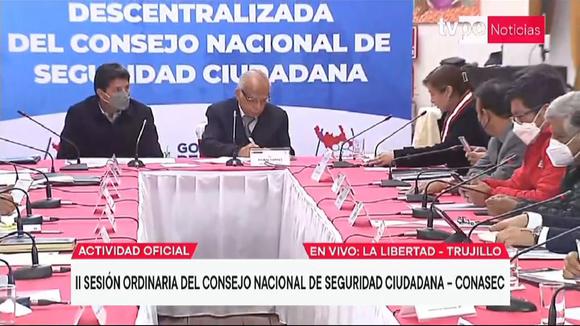 The agenda of the president’s sister-in-law peter castle, Yenifer Paredeswhich

Villa La Mata, Sanchez Ramirez.- A user of the electrical

Teachers and students stop this Tuesday 24 hours: see which

Venezuelan dies after falling from a train in Mexico

A Venezuelan identified as Ramón Eduardo CF died after falling

Three Colombian tourists and a Peruvian deceased, as well as a Spaniard, a Canadian, a French

Promperu launched the program Tourism Bicentennial, which aims to train artisans and guides so that they