After his successful and extensive tour of Europe, Alberto Fernandez takes up the local agenda in the midst of the internal one that exists in the ruling party, from where they have repeatedly targeted the Minister of Economy, Martín Guzmán.

After your trip, President must continue to be in charge of government policies to comply with the economic program that was agreed with the IMF (International Monetary Fund), which is a great challenge for Alberto Fernandez.

Although from the Government House they did not confirm the agenda of Alberto Fernandez for today, he is expected to work hand in hand with his cabinet to contain inflation, after the slight drop in April.

This, while the tension is growing, especially on the part of Kirchnerism, who has criticized the management of the Minister of Economy and has launched harsh questions about the president.

Although the Head of State avoids commenting on the matter, even from Europe he confirmed that his dispute is with the opposition and not with Cristina Kirchner, he has made it clear that he will take measures with respect to those who go against the economic plan.

This in the face of the new segmentation of subsidies for electricity and gas rates, which are expected to come into force as of June, after holding public hearings last week. 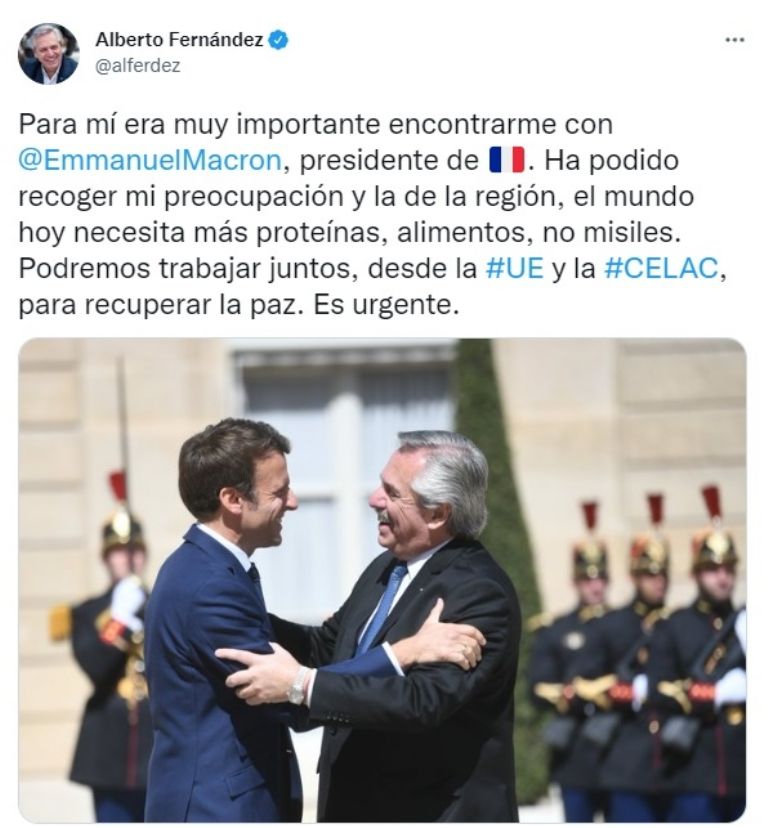 Along these same lines, the president assured the international press during his tour that his main concern is to move Argentina forward, recover economic growth and improve the income of citizens.

Alberto Fernández was in Spain, Germany and France

During his international tour, President visited Spain, Germany and France, where met with the main heads of government of each country to talk about the situation facing the world with the war in Ukraine.

In addition, the president presented Argentina as a possible supplier of energy and food to European countries, in the face of the food crisis that the world will experience due to the conflict in the coming months.

After his trip through Europe, Alberto Fernández returned to the local agenda

After his successful and extensive tour of Europe, Alberto Fernandez

Public accounts are positive by R$4.3 billion in March, says BC

The public accounts of the consolidated public sector, made up

Nine-year-old boy was found dead in a lake in Bogotá: he went to the store and never returned

Since last May 13, Jonathan Camilo Castillo, a nine-year-old boy,

MIAMI, United States.- Four Cuban rafters are in the custody

Public accounts are positive by R$4.3 billion in March, says BC

Last days of the 2022 Digital Census: the keys to completing it

When finished, a code will be automatically generated that will have to be shown or simply

An estimated temperature of 10 degrees minimum and 15 maximum is expected. This Monday is presented

With the ruling party seeking to expand the number, the reform of the Magistracy will be debated

The Chamber will debate the reform of the Council in a plenary session of commissions. Photo:

When there are only hours left for the big National Census 2022to take place next Wednesday,