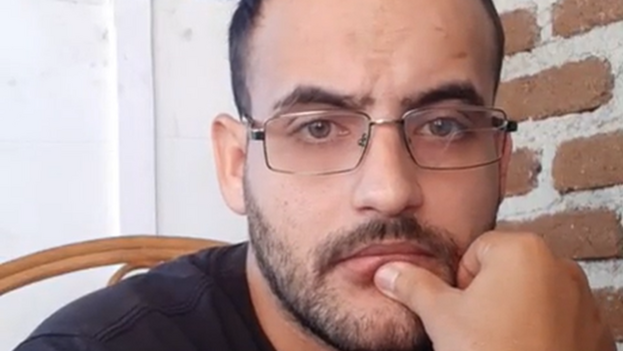 “I made this decision to leave Cuba several months ago because I am aware that here it will be very difficult for me to practice my profession in a hospital,” he warns. Alexander Raul Pupo Casasan anti-establishment doctor who this week has publicly announced his desire to emigrate from the Island.

“I was hoping that something would happen that would prevent me from having to leave my country. I like living here, not under this regime, but I like my country and I had to take some time to come to the conclusion of emigrating.”

Pupo has been unemployed since the end of 2020, shortly after, due to pressure, announced his resignation to a position at the Ernesto Guevara hospital in Las Tunas, where he did his residency in Neurosurgery.

The young doctor’s problems began as a result of a publication critical of the Cuban government: “Where are the values ​​of our people, where is the Cuban rebellion, how long will we continue to silently endure being blackmailed to our faces?” he wrote then.

Shortly after, the doctor announced that he had been expelled from the hostel where he was staying and was anonymously accused of “instigating disorder and creating destabilizing campaigns and states of opinion of the institutional and civil order.” He was unable to continue his Neurosurgery specialty.

He tried to make a living by copying audiovisual materials onto USB sticks and external hard drives, but that didn’t work either. “They went to the workplace of the owner of the house from where he did that and threatened him. So I was able to save my medical degree but I survive thanks to donations from friends and followers.”

“Sometimes I have to manage to survive but I have not had to commit a crime to achieve it,” he says. The future as a migrant is unknown, although she warns that in order to practice as a doctor again he will have to make an effort, but “working in other occupations would be an honor.”

“I haven’t been able to work here for more than two years. I don’t have family abroad and I’m appealing to my supporters. I don’t have property in Cuba to finance my departure from the country.” Your call this week calls to help you cover travel expenses. “Buy the ticket and leave the country, that’s what I need,” summarizes his goal.

“In Cuba there is a lot of fear, also justified due to the repression and the lack of law. We doctors well know what a dictatorship is because we live in authoritarian structures within the hospitals themselves. My colleagues have let me know of their solidarity, but the fear has kept many away from me. Though I haven’t felt alone.”

“I can only think that perhaps they could claim more the rights of their patients and themselves,” he stresses. “I don’t blame them because it’s a credible and justified fear. There hasn’t been a single Cuban authority that has come out in defense of my rights.”

The exodus of health professionals is noticeable. “Very few here want to work but we have no other choice. We are slaves and we are prevented from leaving the country.” He was regulated and they recently lifted that ban on traveling abroad.

“Recently a gynecologist colleague from Holguín warned me that an entire team of her specialty had emigrated. If this continues in a short time, Cuba is going to have a shortage of professionals. All this due to the disrespect that the Cuban regime has towards its doctors” .

“I made this decision to leave Cuba several months ago

The states in which there was more participation, and therefore,

The Government of Nicaragua reported this Tuesday that the number

(EFE).- Cuba received this Monday at the Havana airport a donation of 3.4 tons of powdered

Three years kidnapped in Kenya, despite the "tireless efforts" Diaz-Canel

(EFE).- The Cuban president, Miguel Díaz-Canel, affirmed this Tuesday that they continue “indefatigably” managing the return

The new stealthy omicron is already present in most of Cuba

The stealthy variant of ómicron, BA.2, was confirmed in at least ten provinces of Cuba according