For two years, the pandemic of COVID-19 it became one of the main catalysts for change in the interaction of Peruvians with the financial industry. The digitization of financial products and services allowed people and businesses to continue making transactions even under environments marked by distancing, and became a fundamental means for promoting and accelerating the financial inclusion in Peru.

This important advance, however, still shows a long way to go in the financial digitization of all Peruvians, according to the figures collected by the recent Study of Financial Inclusion and Digitization of Credicorp, prepared by Ipsos in seven countries in the region (Peru, Chile, Bolivia, Colombia, Ecuador, Mexico and Panama). According to the study, today 7 out of 10 Peruvians still do not use digital platforms for financial transactions and the country ranks, along with Mexico, as the country with the lowest level of digitization (30%) in the use of financial services and products, among the countries evaluated.

LOOK: How to shop online safely

The analysis defines three levels of digital users, determined on the basis of the frequency of use of digital financial platforms (mobile wallets, banking apps and internet banking) and the use of these both in the payment of products and services and in carrying out of financial transfers. While the non-digital user is the one who still does not use the digital platforms to carry out transactions, the occasional user is the one who uses them less than once a month and the recurring user is the one who uses them one or more times a month to finalize your financial transactions. Thus, although Peru registers a high level of users yet to be digitized, it also shows a significant percentage of recurring users (21%, the fourth highest of the countries evaluated) and a small group of occasional users (9%). .

“These figures show the need and opportunity that we have as a country to continue promoting digitization that, in addition, translates into financial inclusion. Digital tools are a powerful and effective ally in the arduous task of financially including more and more Peruvians, because they allow us to arrive faster, be closer and make their lives simpler. And we have been able to see it up close with transformative experiences such as Yape, which has managed to include more than 1.6 million citizens in the financial system”indicated Enrique Pasquel, Manager of Corporate Affairs of Credicorp.

The Credicorp and Ipsos Study, in addition, reflects the dissimilar progress that financial digitization has made among the various population subgroups in the country. According to the figures collected, in terms of area of ​​residence, the greatest opportunity for growth in the use of digital financial solutions is found in rural areas, where 88% of people are considered non-digital users; above the regional average (78%) and 66% of non-digital users registered in the Peruvian urban area. In rural Peru, only 6% are recurring digital users of this type of solution (25% in urban areas) and the other 6% are occasional users (9% in urban areas).

Another of the most marked differences in the progress of financial digitization occurs in the factor of socioeconomic level (SES). While 87% of Peruvians belonging to the low SES still do not use digital means for financial transactions -a figure 11% higher than the regional average-, the level of non-digital users in the high SES reaches barely 29%. Along the same lines, the percentage of recurring digital users in the high SES (58%) is more than seven times higher than that registered within the low SES (8%). In the average SES, recurrent digital users reach 27%, occasional users represent 13% and non-digital users reach 60%.

Although the differences are less profound than in the previous population subgroups, the Study also reflects differences in terms of gender with respect to the progress of digitization. Thus, 73% of Peruvian women still do not carry out digital financial transactions, which is a figure 6% higher than the regional average (67%) and 7% higher than the level of non-digital users among Peruvian men. When comparing occasional users (8% women and 10% men) and recurring users (24% men and 19% women), the differences are slightly reduced.

For their part, the age groups from 18 to 25 years old (35%) and from 26 to 42 years old (26%) are those that show a higher level of recurring digital users, while those from 43 to 59 years old and from 60 to more years are those that show a greater need for digitization, with 83% and 89% of users who do not use digital financial solutions today, respectively. In accordance with this, the analysis by type of occupation shows that retirees maintain the largest number of non-digital users (89%), followed by housewives (86%) and the unemployed (70%).

The Financial Inclusion and Digitization Study presented is part of the Credicorp Financial Inclusion Index (IIF) prepared by Ipsos, through which the holding company seeks to provide valuable and useful information that allows the creation of more inclusive and sustainable economies, as part of its strategy of sustainability.

“For Credicorp, financial inclusion is one of the main engines for improving people’s quality of life and accelerating the changes that our countries need. For this reason, we will continue to promote digitization that allows us to build an agile and innovative relationship with more and more users in the industry, accelerate the progress of financial inclusion and, thus, the development of our country”Pasquel concluded. 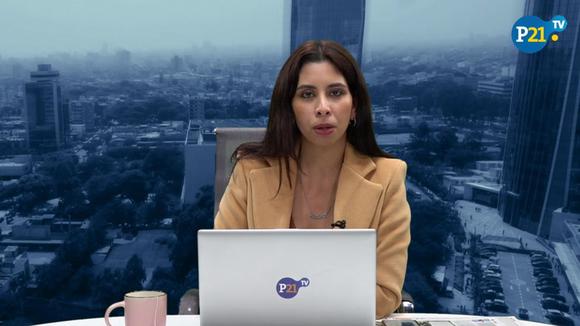 For two years, the pandemic of COVID-19 it became one

Leonel Fernández warns at the UN about a serious learning crisis

The first semester closed with the sale of 26,300 vehicles 0 km

The 0 km vehicle market closed the January-June semester with

The President of the Republic, Nicolás Maduro, expressed his regret

Leonel Fernández warns at the UN about a serious learning crisis

Congress of the Republic begins debate on the return to bicamerality

The Congress of the republic This Wednesday, July 6, the debate on an opinion that establishes

Javier Pacheco: “This Mr. Hugo Espino met directly with the Minister of Housing”

In this interview, Attorney Javier Pacheco explains what are the elements that must be taken into

I lent him money and he doesn’t want to pay me: Know the legal measures you can take

According to attorney Luis Rodríguez Allca, partner of the Gálvez Monteagudo Law Firm, a loan It

[Opinión] Jessyca Sampe: What to thank our teachers today?

Attorney General was denounced before the Public Prosecutor’s Office