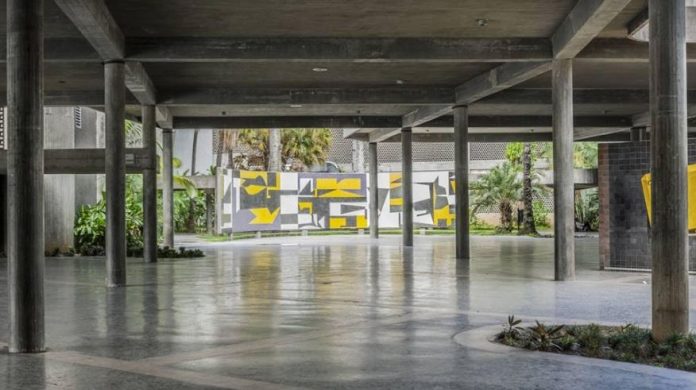 In the text, focused on the working conditions of the university sector in Venezuela, the OBU maintains that public universities survive with budget deficits of over 90% in institutions that are not controlled by the government, that is, those that have stood out for its greater experience and plural conception.

Teachers who do carry out activities conducive to scientific, technological and humanistic development do so as a result of individual action and not as a response to an official policy of stimulating the production of knowledge, through financed projects as was done in other years. but of the complementary activities to the teaching or to the particular interest that exists in part of the community, indicates the report.

«In the field of teaching there is a stagnation, only 29% of the professors are in the tenured category, which is the highest ranking, which is reached after 15 or 20 years of service, research published in scientific journals and with completed doctoral studies”, it reads.

One of the reasons for this stagnation is due to the lack of motivation for promotion, since in terms of salary the difference between one and another consecutive rank varies between 8 and 12 dollars.

The percentage of teachers who are in the highest ranking, explains the OBU, could be lower. However, the figure that is currently maintained is due to professors who have the time of service to enjoy retirement or are already retired, but have not left their positions or rejoined the university, due to the lack of teachers that exists. in educational institutions.

«The organization of work in the academic function is based on having knowledge for the teaching exercise itself, plus the ability to study and access new knowledge, until reaching the achievement of the creation of scientific knowledge. However, currently university teachers do not have the possibility of accessing digital libraries from their study houses because 78% do not have them or do not know if they exist, as Enobu 2021 showed, “adds the OBU bulletin .

The impossibility of accessing digital libraries represents a considerable delay for teachers compared to their peers in other countries, since these platforms have appeared for at least 20 years as alternatives to physical libraries.

“Similarly, access to subscriptions to specialized scientific journals is hampered by the budget suffocation suffered by the universitiesfor example, public institutions not controlled by the government, which had been the most competitive in the investigative field”, he points out.

The OBU also denounced the difficulties that educators in the country have had to face by having to teach classes from their homes due to the pandemic.

These “new” work spaces present precariousness in terms of public services aggravated by inequalities by region.

The bulletin also highlights the desertion of students and teachers in the context of precarious work and study conditions.

“The University of Los Andes (ULA), according to data from its General Directorate of Planning, reports that between 2012 and 2021 enrollment fell by a total of 29,326 students, while 1,825 professors and 1,494 administrative, technical or labor workers resigned from the institution. », he maintains.

Among the reflections presented by the OBU, it emphasizes the need to resume the role of the State as guarantor of a constitutionally enshrined human right and its obligation to reverse the situation in which higher education finds itself in the country.

60% of university professors do not carry out research activities

88% of teachers in public and private institutions in the

The Spanish League denounces PSG and Manchester City before UEFA

The Spanish League has filed two complaints with UEFA against

President Jair Bolsonaro signed a bill that amends legislation in

Maduro meets with the president of the National Assembly of Kuwait

This Tuesday, the President of the Republic, Nicolás Maduro, was received by Marzouq Al-Ghanim, President of

AN receives members of the Brazilian parliamentary friendship group

Summit of the Americas: struggle between carnivorous and vegetarian lefts