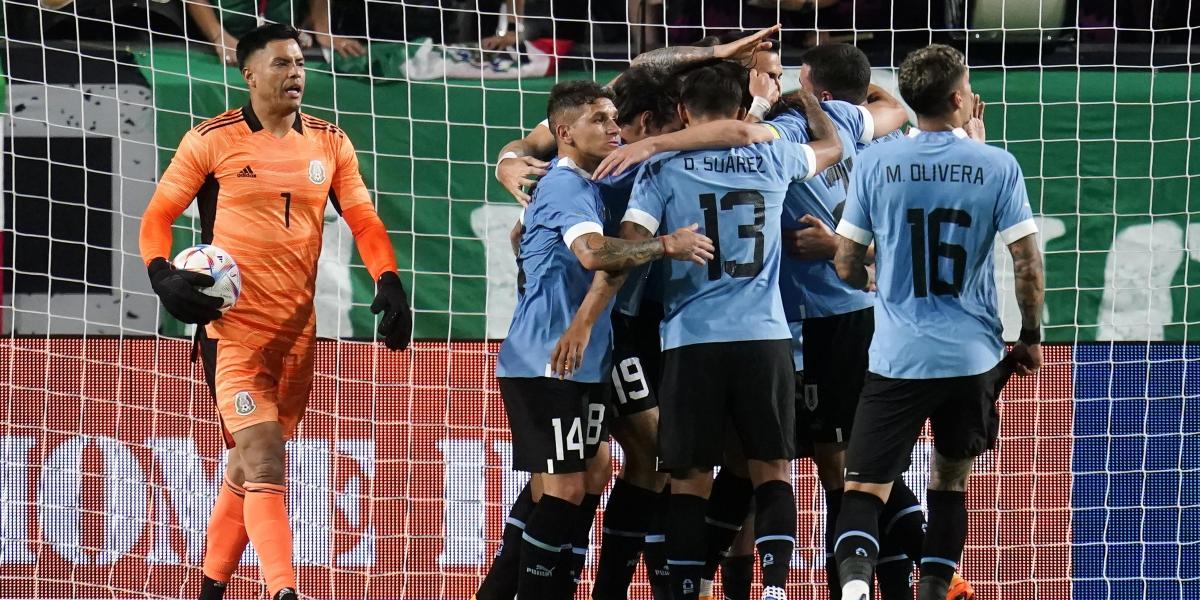 Perhaps the only look of concern on an almost perfect night for Uruguay in Phoenix, United States, was the departure of Ronald Araujo at 29 minutes. The unofficial explanation was a pubalgia that the soccer player had been dragging since previous training sessions, and that had questioned his participation in the first friendly match for the sky-blue team on North American soil. He finally played, but lasted only half an hour.

Before and after, Uruguay commanded, almost as a visitor, in a stadium full of Mexicans, in a frankly Latin zone.

The light blue is a kind of balm for the soul for its footballers. Edinson Cavani was only on the field 11 times in 2022, and most of the time he did not complete 90 minutes. However, as the starting striker in Diego Alonso’s team, he returned to the display of his best days, played 75 minutes, and sealed the night with two goals. The first in exact definition after Facundo Pellistri’s play on the right. The second, a great goal, with a great shot from 30 meters to a pass from Mathias Suárez.

He reached 56 goals with the light blue, second historical scorer behind Luis Suárez. In case it was necessary, he revalidated credentials after a poor season at United, to open doors for the European summer market.

Facundo Pellistri was ignored at Alavés. The summons of him first, and his ownership later, in January at the beginning of the Alonso era with Uruguay was surprising. But he was key in the last four games of the South American Qualifiers. And last night, against Mexico, fundamental again. He opened the game on the right wing.

An overflow of his led to a shot off the post by Fede Valverde at 13. He enabled Cavani, for his first goal, but he is also a key tactical piece, with permanent back and forth in his sector.

Fede Valverde arrived in the United States after a strenuous League and a demanding Champions League final in Saint Denis last Saturday. She returned to Madrid, celebrated the title, crossed Oceáno, and this Thursday she completed the match against the Mexicans, with a display that borders on the exciting. All terrain, and a key piece in the light blue.

Matías Vecino lost his footing in the Italian Inter, he hardly played in the last two months, and now he is looking for his destiny in another club. But in the light blue he was a starter, he physically responded wonderfully, and opened the can in the first half, after a corner served by Valverde, an anticipating header by Cavani, a rebound by goalkeeper Talavera, and an arrival through the center of the small area. , before Josema Giménez and rival defenders, from Vecino.

This Uruguay of Alonso accumulates five consecutive victories, four official for Qualifying and last night against Mexico. He only received one goal. He ratified Sergio Rochet as a goalkeeper. In addition, the DT was played against the Aztecs for a bottom line that can be interpreted as a definition: Ronald Araujo, Sebastián Coates, Josema Gimenez and Mathias Olivera. The historic captain Diego Godín was left on the substitute bench.

Last night Luis Suárez and Rodrigo Bentancur were absent due to injury. The World Cup is coming up in November. Uruguay, silent, cultivates its illusions.

Perhaps the only look of concern on an almost perfect

ANSES: who gets paid this Friday, June 3

Carabineros regrets the death of Corporal 1 in procedure in Florida: “We are very sorry as an institution”

The 1st Corporal of Carabineros, Samuel Tiznao Rivasdied this Wednesday

ANSES: who gets paid this Friday, June 3

The Argentinian Nestor Lorenzowho currently directs the Peruvian Melgar, was announced this Thursday as the new

With goals from Ismael Díaz and Cecilio Waterman, the selection of Panama beat this Thursday by

The Tricolor prepares for Qatar

Comfortable victory for Ecuador against the African Eagles. Domínguez earned his salary in the first half

Neymar, protagonist in the goleada of Brazil to South Korea

Brazil beat South Korea 1-5. Neymar scored a penalty double, the other goals were from Richarlison,